Ask Karun: What Le Mans is like through the eyes of a racer

Arjun Devarajan: You have just finished an exhausting race at the 2015 edition of 24 Hours of Le Mans. Can you describe to us what Le Mans is like for a driver? In terms of emotions, in terms of the physical stresses a driver must experience, in terms of the mental strength required? What is it like for a driver to have to co-operate with his team-mates because they are all driving the same car, and despite them having different driving styles, the car needs to be set up to suit all of them? In any other series is it more just a case of each for themselves?

KC: Le Mans is a magical event like none other. We spend a week out in France just for the race but for the teams, it's a full month of hard work. Driving during the night stints on a very fast, dangerous circuit with hardly any sleep is one hell of a challenge, I can assure you. Doing triple or quadruple stints when you are in the car for three or four hours at a time takes a lot out of you - physically, mentally and emotionally. It really is a rollercoaster ride emotionally because just when you think things are going well, there's inevitably a sting in the tail that makes you come crashing back down to earth. Sharing a car with two other drivers is a bit tricky. You really need to get along with your team-mates, otherwise things can become very complicated for you and the engineers. The car needs to be set up to suit everyone and you really need to be able to work together with no egos to help each other along - something very different to single seater racing where your first objective is to beat your team-mate. 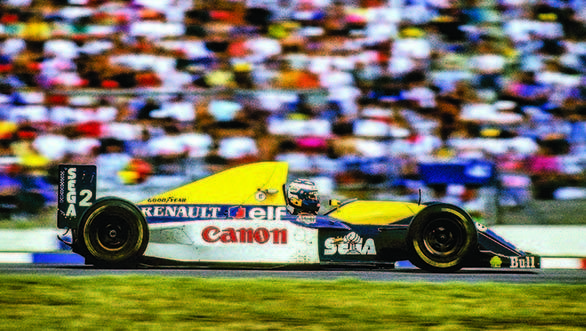 Arup Nanjappa: What's your opinion on the various eras that have gone by in Formula 1? Do you think that one era was more exciting than another? What was your favourite era and why?

KC: Interesting question! I think the cars in the late 1980s and early 1990s were awesome. Lots of power and a reasonable amount of grip but not overcomplicated aerodynamically so the racing could still be close. The drivers back then could really make a big difference to the result whereas today you are very heavily reliant on the car to get a result. There were also some major stars in that era - Alain Prost, Ayrton Senna, Nigel Mansell, Nelson Piquet, Gerhard Berger, Jean Alesi etc. You had Ferrari, McLaren, Williams, Benetton, all winning races, but you would also see smaller teams like Minardi, Jordan, Tyrell etc being able to sneak in the occasional podium or top six finish, which they have no chance of doing now because the gulf in the budget between the top and bottom of the grid has become huge!

Priscilla Thomas: To the casual observer, F1 seems to have gotten a little stale now. It's the same teams that have the resources to perform well that are at the top of the championship. There is barely any passing and the V6 engines are much quieter. Do you think the new rules will make F1 exciting again?

KC: To be honest, I don't really subscribe to the view that F1 has become stale. It still has great teams and drivers. The reality is that now we have a situation where one team is hugely outperforming the others and therefore people are getting a bit bored. This happens in cycles - think about the early 2000s when Michael Schumacher and Ferrari were winning everything, but a few years later, it had all changed. We're clearly in a period of Mercedes dominance and this can't really be fixed - it's come simply from one team doing a better job than the others. You can't ask them to do a worse job! And therefore, it's up to Ferrari, Renault and Honda to come up with better engines to fight at the front. When that happens, people will be excited to watch again. I don't think things like refuelling will help - that's why we got rid of it in the first place!