Pratik has a big passion for cars and belongs to a family of distinguished artists. His grandfather Indra Sharma was well known for his depiction of gods and goddesses. Deriving inspiration from the Puranas and the Upanishads he kept alive the sacred tradition of Indian art through his paintings. Indra Sharma used to say, "For me painting is my prayer, painting is my puja". 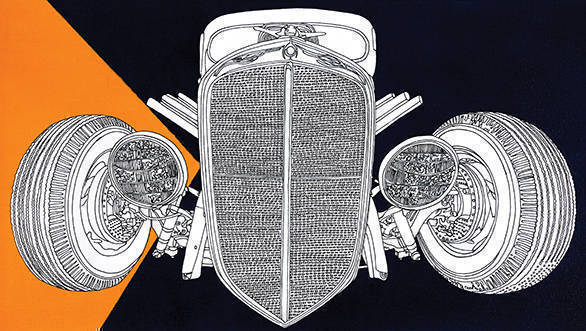 Pratik's father Charan Sharma is also a respected name in the world of Indian contemporary art. He has won acclaim as a painter of unusual themes like decaying ancient Havelis or mansions that once housed Rajput nobility. He also paints puppets and toys and the Buddha and monks. Pratik's mother Nimisha Sharma is an artist too and experts say her abstractions are bold, dynamic and full of energy. Pratik Sharma's love affair with cars started in his childhood and he says it is this that has infused his art. He has been painting cars since 2008 and Pratik says, "My cars are in black and white because I like the directness, simplicity and the graphic impact of black and white. It allows the viewer to imagine the colour of the car and interact with the canvas. This way the canvas becomes more interesting and engaging". This whole concept of painting cars in black and white against brightly coloured backgrounds, is in a sense, Pratik's unique calling card and something that I personally find very appealing.

Pratik has a big range and his painting sizes vary from 12" X 12" to massive 44" X 96" artworks. He works on several canvasses at a time and it takes a few months of intense work for him to complete a series. He paints everything from Lamborghinis to Volkswagens and from Fiats to Fords. But he is particularly fond of American cars and 'Hot Rods'. Pratik says, "America has a great car culture and people there are sentimental about automobiles. Cars are part of human existence there and they celebrate car shows and car related events as festivities. There cars are just not vehicles which take you from point A to B, they mean a lot more. I also appreciate the American fondness for everything 'big'. For most Americans it's all about going fast in a straight line. Hot Rods were created in the 1930s by bootleggers to flee from the cops. They were souped up street cars with more power. Ever since, America has a culture of creating Hot Rods. 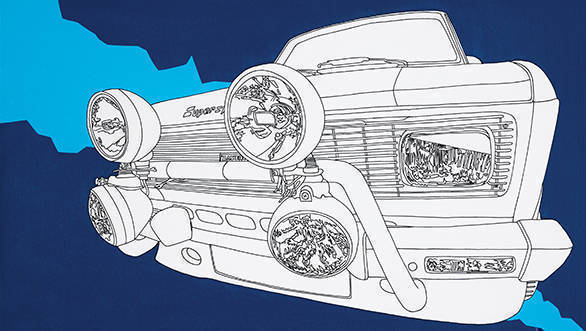 They have a sense of indulgence and unique body structures that really fascinate me". Pratik adds, "One of the biggest compliments of my life was paid to me by Chip Foose, the legendary American Hot Rod builder, automotive designer and star of the reality TV series 'Overhauling'. Chip has served as a guest judge on Discovery Channel's "Ultimate Car Build-Off" and has hosted the documentary series "American Icon: The Hot Rod" on Discovery's HD Theater. When I met him in the U.S and showed him some of my work he said, Pratik keep up the great artwork". 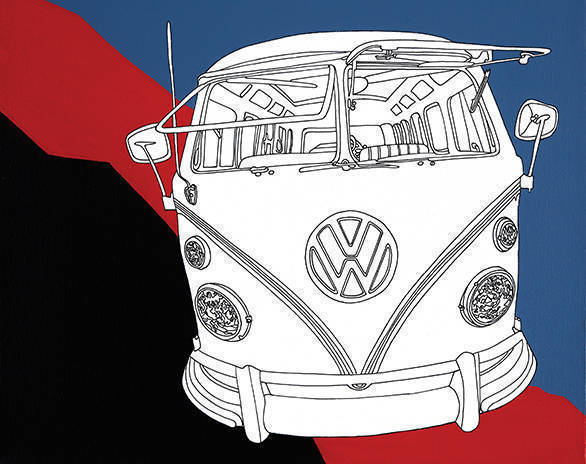 Pratik has had several exhibitions, his latest being in Mumbai in February and March, and he says buyers of his paintings are from all age groups and he even has some people in their 70??????s buying his paintings. Though Pratik graduated in product design from Raffles Design Institute, Singapore and studied relief sculpture at Art Student League, New York, he is now convinced that what he really wants to do is keep painting cars on canvas. His passion and talent are evident in his paintings and his fan following is sure to increase.