The Western Ghats lining Maharashtra are a blessing for the corner seekers among us. Any ride along these twisties will land you at a beautiful spot. Among the better of these spots and a personal favourite now is Bhimashankar, a wildlife sanctuary which also houses a popular temple of the region. 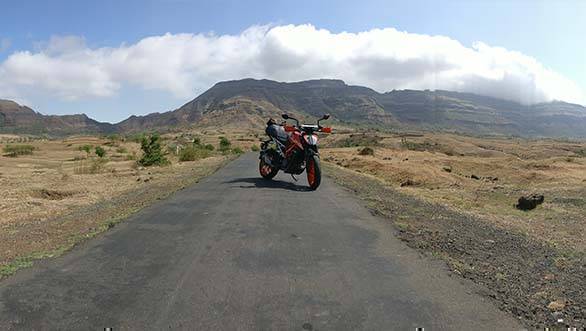 Leaving from Koregaon Park in Pune early helps avoid the city's morning congestion, which could extend all the way to our next landmark on the route, Chakan. For this, we would advise opting for the Alandi Road which with its smooth four-lane surface will get out of town in a jiffy. Surfacing work on some sections here was still ongoing when used the road.

From Alandi, the road towards National Highway 60 and Chakan is narrow and gets busier as the day progresses. From here, we head to Rajgurunagar, a major junction on this route. The 4-lane NH had been recently resurfaced here and is an absolute breeze to ride on. This is also where we get a first look at the Ghats from a distance.

Eagerness to ride up the hills mounts with each passing village, and we decide to break for tea and 'kanda bhajji' (onion fritters) at Narayangaon, having covered 77km. In the town centre, there are a line of tea stalls and having tried tea, snacks from at least three of them on different occasions, there isn't just one we'd recommend. They all had refreshing chai to serve. 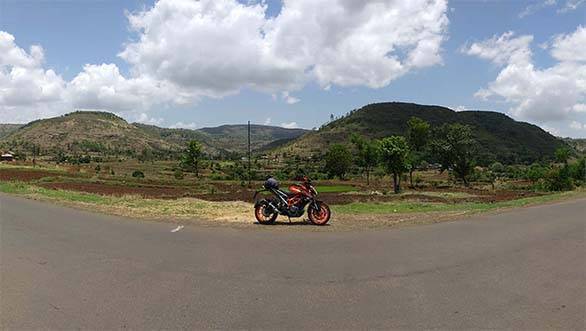 16km from here is Shivneri Fort, the birthplace of 17th century Maratha ruler Chhatrapati Shivaji Maharaj. Having made it here in good time, we decide to detour to another beautiful location in the vicinity, Malshej, through Junnar on State Highway 111, where we will rendezvous with some friends riding from Mumbai.

The view from the Malshej MTDC Resort is otherworldly with the clouds rolling off the peaks in quick succession, signalling the arrival of monsoon. From here, we head back towards Junnar, an area known for its large number of leopard sightings. It is also home to the Manikdoh Leopard Rescue Centre, the only one of its kind in the state.

All the towns we have hit along the way have historical significance owing to falling on an old trade route between the interiors of the Deccan and the western that dates back to the first millennium. Yet, the area retains a rustic charm with narrow two-lane blacktops, and is not without a few bumps. Lined with tall grass and trees interspersed with open fields, the popularity of the route is seen in the number of small eateries you come across every few kilometres.

However, be warned that fuel stations along the interior roads are sparsely spread, and it would be advisable to fuel up on the NH, before beginning the ascent. Riding up the Ghats, we head towards Ghodegaon, a quaint town with friendly residents, and turn towards Bhimashankar from here onto SH112. 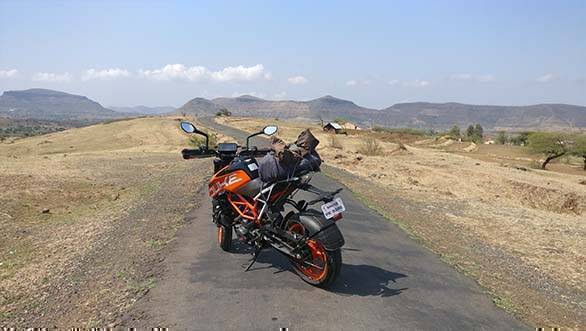 The entire ride up the Ghats is an experience in itself and you will want to stop every few minutes to take pictures, or simply to take in the view. Traffic movement was limited and on most stretches we found ourselves all by ourselves, but for the odd transport UV or cabs headed to Bhimashankar. With infrequent vehicle movement comes another challenge found in India, stray animals and grazing cattle.

We came across a few herds of cattle and sheep that were crossing the road rather nonchalantly. So you would be best advised to stick to the prescribed roadside speed limits. The tarmac, uncrowded twisty roads and small towns went by in a blur. My favourite part of the ride were the half-dozen long sweeping curves we hit along the way. One would not tire of riding through them.

The narrow highway led us to Blue Mormon Resort in Bhimashankar, where we freshened up, before a short 5km ride to the Bhimashankar Temple, which is incidentally located within the Wildlife Sanctuary. The trip to the temple must be planned well, however, as during certain months a few lakh people visit it and it can take as much as an hour for 'darshan'. The time spent riding or driving here was well worth it. And the view of the valley, especially from behind the parking of the temple, will become a memory for anyone who catches a glimpse.

We returned through Ghodegaon the next day but hit the NH60 earlier, through Manchar. The SH112 was the best stretch of road, with good surfacing and varying gradients as well as sharpness of curves. The ride down was a through workout, but landed smack in the middle of a small highway jam. Having cleared this, the return leg was relaxing ride home.

The roads, being narrow, get slippery and hence risky as the region experiences heavy rainfall during monsoon. While this slows down most riders and drivers, the view only gets that much more alluring.