Book review: How To Build a Car by Adrian Newey

Every autobiography seems to promise that it will be "tell-all", but more often than not, very few are. Imagine my surprise, then, when I discovered Adrian Newey's How To Build A Car, didn't make any such claims, but delivered nonetheless. Newey, otherwise famous for being somewhat reticent, has adopted a rather casual manner in which to narrate his life story. One imagines that this is the manner in which he'd tell the story to an old childhood chum. Which probably is also the reason he spills the beans on so very many people. 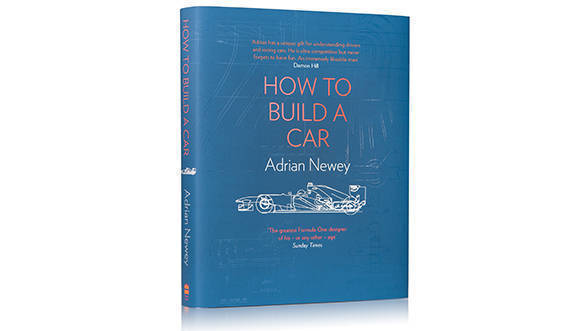 While he's quick to acknowledge the people who helped him along the way, he doesn't shy away from telling us of the people he isn't fond of, while also detailing exactly why. While the title of the book suggests that it might be something of a heavy read, it really isn't. Told chronologically, the book details how his love for tinkering with cars and his love for motorsport set in at a young age, how he wasn't particularly good at lessons, and how he learned early how to bend the rules and find loopholes that would suit him. His early years in the sport not only give you a picture of how he managed to design the cars that he designed, but also speak of how his personal life was unfolding - often in not the pleasantest of manners.

Most interesting is Newey's take on the very many people from within the motorsport fraternity that he worked with - what he thought of Mario Andretti, Ron Dennis, Ayrton Senna and the fact that he designed the car that Senna was driving when he died - it's all in here. This is one for the ages.