Adam Parr, the former chairman of Williams, is a rather scholarly gentleman. This is in evidence from the very beginning of Total Competition, which he's written in collaboration with Ross Brawn. In the immediate aftermath of Parr's dismissal from Williams, a story that you can read all about in his first book The Art of War: Five Years in Formula One told in the graphic novel format, he decided to pursue a PhD in that very subject - the art of war. This gave him the idea for the comic book that he was writing, and also helped him focus his attention on a subject that is now clearly something of a favorite for him. But when he decided to write his second book, also focusing on how to wage canny battles in the world of Formula One, and how to win them, he decided he wanted the perspective of a person who had thoroughly succeeded in the sport. And to him, there could be no better example of success in Formula One, than Ross Brawn.

Told as a series of conversations between Brawn and Parr, Total Competition is like a very intense and seemingly endless interview. The book is divided into three parts. The first focuses on Brawn's career - how he rose through the ranks of Formula 3 and then through Formula 1. It focuses on the people Brawn surrounded himself with through his career, who he learned from, and how he learned from them. The fact that it's a narrative makes it easier to read, since instead of a summary of Brawn's career, you get to hear the highs and lows of it all in his own words. You get his perspective, on almost all things relevant from the Benetton days, to the years of great success and Ferrari, the tough times at Honda, the glorious one year of Brawn GP, and the slightly unfamiliar (in the way the team was structured) atmosphere of Mercedes. And you get to read exactly what he thought of very specific incidents in motorsport - whether it was Michael Schumacher's fiasco at Rascasse in Monaco in 2006, or the incident between Schumacher and Villeneuve in 1997. Brawn talks about all of it. 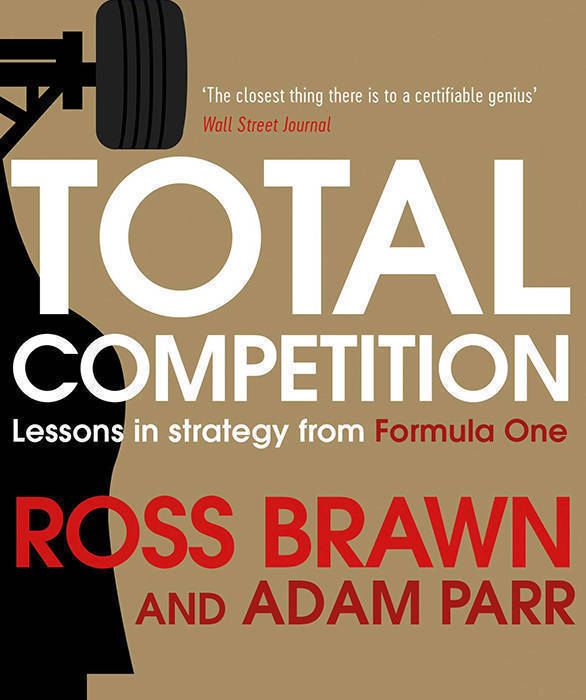 But it's the second part of the book - The Three Dimensions of Strategy - that Parr hopes will attract the attention of non-F1 fans as well. In it he focuses on finding out what areas Brawn paid the most attention to as he set off on his quest for success in F1. From trying to understand Brawn's extremely structured approach in day to day life - a preventive measure against his own inherent laziness - to how to deal with employees, co-workers and employers, Brawn and Parr talk through it all. Prospective employers and entrepreneurs might be aided by this section of the book, although I'm not convinced that anyone with no interest in F1 will actually be able to read this entirely. There are sections where Brawn speaks of how much autonomy to allow an employee, how to keep an overview of every aspect of the team, without micromanaging, and the need for the captain of the ship to take complete responsibility for any mishaps along the way, whether they were his active doing or not.

It's this section of the book that's also slightly slow reading, because there is some amount of focus on the principles listed out in Sun Tzu's The Art of War. The discussion revolves around whether or not it's possible to apply these principles to effective strategy in F1, and what each of them thinks of this. I'd have been quite happy if these bits had been left out entirely. Even though I feel bad saying it, because this really is what Parr has attempted to structure the book around.

There are other high points though. What I did like most in this section was the part of the book where Brawn and Parr both talk about their own failures. In Parr's case when he failed to negotiate successfully with Bernie Ecclestone. And in Brawn's case, the fact that he wasn't able to survive a situation within Mercedes, where there were multiple heads of the team - Toto Wolff, Niki Lauda, Norbert Haug and more. And the slight regret they both feel at these failures. It is not often that you get to read about failures that followed great success, in the words of the people who lived through them, and it's quite refreshing and honest.

Another plus point for the book is the way Brawn is able to sum things up so eloquently. There are a few good lines in the book that make you think. Like when he talks about choosing to give up on short term success in the quest for long term success. "If you keep piling in the resources on the problem you have today and never allowing some resource into the future, then you will never have that future," he succinctly says.

The third section of the book is essentially just Parr going over the observations he's made after speaking at length with Brawn, with a few of his own insights thrown in. Again, I'm not sure if it was needed, but it's his attempt to make this book an effective tool for a business person.

Read the book if you'd like an intelligent take on Brawn's years in F1, and a relevant voice about the rights and wrongs that are involved in the decision making process in a high pressure sport. Made even more relevant by the role Brawn occupies in F1 today. But approach it with some caution, because this isn't written in the typical motorsport biography fashion. Take the subtitle Lessons in strategy from Formula One seriously, and you'll get through it nicely. It makes for an engaging read.