The cafe racer culture, as the Royal Enfield guys have ensured you know in graphic detail in the process of the launch of the Royal Enfield Continental GT, was a product of the 60s and the 70s. Ton-up boys and Rockers were the other names ascribed to this culture which, at the most simplistic of levels, involved leather clad lads on spartan motorcycles with long tanks  and dropped bars who raced each other on the British highways from cafe to cafe. The ton reference is clearly to 100mph, aka The Ton, or 162kmph, the speed the motorcycle had to be able to hit to be taken seriously. And if you want more British than Royal Enfield then you can now have the Triumph Thruxton, which looks so right that grown men with red blood are likely to swoon when they cast eyes on it. 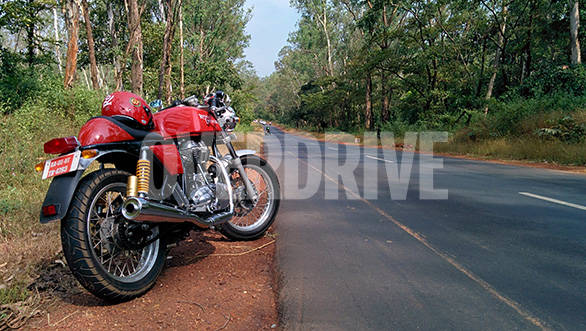 This was a time when motorcycle performance wasn't as easy to come by or guaranteed as it is today and the cafe racer was very much a garage built, emotionally charged thing rather than the factory production cafe racers we are seeing today.

Today morning, I woke up to the sudden realisation that between November 25 and 28, 2013, India suddenly has two cafe racers that you can buy.  And there is no dearth of people who will turn your motorcycle into a cafe racer if you have the outlay and the desire and some of them, do a really stunning job as well.

How did this happen? Globally the sudden lack of movement at the very top end of motorcycles that arrived parallel to the global economic doom and gloom shifted the focus of motorcyclists to other things. For long we'd looked upon the 200PS motorcycle as the dream but the reality was the only the smallest chunk of people would actually (ever) live that dream. The actual motorcycles they bought would be smaller and less expensive.

On the other hand, globally, speed laws and insurance rates further ensure that you're never using more than 20 of the 200PS so the whole exercise was a bit futile. Which is why suddenly, the quiet subculture of smaller, more evocative motorcycles gained a lot of momentum. Names like Deus Ex Machina, Solitario etc gained prominence, working on smaller, simpler motorcycles, creating starting customs that crossed format lines and gave birth to motorcycles that looked great but more importantly, worked in daily life and not just at ten-tenths on a racetrack.

In this movement was the beginning of the resurrection of the cafe racer, as also the dirt tracker and all manner of hybrids that borrow from both genres. And while no manufacturer even now has offered a factory dirt tracker, cafe racers are more common and as I said, two are on sale here.

What does it mean for us in India today, then?

Originally, the cafe racer was a bike stripped to the bone to handle as well as possible and go as fast as possible. By the mid-70s, the stripping away of embellishment turned into a design process which achieved the right look but didn't really lighten the bike or give it wings. Historians blame the loss of focus on function as the reason why factory cafe racers - and many, many manufacturers made them in the late 70s - faded away. The central reason is simple to appreciate. The performance and handling came at the expense of rider comfort and ride quality. Take the handling advantages away and you have only a great looking motorcycle that goes no faster, handles no better but gives you a backache. Yes, not something you'd spend money on.

The Royal Enfield Continental GT cannot be called a stripped to the bone version of the Thunderbird 500, obviously. The company has put in a lot more effort into the motorcycle and their focus and heart has been in the right place. Which is why there is an all-new chassis, aluminium rims et al. The fact that the Continental GT isn't a side-effect of development, it was one of the goals. The engine is less new. The bigger 535cc version of the 500 uses a lighter crank and makes a bit more power. When I rode it, it felt quicker to rev up though in an unfamiliar environment - Britain - it was hard to tell how much quicker the GT was than any of the other Enfields. 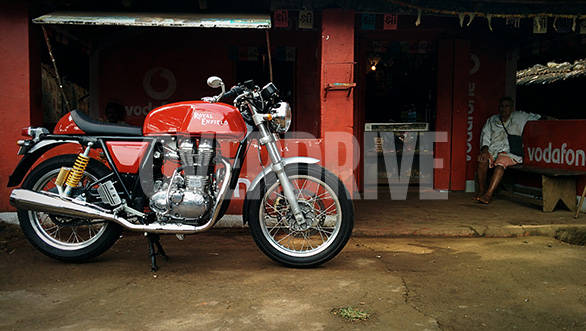 The styling is where Royal Enfield have scored a direct hit. The simple lines of the GT give it a sense of taste and class that I've not seen before and trust me, the beauty of classic proportions is that no matter whether it is the first time you've seen it or the millionth time, the appeal endures.

The final piece of the jigsaw fell into place beautifully when Royal Enfield priced the bike at Rs 2.05 lakh ex-Delhi. Given the price of the Thunderbird 500 and the amount of stuff RE is importing for the Continental GT, I was expecting a price more than Rs 50,000 higher. So apart from the fact that the GT doesn't actually hit 160kmph in factory tune, there is little to complain about. Well two more things - the exhaust you see in all of the pictures isn't a standard part of the bike and those lovely bar-end mirrors aren't either.

The other cafe racer is the Triumph Thruxton. I first saw the Thruxton as a song in silver with gleaming chrome in the parking lot at Silverstone at the British MotoGP earlier this year. But I was in a rush at the time to catch the Barry Sheene race bikes so I actually saw the Thruxton up close only at the launch in Delhi. They'd rolled out a bike in a strange green with gold stripes but despite my reservations about the colour, there is no doubt that the Thruxton looks terrific. It doesn't really work around the Bonneville platform for more performance but in proportions, it is absolutely terrific. And a flat silver paintjob would look absolutely terrific. Of course, at Rs 6.7 lakh ex-Delhi, this is a lot more expensive than the Royal Enfield but at 69PS, it is also more than twice as powerful as the GT.

Then there are the non-factory cafe racers. For example, this black beauty, which belongs to Vikrant Singh, is based on the 1996 Machismo 350 that belongs to his elder brother. The bodywork is a Rs 35,000 kit developed by JCMoto (this price is from two years ago). Vikrant, of course he is biased, thinks his bike looks better than the Royal Enfield. How he explains it is that his bike looked older school and is actually garage built rather than factory produced. It doesn't enjoy the cleaning of the lines that the Continental GT has received, but he enjoys that a lot. Another styling element is that the JCMoto kit retains the original nacelle. 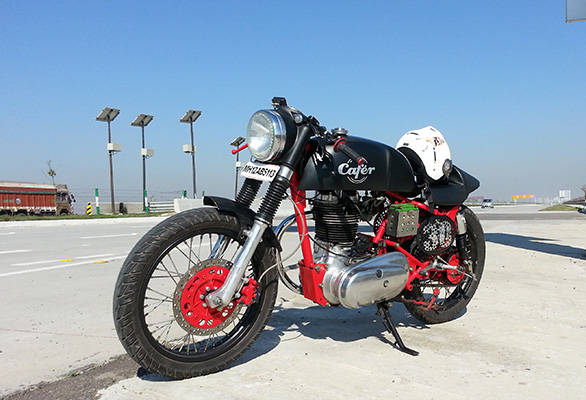 The final cafe racer I'd like to highlight is this beautiful bike in blue built by Rajputana Customs for Numero Uno, the denim company. There is a simplicity and spartan-ness of line that stands the bike in good stead. From the beefy bits on the chassis to the deliciously oversize tyres, this is tremendous looking motorcycle. 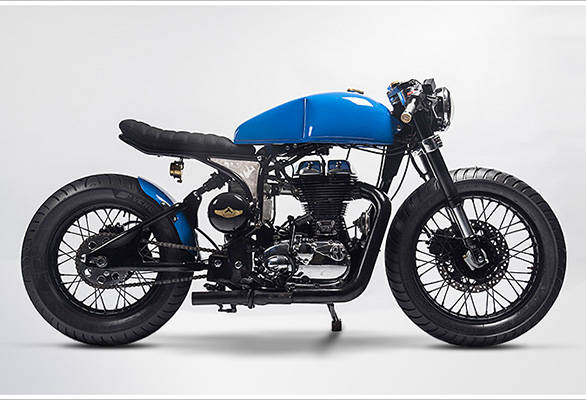 What you need to remember about cafe racers is that while they offered more performance through lightness, comfort was never a key focus. Which means all of these bikes will not be the most comfortable bike in your garage. But as it stands today, there is almost no other kind of motorcycle that is cooler.