Dakar 2014 from a lensmans perspective

Dakar photographer Marc van der Aa takes us behind the scenes of the Dakar, recounting three of his personal anecdotes as he followed the grueling rally raid in its 2014 edition:

After driving the wrong way and getting lost in the mountains at night, we barely made it to pass the border between Argentina and Bolivia in time. The idea, just as the organisers had recommended, was to get to the little town of Tupiza, where the Dakar Rally would pass through, which was another 5 hours by car. We just made it across the border, to the town of Villazon though. Here the Dakar would be entering Bolivian territory for the first time so we figured this wouldn't be too bad either. Great was our surprise to find thousands of people gathered at the stretch where the bikes and quads would race through. The community leaders of the highlands had gathered, making sacrifices, while a huge mass was on the hills, awaiting the first pilots to arrive. And as it was an important event, Bolivian president Evo Morales himself would attend the arrival of the participants. To our surprise, we were the only international press present at the spot, so we took advantage, did some small talk with the president's personal advisors who were at the spot and managed to be able to welcome the president at his arrival as the only international media around, getting an exclusive interview with him! 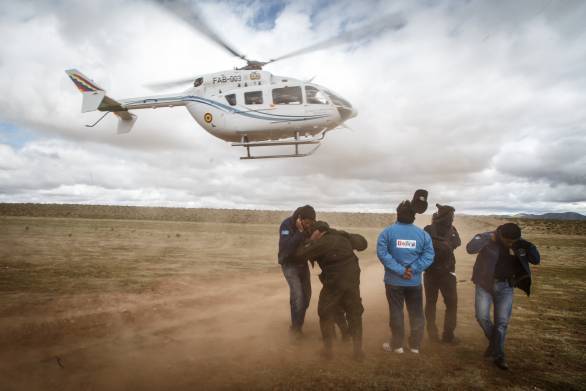 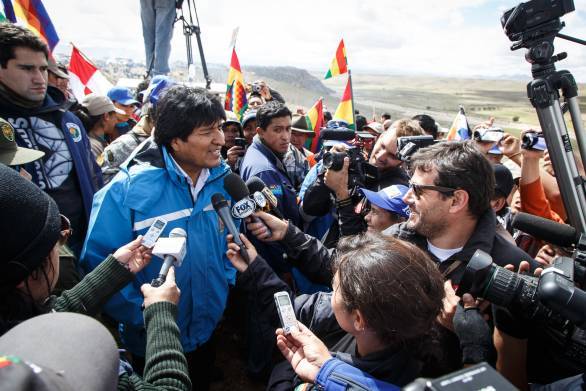 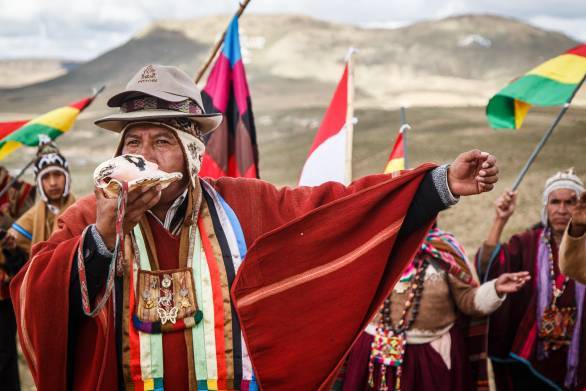 Bolivian locals conducted sacrifices at the venue, wearing a Dakar cap over and above everything else!

The Dakar is a true assault to your condition. Long days of work in the merciless sun, eating dust till you are so sour you can no longer swallow. So after a long day of work, it is essential to get some rest. Say that around 85 percent of my sleeping time took place in the rally seat of our vehicle. Not the most comfortable. The first days you kind of feel your neck hurt, due to the jumping and tumbling, after that you get used to it. Though there is nothing better than to stretch out horizontally every now and then. In San Rafael we arrived late at night after an intense day and after some more meetings and food, around 1 in the morning we finally laid down on the concrete of the local racetrack for a quick two hours of sleep. About an hour and a half later I suddenly woke up, not really understanding why. Was it an intense dream? In a split second I felt this terrible pain in my neck and realised it hadn't been a dream. I got up and zipped open my tent. Next to it was a huge tire laying there. A bit confused and by now pissed off, I started walking up the hill, to where guys were loading wheels onto a truck. "Any chance you guys are missing a wheel," I asked. "Yes, sorry, we'll go get it in a second," they replied. Thanks a lot for that 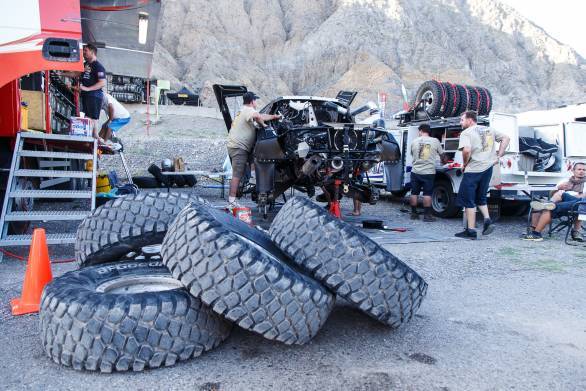 We drove through a great part of the night to get to the so called press point for the next day. To get to the exact GPS coordinates, we drove through this beautiful gorge, high rocky walls on both sides, some bushes to the side. The perfect place to take a picture I said to my fellow team members. Though after a quick vote, they preferred to continue driving to find another spot. A bit fed up with this, as I had already found the spot I liked best, I decided to walk the other way once we parked our car. The other photographers of my team took a left, walking between the mountains and I, stubborn as I am, decided to take a right. I ended up on top of the mountain, impossible to get from there to lower down towards the road where the competitors would be passing. So I decided to hang around for a little while, at least take some shots of the first pilots to pass by, before heading down to where the real action was. Eventually one of the pictures I shot from this location turned out to be the winning photograph of the Dakar Rally ten days later. A wrong turn was all it took... 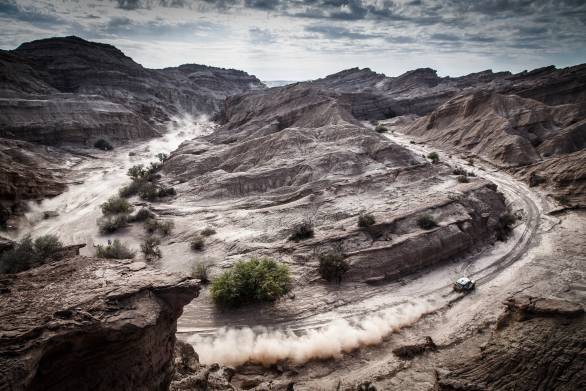