Everything you need to know about Rush the movie

Formula 1, in the Seventies, was tremendously exciting. It was a time when the racing was fast and dangerous, as was, now that we think about it, everything else. In that era there were some drivers who stood out. Either because of their skill behind a race machine or simply because of the characters that they were off track. James Hunt and Niki Lauda were two such drivers.

And Rush, a biopic directed by Oscar-winning director Ron Howard, tells the story of these very drivers and their on and off track shenanigans. While Hunt was a British playboy, who would do exactly as he pleased, refusing to conform to the general decorum of the F1 paddock, Lauda was quite the opposite. The Austrian driver was hardworking, conscientious and incredibly determined. What they had in common, though, was a desire to win. And it was this that saw them ensnared in a battle of epic proportions - the chase for the 1976 Formula 1 title.

How did Rush happen? 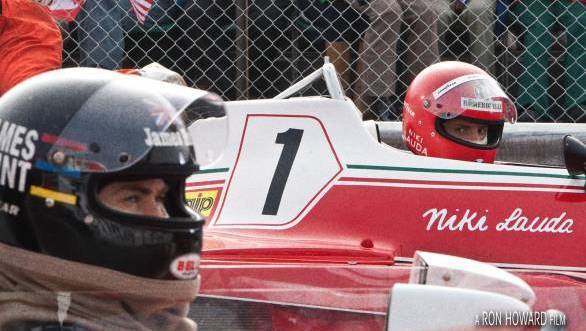 Well, turns out that Peter Morgan's wife was a friend of Niki Lauda. Given that Morgan was a writer, he couldn't resist the chance of telling this story to people around the world. Thus a script was written, and producers were found, including Eric Fellner one of the men behind Senna. Finding funding for the film proved to be tricky, though, especially in an American market where the interest in Formula 1 wasn't particularly high. So you'll find that Rush is largely independently financed. Director Ron Howard himself had to go out and sell the story idea to investors to convince them to back the movie. 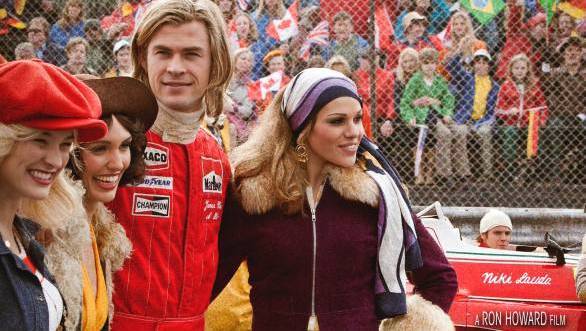 When you think of him as the brawny Norse god Thor, Chris Hemsworth doesn't seem like the idea person to play James Hunt. But when you look at the movie posters and take a look at the trailers for the film as well, you can see Hemsworth's transformation into Hunt. The shoulder length blonde hair, the McLaren racing overalls, the somewhat cocky demeanour. It all works very well, and seems quite a lot like the James Hunt we've seen in videos and read so much about. The same can be said for Daniel Bruhl who plays Niki Lauda. From the hairline to the teeth, Bruhl looks so much like the Ferrari world champion it really is uncanny.

What about the cars and the racing? 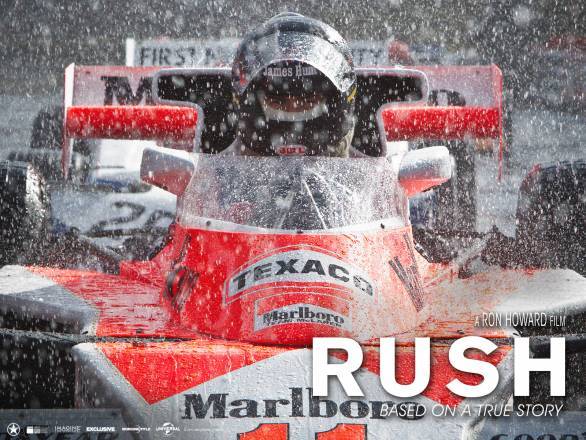 Now we get to the really good stuff. The cars that you see in the film are all either perfectly made replicas or the actual cars. The scenes in which you have Bruhl and Hemsworth sitting in the cars feature replicas. But there are scenes when there are as many as 24 original F1 cars from the year 1976 all lined up on the grid. How did they pull this off? Fellner got in touch with the owners, promised them they could all sit in their own cars to ensure nothing happened to them and managed to rope them in. The racing sequences were shot at Cadwell Park, Brands Hatch and Snetterton. But the piece de resistance will be the 1976 German Grand Prix shot at the Nurburgring. We have no idea how Lauda's horrific crash at Bergwerk will be portrayed, but we're willing to wait and watch.

What we're expecting from the film

The 1976 season of Formula 1 was one of the most legendary seasons of racing ever. Niki Lauda climbed back into an F1 car 40 days after doctors believed he was dead to race at Monza. The rivalry between him and Hunt was tremendous on track, but stopped off track. Some would even call them friends. So, the film has everything going for it in terms of a terrific storyline and characters. Add to that the fact that Ron Howard is directing it and you can be sure that the tale will be well told. The only thing that we're afraid of is that they might go overboard with the drama. We're willing to wait and watch though. It's been a while since we've seen a good Formula 1 film!