It has been a special month. I got to ride and test both the Ducati 959 Panigale and the Triumph Thruxton R and to me, they are currently the most beautiful pair of motorcycles money can buy in India right now. But this isn't a comparison test; this is a celebration. A quiet pop of champagne and a spot of fireworks to remind us that motorcycles are, and have always been, a bit more than just performance numbers and value for money. 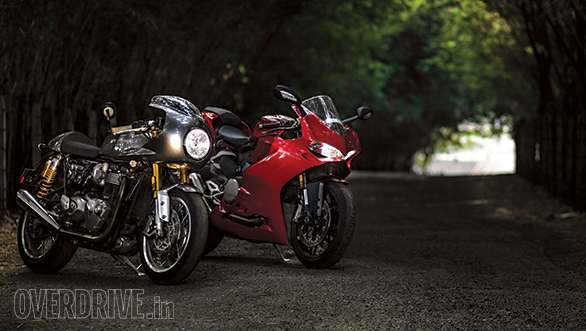 We've ridden both of these beauties on the racetrack and on the roads here and outside India. They're deeply impressive on the move - and that's crucial to how successful the design really is

Take the Thruxton R's avowed fealty to its role as a cafe racer. It isn't ideal now, is it? It means you will have to either hunch over the bars or straight-arm the motorcycle about town. But man, there isn't a man, woman and child we saw during our time with the Triumph that didn't slow to take a longer, more lingering look at the Thruxton R. There is just something in the proportions that does it. And yes, if you go down motorcycle design history, you will discover that proportions have always been vital to what looks good as a motorcycle and what doesn't.
And there are a whole bunch of pretty motorcycles that weren't actually very good to ride as well. And that's where the Ducati gives you hope. 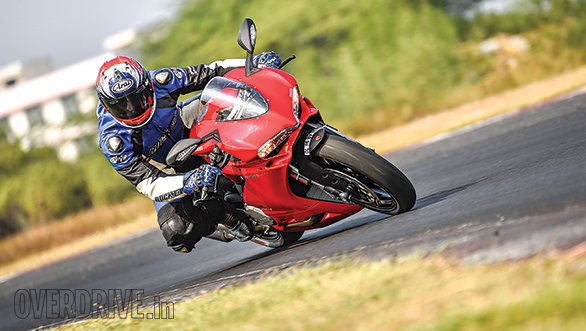 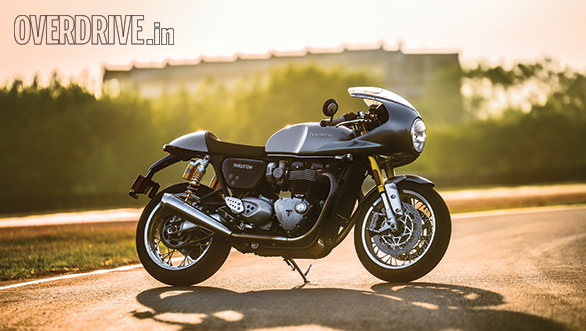 The Panigale comes wrapped in the usually decal-free red expanse of flat-planed, sharp-edged bodywork that has only just enough swoops and flourishes to mark the flat planes as spectacularly restrained design. The mark of an artist is so good that garnish isn't even needed.
The 959 Panigale's lines also stand at the end of a design legacy that is unrivalled in the motorcycle world. The 916 through to the 998 established Ducati as the maker of the most beautiful motorcycles of all. And the 999 showed that Ducati - unlike MV Agusta for instance - was not afraid to move on from lines that became synonymous with their brand and lineage. The 999 bombed but the recovery was great, and today the Panigale is a familiar form but it will still make your heart skip a beat when you see one.

But what makes the 959 Panigale even more special is that it isn't just a pretty face. Take it to the nearest mountain road or a racetrack and it offers a level of performance that is hard to reconcile with how assured and friendly the feel of it is. Underneath their skins, both motorcycles are powered by 2-cylinder motors. The Triumph has its 270° parallel twin making under a 100PS while the Ducati has its trademark desmodromic valved 90° V-twin that makes 157PS. 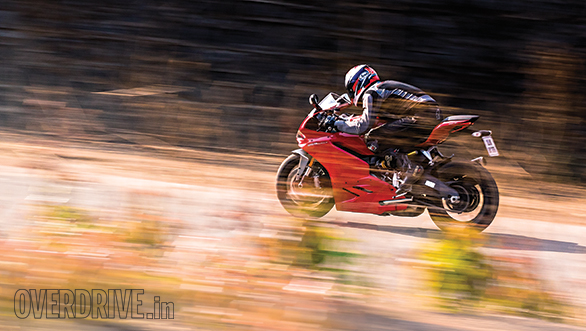 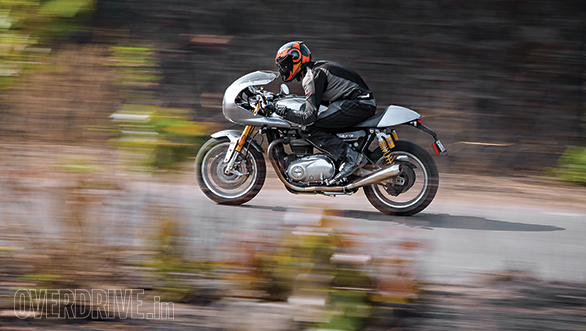 The design of both the motorcycles evokes a sense of speed but from different epochs of motorcycle design, as it were. The 959 is cutting edge and the Thruxton R is the fine-edge of retro design

And once more, I love how the engines fit the nature of the motorcycle. The Thruxton R, even on the racetrack, is rapid but unhurried. The engine projects a measured thrum to keep you company while early and abundant torque swiftly discourages you from being a prat and riding such an old-school machine to the redline and banging up and down the gearbox. You sort of scooch back into the saddle, hang off a bit less and learn to just roll the throttle on and off, and enjoy the Thruxton's powerful but understated song. I cannot imagine an engine fitting the nature of the bike any better.

And the Ducati dances the same dance at a vastly higher tempo. It sounds gruff and almost un-special at low revs but by 5,000rpm, it's got that booming roar that is only partially muffled by the twin stock cans. Just as light and narrow as the motorcycle feels, the engine feels light and quick to rev like a much smaller engine should. This makes the 959 feel a lot, lot smaller and allows you to play with the ultra-seamless power delivery until you realise that the 959 will smoothly loft you past 200kmph in a hurry, so you'd better not underestimate just how fast it really is. 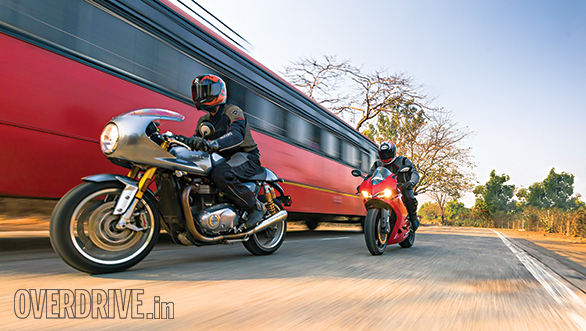 And the Italian sportsbike isn't the flagship, but you will notice the traditional Italian attention to detail all over. It shines in the small touches like the layout of the instruments, or the carefully crafted triple clamps or the little castings and fittings that make up the aluminium bits you use to touch, feel and control the motorcycle.

Triumph has learnt the art of details too. The Thruxton is brimmed with little delicious bits like the flip-top fuel-filler cap, or the mirror-finished triple clamps. I also like that instead of the squared-off and 'engineered' Ducati top clamp, the Triumph has a more curvy, and 'hand-finished' sort of look to the top clamp. On both the bikes, the thoroughly modern and thoroughly high-end equipment at the bottom - forks, wheels, brakes and tyres - makes the details stand out even more.

In a way, if you read the road test, you will realise that both the Thruxton R and the 959 Panigale are hard to ride regularly in our conditions. But in a way, I don't mind that. Sometimes, you know an object looks so precise, so precious and so priceless that you'd be a fool to use it, lest you break it.

Motorcycles, firmly, aren't that for me. If it gets wheels and an engine, then it must be ridden. But some motorcycles, like the Triumph Thruxton R and the Ducati 959 Panigale, demand to be parked in the soft, warm light of the living room, not in the garage.