History of the Indian Chief

The first Indian Chief came out in 1922 wearing a 1000cc V-twin based on the 750cc engine that had already acquired acclaim in the Indian Scout. Within a year, the engine grew to 1200cc, and the motorcycle was officially called the Big Chief.

Indian has been noted for pushing the pace of motorcycle development through its history, including receiving credit for electric lighting and fuel injection, both motorcycle firsts. In 1928, The Chief gained a front disc brake. 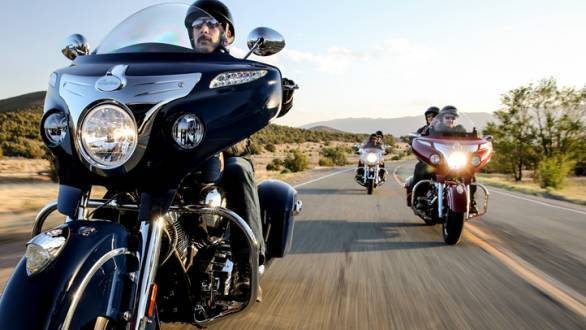 The iconic Indian Chief is coming to India

But the Chief as we know it, as everyone remembers it, came out in 1940. The large fenders rapidly became an Indian trademark. Less popular is the story of the plunger frame, which was in production while Harleys at the time persisted with the unsprung or hardtail rear ends. The 1940 Chief is recognised not only as iconic but also a wonderful looking machine that could cruise effortless at nearly 140kmph as stock. Over 160kmph was possible if you turned the engine further.

In 1950 came the 1300cc engine and telescopic forks, but unfortunately, by 1953, the company was in deep trouble and Chief production ended in 1953.

Enter Brockhouse Engineering. They acquired the rights to the Indian name and began to import Royal Enfields from England. These they lightly modified and sold as Indians. Among the 700cc twins they imported was one model that was called the Chief. This was the only model that continued when AMC of England bought the brand in 1960 to try and sell rebadged Matchless and AJS motorcycles. By 1962, AMC itself went into liquidation.

Then came Floyd Clymer who created the commercially successful Papoose in association with Leopoldo Tartarini of Italjet. Clymer died in 1970 and by 1975, the new owner who'd purchased the trademark from Clymer's widow also declared bankruptcy. It was at this point that it became clear that Clymer may not actually have had the legal right to the Indian name.

Eventually, in 1999 the legal circus culminated in the Indian Motorcycle Company of America or IMCOA, which was formed by merging nine companies and was awarded the rights to the trademark. The Girloy, California facility resurrected the Chief name in 2001 using off-the-shelf engines from American aftermarket engine maker, S&S. In 2002 and 2003, the Chief moved to its own Powerplus 1600cc engine. September 2003 saw another bankruptcy.

Then in 2006, Stellican, a British equity firm formed the new Indian Motorcycle Company and moved production to Kings Mountain, North Carolina. The Chief returned again more or less as the Gilroy Chiefs had been, but now built in small numbers as a luxury model. In 2009, the engine grew to 1720cc and gained fuel injection.

Finally in 2011, Polaris entered the picture and moved the production to its Spirit Lake, Iowa facility. And as you know, just months ago, they revealed an all-new Chief wearing the all-new Thunderstroke 111 engine, explained here.

Read our first ride of the Indian Chieftain 2014 here