Honda Drive to Discover 9: Exploring North East in the Civic and CR-V

The life of an automobile journalist does appear really fancy, if you follow his social handles. One day he might be driving around in an exotic location in Italy, the other day he is manoeuvring sharp hairpin corners on a race track. While these locales are fancy, you should know that we journalists hardly get any leisure time at these places, for there are reviews to be fired, news reports to be broken and interviews to be published. But then there is the Honda Drive to Discover, a drive which is primarily for us to experience their fleet of vehicles, taking them to places and well...having a good time. And that is what we did at the ninth edition of this drive. Honda got the latest addition to their portfolio, the sleek Civic sedan along with its premium soldier, the CR-V, at one of the most picturesque locations of India, the North East. 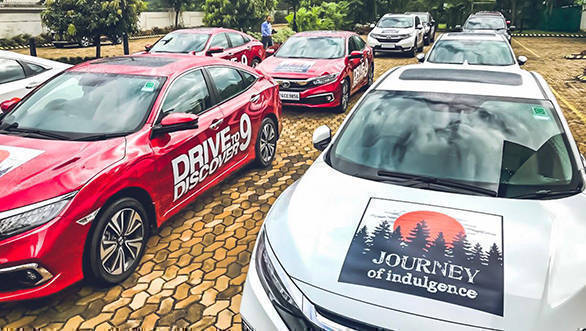 After a three and a half hour flight from Mumbai, we landed in Guwahati. If you have been to the North East, you would agree that this part of the country has a distinct appeal. Be it for the simplistic lifestyle or the aroma of freshness. As soon as we landed in Guwahati, there was a bus waiting for us to take us to our hotel followed by a nice laid-back place where we experienced a musical performance by a popular local band, Naaz. 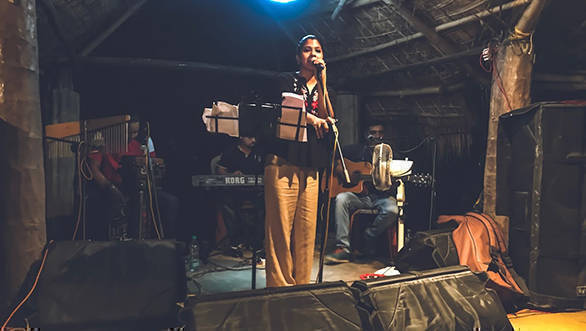 The next morning was a buzzing one as the convoy of CR-Vs and Civics were being prepped for the journey ahead. I understand why the CR-V was brought, but then who in the sane mind would bring the Civic on a journey like this, especially when you know that the roads are going to be broken, there will be under construction sections, potholes, craters, aliens guess that's stretching it too much. When I shared this thought with the Honda team, they volleyed back. "What's wrong in getting the Civic at a place like this?" Ok then. But first, the Honda CR-V. 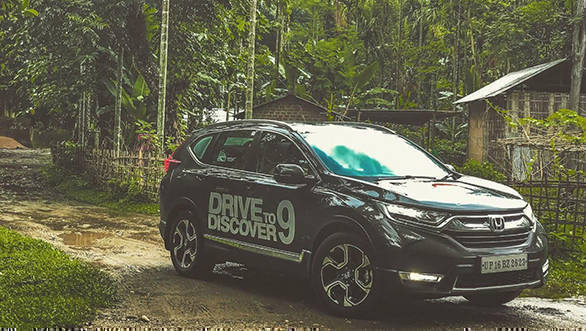 The way the Honda CR-V looks, really works for me, especially those sleek all-LED headlights, the massive diamond cut alloys and the overall muscular contours. In terms of space, the CR-V is right there among the best in the business. Comfortable leather seats, CarPlay compatible infotainment system with navigation and automatic climate control, exactly what you need on a trip like this. After settling in the CR-V, we were off to our first destination of the day, Majuli which is essentially a river island. To get there, we had to get all our vehicles abode the famous MV-Bhupen Hazarika Ferry which, like the CR-V, was generous in storage. A bit too generous actually, for it can carry 25 small vehicles as well as 500 passengers. 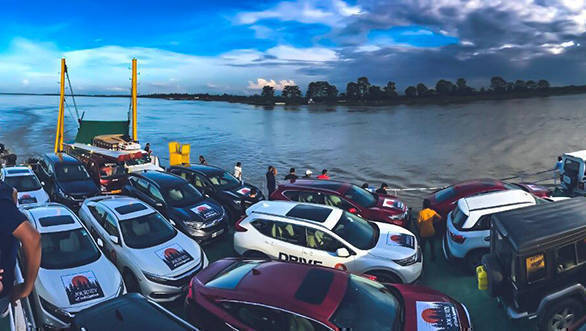 With our convoy nicely parked, we took a 45-minute ferry ride across the river and reached Majuli. Unlike the buzz that you see in metro cities, life at such places is pretty laid-back. You will not find the convenience of stores and malls here but instead there is the calmness and serenity that you miss in the city. We reached our destination for the evening, Dekasang Resort. As the sun had decided to call it a day and we were too busy capturing the CR-V against the backdrop of the beautiful river side, it had become quite dark before we settled in at this resort. The owner of this place had very tastefully done up the place with a strong influence from nature. We got to experience performances of locals residing in nearby areas on folk music, and their enthusiasm was truly remarkable. 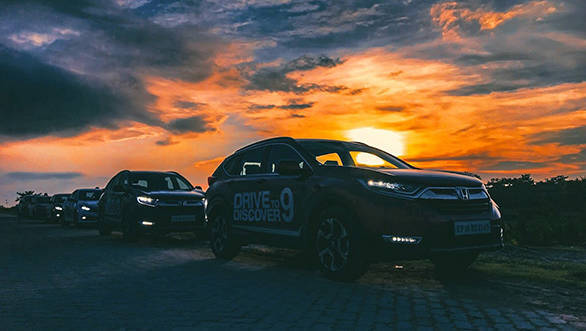 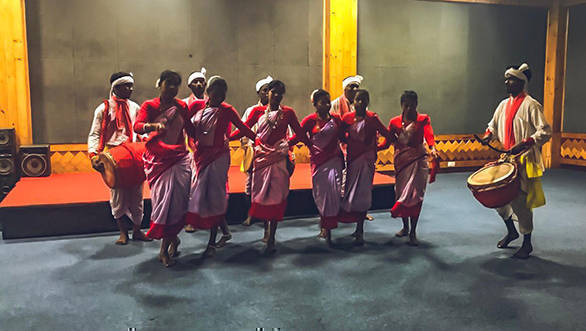 It was time for us to swap our trusty Honda CR-V with the sleek Civic. While I was really comfortable in the CR-V as it is a spacious offering and is an SUV, a vehicle type meant to go on such terrains, the Civic should be driven only on an amazing stretch of tarmac. Right? Got myself the best seat, the driver's, made sure my journo friend had paired his phone to the Civic's infotainment and we were off to our next destination. 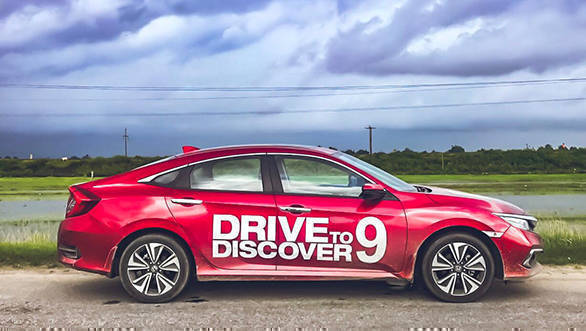 The Honda Civic, that we were driving was the diesel model. While I do prefer the petrol Hondas for they are smooth, the diesels, on the other hand, are nice and torque-y. They are an ideal choice when you are planning on covering long stretches of highways. From Assam we entered Arunachal and drove down to Pasighat. The roads just kept on getting more and more scenic as every kilometre passed by. We grabbed a quick lunch at a natural eco-resort called Donyi Hango and then continued our journey to Pasighat. 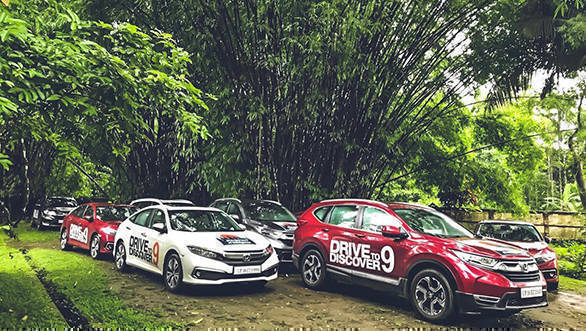 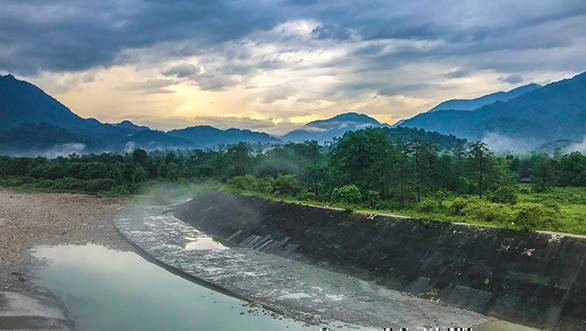 Though we could not spend much time here, we did witness one of the most beautiful sights with mountains, Brahmaputra and hints of greenery everywhere. It was then time to continue our journey to Dibrugarh. The roads were perfect to unleash all the ponies of the Civic and let its suspension iron out the uneven surfaces. As we closed on Dibrugarh, we drove on the new Bogibeel bridge, a combined road and rail bridge over the Brahmaputra river. It is Asia's second longest rail-cum-road bridge and is crucial for its ability to transport troops and supplies to its border with Tibet in Arunachal Pradesh. We then decided to call it a day at Dibrugarh. 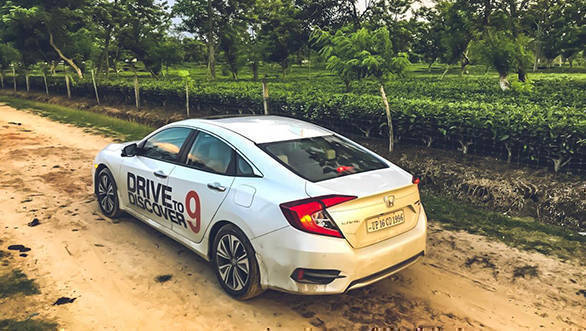 The next morning, the plan was to drive from Dibrugarh to Kaziranga through the Gibbon wildlife sanctuary. Instead of switching the Civic with the CR-V again, we decided to retain the Civic and drive in it. Partly because I was enjoying the sedan. Also, this is real-world condition, the best way to experience the true mettle of the Civic. Long story short, the suspension set-up of the Civic did an impressive job of just gulping down whatever we threw at it. Some unintentional while others were intentional. Not once did the ride get disturbing or produce any redundant noise for us to get worried. On our drive to Kaziranga, we crossed multiple tea plantations. The luscious green of nature was the perfect contrast for our Civic, and thus we quickly got a couple of captures. We finally retired for the evening at our beautiful stay in Kaziranga. 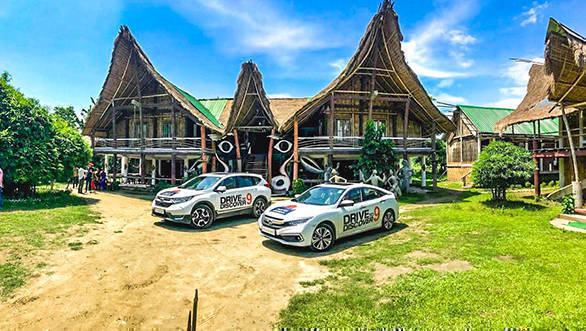 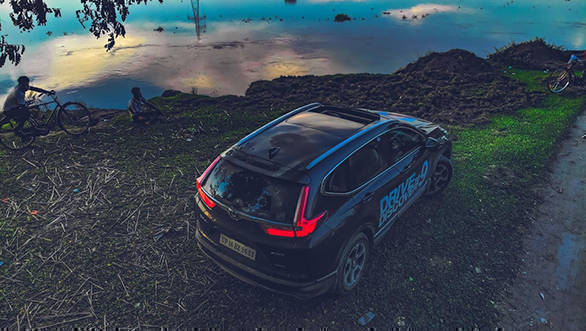 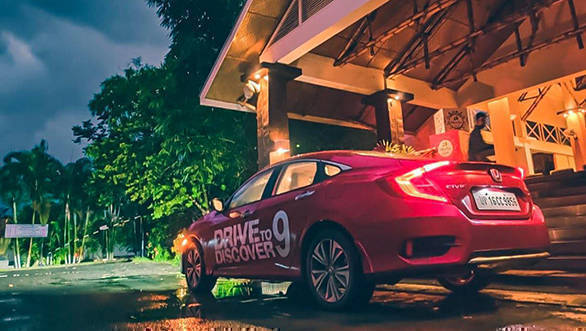 The Kaziranga sanctuary that hosts two-thirds of the world's great one-horned rhinoceroses, is a World Heritage Site. This very fact had got me excited as I had not seen a rhino up-close and personal. With our curious eyes glued to the window, I was all eager to sight one. As my journo friend was behind the wheel, I had to get one capture of the rhino, after all it is not every day that you see one. After missing a couple of them, we finally managed to sight one at a great distance. Finally. And with all the happy memories, it was time to head back to the city from where we had started this journey, Guwahati. 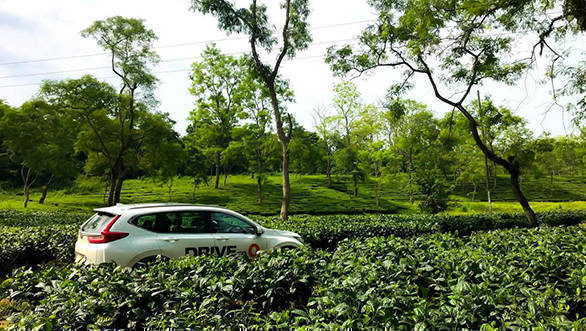