If you look up motorcycle accident studies, you'll find references to the SMIDSY problem. That's an acronym for "Sorry Mate, I Didn't See You". In fact, being seen is considered the big step in accident safety. Human drivers (and riders) tend to work really hard at avoiding crashing into stuff they can see. Visibility then is a far more critical element of driving safety than safety technology like ABS, seat belts and what have you.

And there is another role for lights too. Human beings effortlessly communicate with each other. We use verbal and non-verbal cues right from birth. Vehicles interrupt this. It's very hard to offer these cues when clad in a helmet and gear, or for that matter in your car or SUV.

Automotive lighting has a role in both of these issues as well as the obvious role, illumination.

Let's begin from the front  the headlights. These are the largest and most powerful lights. Their job is to light up a long and wide swathe of space in front of the car or bike. The light emitted bounces off objects in this space and is received by the human retina. 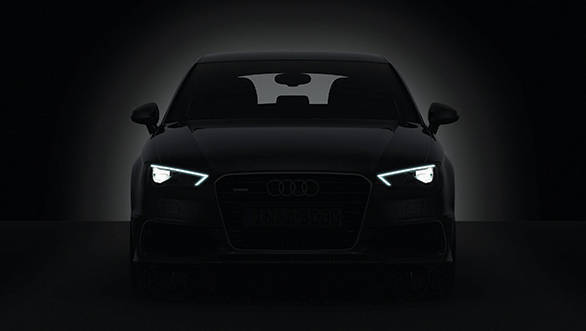 Headlights have two modes of operation. High beam casts a relatively narrow spotlight that illuminates a long distance . The problem is that in high beam the vehicle will always dazzle (overwhelm the retina) of a driver/rider heading towards this light. Which is why excessive high-beam use is considered bad etiquette and illegal in some countries. Some of the more luxurious cars  like the laser lights on the BMW i8 and Audi's Matrix system - can detect an approaching car and switch temporarily to low beam.

Low beam (aka dipper) is a mode where the light is pointed downward so as not to dazzle. It uses a wider flood beam that lights up a broad area around the front and to the sides. This is the mode we use the most. A mode that is used at low speeds in the city and on the highway when there is oncoming traffic.

Supplementary front-facing lights are called driving lamps or more colloquially fog lamps. These are usually placed lower than the head lamps, and the illumination is directed sharply downward and to the sides. They offer a wider spread and more light closer to the car. The position also has advantages in low visibility conditions. In fog or heavy rain, high beam can actually reduce visibility because the light bounces off the water droplets and causes glare that obscures the view. Driving lamps' position cuts glare. Technically, fog lamps use a light from the yellow spectrum because it penetrates further in foggy conditions.

Parking lights and daytime-running lights are a low power, lower intensity light that marks the corners of the car. Usually carmakers will use white parking lights up front and red ones at the back to inform a viewer of where the vehicle is pointed. It's useful to remember this when adding retroreflective stickers to your vehicle  white goes up front, red at the back and amber/yellow on the sides. These lights consume low amounts of power so that they can be left on for a long time when a vehicle has to be parked in a less than safe place for a long time.

To help drivers and riders signal a forthcoming change of direction, we get turn signals. These are located so that they are always visible. Usually you get front and rear indicators on both sides with larger vehicles getting smaller 'repeater' units. USA has used red indicators but usually they are amber in colour. Indicators flash to gain your attention and are designed to flash rapidly if one of the indicator bulbs isn't functional. Inside the car, an audio warning of some sort and an indication tell you if your indicator is on.

All cars and some motorcycles turn all four indicators and all repeaters on to indicate a hazard, via a prominently located switch.

Finally there are the tail lights. The tail lights have a gentle mode that comes along with the parking lights. A much brighter filament lights up when you're using the brakes to let other drivers know that you're slowing down. Some of the more advanced cars will flash the bright mode or modulate the intensity of the brighter mode to give other drivers a sense of how hard you're stopping. Many European cars will also automatically turn the hazards on if the braking is beyond a certain threshold.

Many countries also require a third high mounted tail light in addition to the regular pair. This is officially the CHMSL or centre high mounted stop lamp.

The final two lights are the simplest. The number plate light does just that. And the reversing light is a white light pointed at the back. It sort of works like a weak rear-facing headlight that only comes on when you select reverse gear.

Next time we will look at the electric and electronic systems that power the lights.