2018 marks the 70th anniversary of one of the most renowned car marque's in the history of the automobile, Land Rover. The iconic British brand unveiled its first vehicle, the Series I in 1948, at the Amsterdam motor show and from then on has made SUVs that have literally conquered every terrain imaginable. Land Rovers, over the years have been the preferred mode of transport of celebrities, scientists and rescue workers.

In India, the Land Rover Series 1 has played a pivotal role in helping establish a civilisation in the Darjeeling district. The route from Maneybhanjang to Sandakphu is essentially a pony trail, replete with a rocky surfaces and steep inclines. From 1958 onwards, close to 300 Series I Land Rovers were brought to the sleepy hamlet of Maneybhanjang and these helped transport people and essential commodities up and down the treacherous route. To date, over 40 Series I Land Rovers continue to ply on this route and hence, there could be no better place to celebrate 70 years of Land Rover in a place that is also called the Land of the Land Rover. 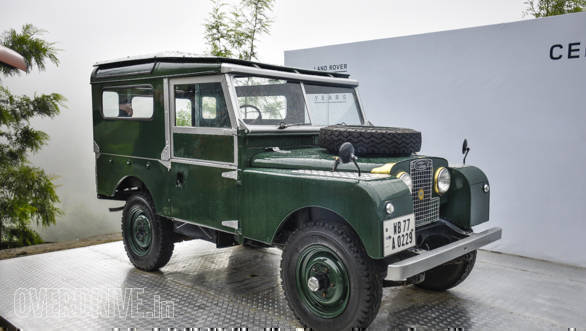 The Land Rover Series 1 was the brainchild of brothers, Maurice and Spencer Wilks. The duo drew a rough sketch in the sands of a beach in Wales that turned out to be the basis of the Series Is design. The idea was to build a utilitarian vehicle that could be used in place of a tractor in a farm. The Series I, however, was far more capable than a mere farmhand and slowly grew popular for its ability to conquer any kind of terrain 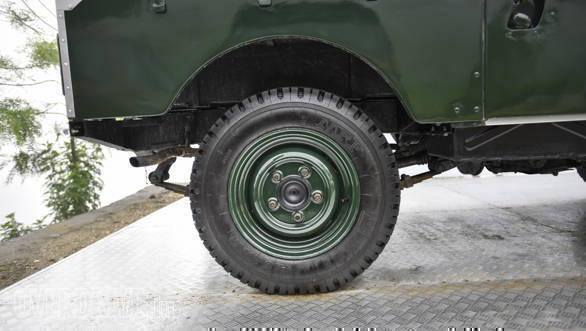 The Land Rover Series 1 was based on a simple, box section chassis with leaf spring suspension for greater load carrying capacity as well ability to withstand abuse from broken, rutted roads or rocky surfaces. The body is made of aluminum, since it was readily available post the World War. One of the biggest advantage of using aluminum was less weight and better corrosion resistance than steel. Most of the Series 1 Land Rovers were painted in shades of military green as that was the only colour that was abundantly available post the World War 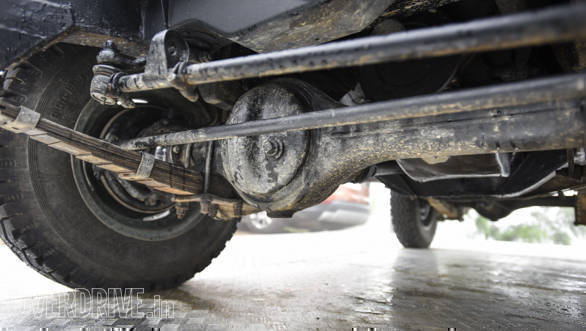 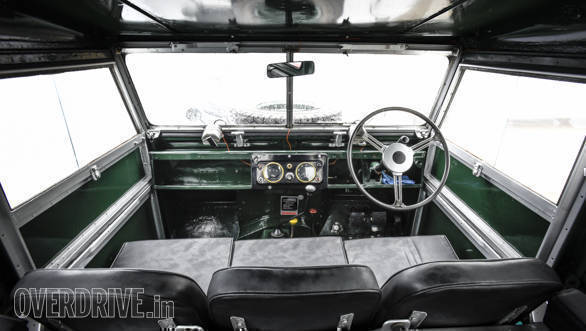 The interior of the Land Rover Series 1 is quite basic and devoid of any plastic, fabric or leather trims that you see in modern day Land Rovers. The large steering wheel was critical for better leverage and notice the horn pad that's placed at the extreme end of a stalk that juts out behind the steering wheel. There was space for three abreast at the front and two rows of seats behind. Access to petrol tank was under the driver's seat 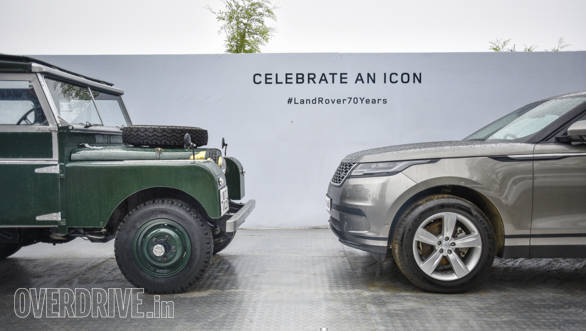 Quite a stark contrast, isn't it? On the left is a 1948 Series 1 Land Rover while on the right is the 2018 Range Rover Velar. While the former's design comprises mainly of straight lines, the Velar is a mix of straight lines and curves, resulting in a design that has won it the World Car Design of the Year award. 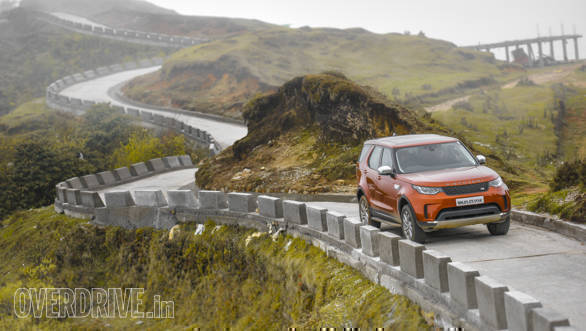 The road leading up to Sandakphu from Maneybhanjang is quite narrow with steep inclines and slopes. The initial half of the 30km route, that you see here, has been concretised to facilitate movement of two-wheel drive vehicles, the surface on final few kilometres before Sandakphu is proper 4x4 terrain, replete with rocks, slush and even snow when the temperatures dip 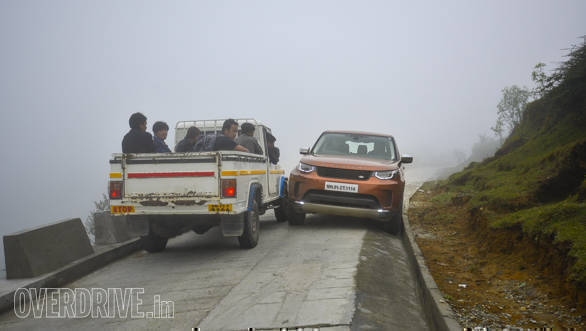 The large, Land barely made it past on coming traffic and this should give you an idea of how narrow the road really is. What helped us get pas without a scratch were the cameras that showed how close the front wheels were to scraping the parapet or the on coming vehicle 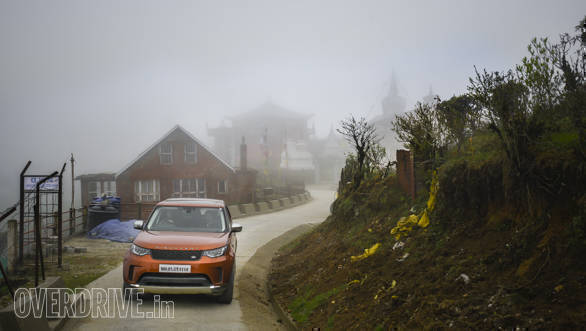 Most of the Maneybhanjang-Sandakphu stretch forms the border between India and Nepal. The area you see on the right falls in Nepal 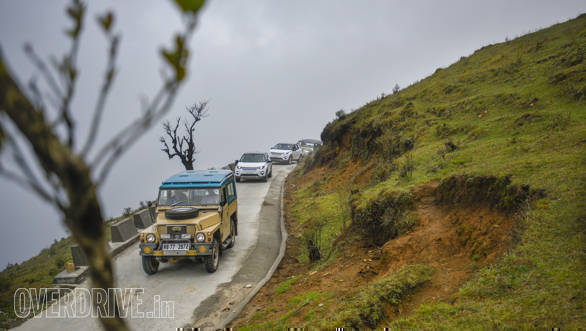 That's a Land Rover Series IIA leading our convoy of modern day Discovery Sports. This particular Series IIA landie is owned by Samantha Dong, a third-generation owner of a classic Land Rover. She's been in love with Land Rovers ever since her grand father and father owned and drove one. Samantha says that its the unmatched capabilities and durability of the Land Rovers that's made them her favourite 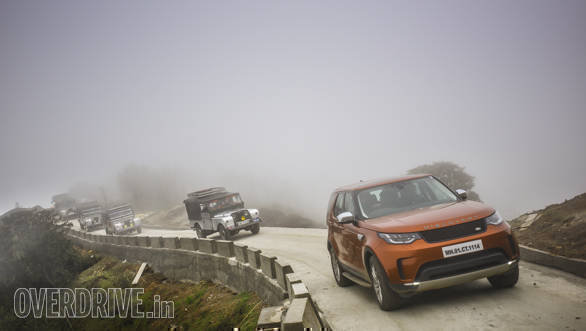 Land Rovers have certainly come a long way, from the Series 1 to the all-new Discovery. While the Series 1 was all about transporting people form point A to B, irrespective of the terrain, the Discovery does the same while cocooning its passengers in luxury and comfort 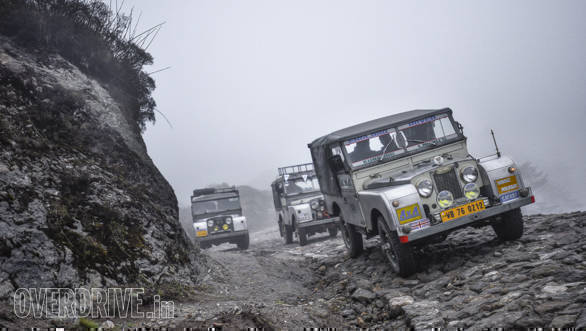 It's frankly quite astonishing to see these vintage Land Rovers ply on roue to this date. Most of these Series 1 Land Rovers are very well kept and the locals swear by them. We were bowled over when we saw the effortlessness with which these 50 year old vehicles were climbing up rocky gradients, some as steep as 20-25 degrees. The low gearing, high ground clearance and light weight made them ideal for this terrain and after driving them, we understood why they rule the roost on this route 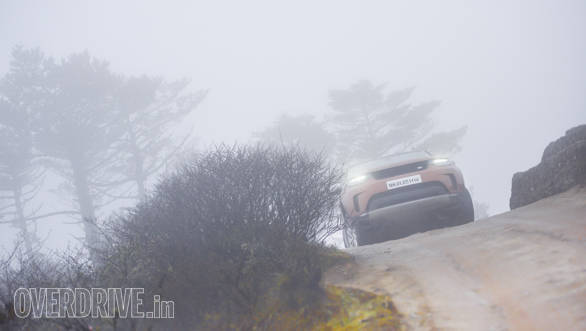 Some of the inclines were very steep and visibility out of the windscreen was negligible over crests such as this. What helped were the cameras that displayed what lay ahead on the infotainment system's screen 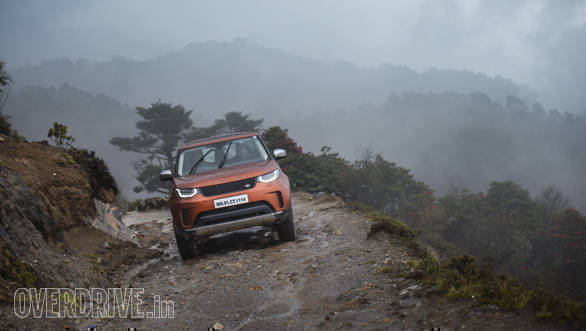 The air-suspension in the Land Rover Discovery did a splendid job of isolating us from the rough roads. The second generation Terrain Response system, that we slotted in the mud and ruts programme made easy work of driving up to Sandakphu 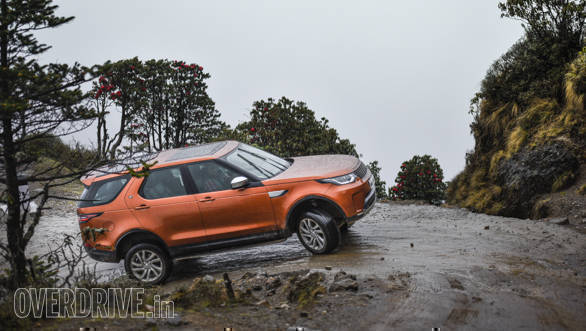 Most hairpin bends required full steering lock and in some places we had to make two or even three-point turns. The Discovery, at 2,220mm is wide vehicle and there were instances where there were only millimeters to spare between the bodypanels and mountain face 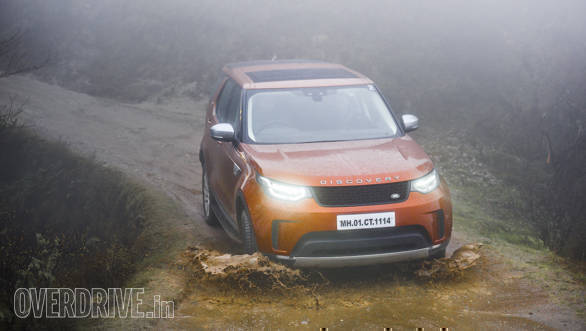 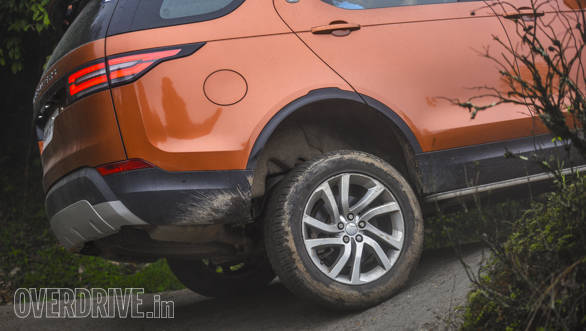 The air-suspension helps raise the Discovery's body sufficiently to drive over crests on turns. That and the articulation helped immensely 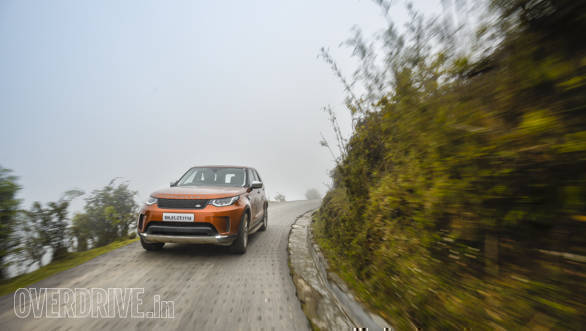 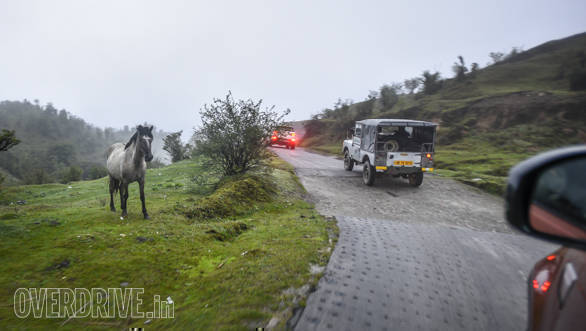 The first Land Rover Series 1 is powered by a 16-litre petrol motor that produces about 55PS. Though that may be a severe deficit to the modern day Land Rovers that you see here, on this route, the Series 1 kept up easily, much to our surprise 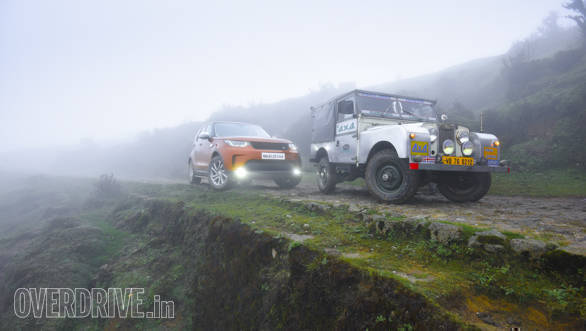 The new Discovery is modern and loaded with the latest gizmos and it certainly looks very good. That said, the charm of the Land Rover Series 1 is unmatched