When you are planning a road trip with your family members or a large group of friends or colleagues, there is just one MPV that comes to your mind, the Toyota Innova. And there are many reasons for it. Comfortable seats that ensure a fatigue-free journey, performance that will take you places with great ease paired with reliability - a trait that Toyota is strongly recommended for. The legendary Toyota Innova has completed 15 years which translates into a decade and a half of dominance, which is a huge feat considering India is the most competitive automobile market in the world. To celebrate this occasion, we took the Innova from the national capital Delhi to the snowclad Shimla and then continued to the mesmerising Dalhousie. 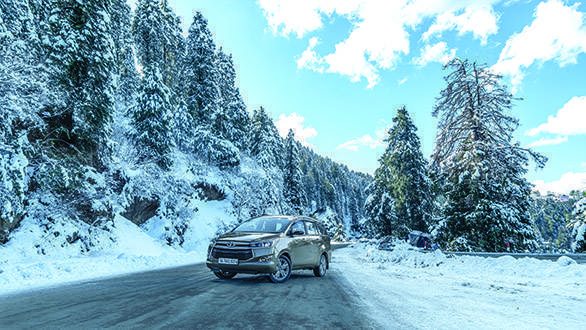 After getting the Innova from one of the busiest locations in Delhi, we were on the NH44. Had this been in the early hours of the day, things could have been easier with less traffic and empty roads. We, on the other hand, did the opposite. It was the busiest day of the week at peak evening hours, when the streets were lit up bright with the dense office traffic. The Innova made sure there was no frowning for us as we crossed it with great ease. Having a vehicle that is compact in size surely pays enough dividends in a country like India. Importantly, the Innova was primarily conceptualised keeping the length and width of the roads and other infrastructure of the South East Asian markets in consideration. 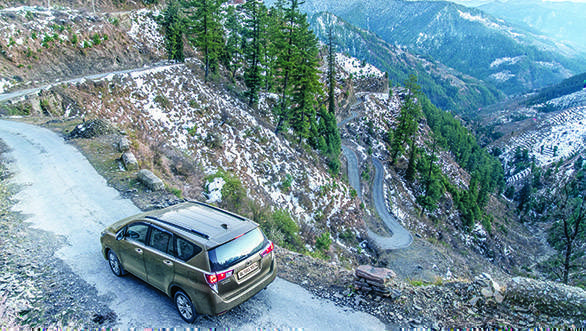 When you are cruising on the highways, it is the torque that plays an important role in real-world conditions. The Innova's 2.8-litre diesel heart makes an impressive 360Nm which makes sure the climbs on hilly roads are stress-free. Further, we had the 6-speed automatic variant which just ensured a smooth driving experience. 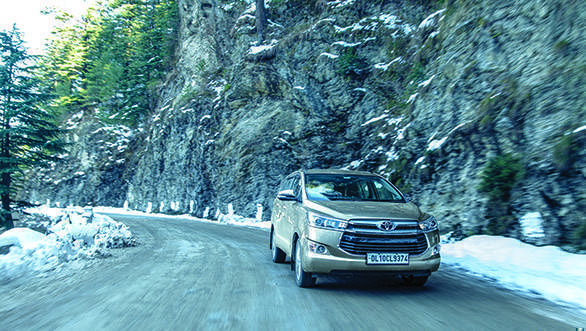 At this time of the year, Shimla gets even more beautiful with snowfall offering a beautiful sight with multiple colour rooftops covered with snow. The real challenge is driving through the absolutely narrow lanes on slippery roads. There were times when we were lost in the web of lanes. But then the 5.4m turning radius of the Innova, which is comparable to regular sized sedans, made sure we were back on track. The journey took us further to Narkand passing through Kufri to witness some of the magical sights created by nature with snow on both sides of the road, giving the European feel. 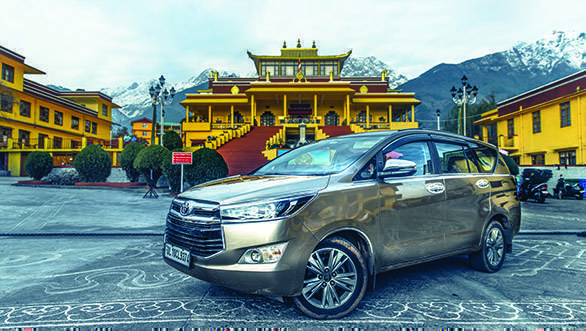 For the second leg of the journey, we travelled to Dharamshala to visit the Gyuto Monastery which was going to be our starting point. The historically important landmark gives Dharamshala its true identity. Founded in the year 1474, Gyuto practices Tibetan Tantric meditation. The majestic architecture highlights the minimalistic yet impacting style. These traits go in line with the Innova's simplistic yet premium design that has been updated with time but still maintains the powerful silhouette which has become synonymous with the brand. 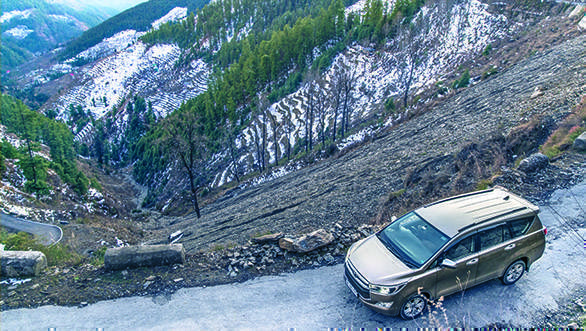 India is blessed with some of the best roads at some parts and then there are challenging surfaces in the others. It is the latter that we had to deal with on the way to Dalhousie. While the maps had already shown a number of twisty sections, the uneven and harsh road conditions were discovered later. The Innova's body-on-frame construction paired with a robust suspension set-up gulped in every uneven surface, dealing with potholes and broken tarmac, and the higher ground clearance kept the underbody away from scrapping. 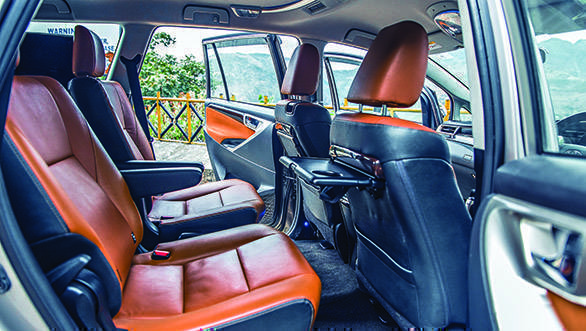 Coming to the most important experience of our journey, the passenger comfort. After having clocked an exhaustive distance discovering places, getting lost in locations and also trying to reach difficult spots to get the perfect capture, there was no fatigue of any kind. Be it the well-cushioned and supported seats or the spacious cabin, the comfort of the Innova is unparalleled. An important aspect that has been attempted by many automobile manufacturers in the country but none have managed to come close to what is offered in the Innova. 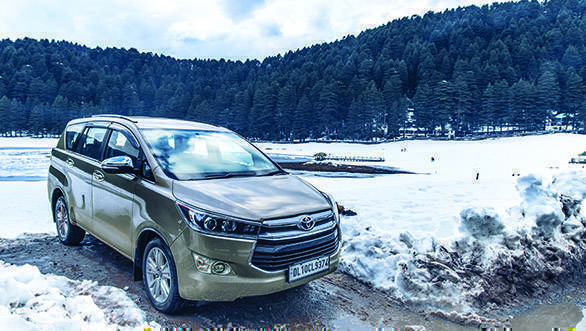 We decided to call it a day at the mystical hill station of Dalhousie that gets its name from Lord Dalhousie who served as the Governor-General of India from 1848 to 1856. Considering that Dalhousie has always been freezing during most parts of the year, it was the chosen location for Britishers' summer retreat. At temperatures of close to -2 degrees, we were far away from summer. Keeping us tucked in comfort was the well-insulated cabin along with the automatic climate control. And it is not only the comfort, reliability and durability but also the focus on safety with seven airbags, ABS with EBD, vehicle stability control, hill assist and other features that have made the Innova India's favourite MPV. Fifteen years of successful existence proves that the Innova is an undisputed leader of the segment and challenging it as well as the legacy of Toyota will be extremely difficult.