Interview: Ashish Raorane on heading to his first international event, the 2018 Panafrica rally

In motorsport, especially the grueling world of cross-country rallying, 36 is no longer just a number. But you wouldn't know it, looking at Ashish Raorane, part-time marine engineer and part-time rallyist. At age 36, he's on a path to reinvent himself and he's just getting started. He's on the road to the 2018 Panafrica Rally later this year, his first international cross-country event and pre-cursor to the Merzouga Rally and, naturally, the Dakar. After debuting at the INRC Nashik round in 2015 with a podium in his group, Raorane has put together a string of notable performances at the Raid de Himalaya and Desert Storm over the past four years. We have an exclusive conversation with the next rallyist to represent India on a world stage. 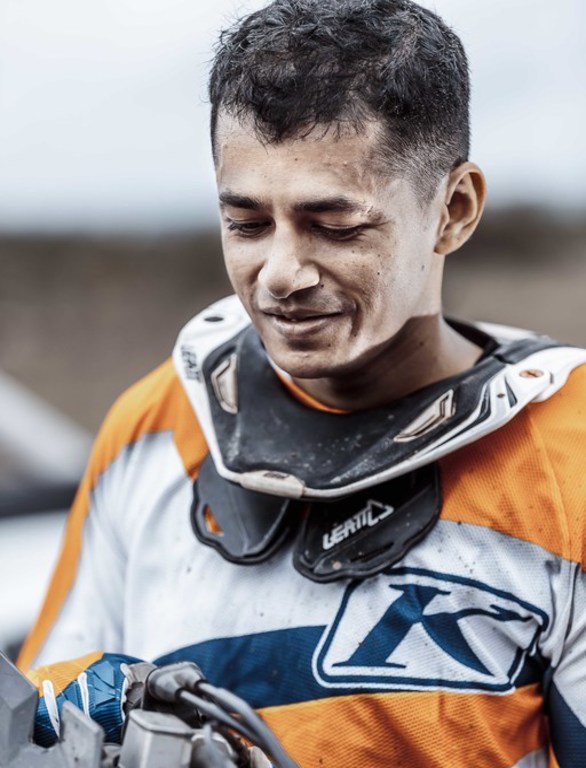 On his first foray into off-roading

It was quite recently, back in 2015. I had a KTM 390 Duke, well, it was my wife's actually (laughs). So, I took it to a place called Slopes of Hell in Pune. It was a dirt track with an almost vertical climb. That was my first taste of off-road motorcycling. I liked it. So, my friend and I decided to enter ourselves into the INRC Nashik round in 2015. We both owned Triumph Tiger 800s at that time, we were very excited. We got enough people to make a class for the rally. That was my first rally experience. Though, it was short, I really liked the format.

On his first cross-country rally and lessons learnt

The 2015 Raid de Himalaya was my first long distance, cross-country rally event. I wanted to compete on a big adventure bike, my Triumph Tiger 800. It was kind of a niche thing, and no one has done it on a big adventure bike. A lot of people said it was the wrong motorcycle for that kind of event. I finished sixth in group A and 12th overall. That was really useful for me in understanding what it takes to be in a long distance rally and I basically wanted to survive. I was very conservative in my approach and just wanted to finish the stages. That was a very important lesson for me - one should target to finish first, rather than finish top 10 or anything. And, if you can keep a calm mind, everything else just falls into place. 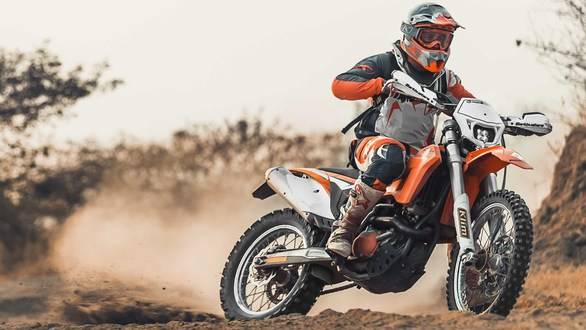 On a reverse journey to motocross from cross-country rallying

Yes, this was kind of a disadvantage for me in terms of not having prior motocross experience. And now I am trying to get some experience with my KTM 450 EXC. But, because of my age and where I am currently, breaking into motocross will take a long time. Because, my job requires me to stay fit (and mobile) and that is always at the back of my mind. I mean, I can ride a motocross bike. But all those jumps and flips are an extra level of risk. So, that's what holds me back from motocross. Although that being said, it is a part of my dream.

On balancing a job and his passion

Basically, contracts are three months on and three months off. It gives me time to focus on what I want to do. So when I am on board the ship, I use that time to work on my endurance fitness. We've got good gyms onboard. So when I am back, I am able to directly jump on the bike. And, then I alternate between one day on the bike and one day in the gym. 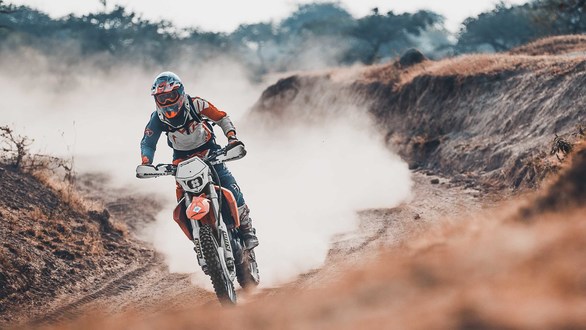 On getting seat time in India

Unfortunately, we have limited tracks here. The Bangalore track (Big Rock MotoPark) is pretty good. But, I train the most when I visit Spain for navigation training. There, I dedicate myself to motocross because there's around 25 to 30 world level motocross tracks present around a short distance. So, that is where I do most of my motocross training.

On the decision to take part in the 2018 Panafrica Rally

It was earlier this year. The ultimate goal has always been Dakar. But, it was a matter of when I would be ready to take part in an endurance race that extreme which requires so much experience. The Panafrica Rally, meanwhile, is relatively an entry-level challenge in terms of costs as well. Plus, it gives exposure to tracks in Morocco, where most of the prestigious rallies happen. So, I needed to take in account how much preparation and training I need, as it will be the biggest stretch of rally I have taken part in.

Compared to Indian stages, the stages at the Panafrica Rally are long. But, they're are on par with most other international stages, stretching out to 200-300km each. The Desert Storm rally now has a pretty long stage at 197 kms. The first year (2016), I struggled and I was simply knocked out at the end of the day, which is when I realised that, I should work on my fitness levels even more. Then we started working on endurance training for the next step of my progression.

On the challenges of approaching Dakar as a privateer

Getting sponsorships is one of the challenges. For everything else, I have a clear path on what I'm working towards. For me, the biggest step now after Pan Africa is to looking for sponsors to participate in the Dakar Championship. I have three sponsors, right now who help me immensely. But, it covers only a small percentage of the total cost. The total cost to participate in the Merzouga Rally and even qualify for Dakar, works out to around a crore rupees, if not more. For a privateer, I would say it is almost impossible to raise that kind of money. For example, a week training in Spain amounts to Rs.1.8 lakh.

My sponsors right now fund my gear and my bike maintenance. Big Bad Bikes in Bangalore helps me with my gear and there's Baycity Speedshop in Bombay who do some of the parts on the motorcycle and there's the Pune-based Slipstream performance which handles the technical parts on my bike. There's currently a single minded approach to Dakar and everything I invest in is towards it. 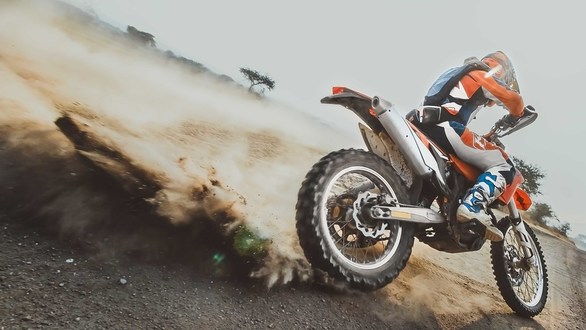 On his ultimate goal

I figured out that though the path I've chosen is simple, it isn't easy. It is simple identifying a problem, understanding the steps to Dakar. But it doesn't mean that it definitely isn't easy. Staying consistent is key. One must always stick to their ultimate goal. For me, my entire life now revolves around training with my bike or training for fitness and everything else is on the backburner, for the past year or so. I am enjoying it. At 36, it feels like reinventing myself. So, this is my ultimate goal for now. This is really a community effort as everyone comes forward in doing their part, to make this dream come true.