While his name and designation sounds innocuous enough, Marco Belli is a flat track champion, taught Valentino Rossi flat tracking and built his own motorcycle company as well. And now he's OVERDRIVE's teacher for two days too!

Marco Belli is an affable 42-year old Italian from the town of Varese, about an hour from Milan. Varese, of course, is where MV Agusta is based. Belli is an unknown to us but he's a god in the flat track world. Today, he runs the Di Traverso Flat Track School but earlier he's won four Italian titles, three English championships and he's been American and European champion twice each as well. He also had a hand in Italian company Zaeta, which built some of the coolest trackers of all. See the film to get a sense of the man before you read on.

It was this man that Harley-Davidson India looked to when it decided to host a flat track experience at Rajputana Customs' John Singh Speedway outside Jaipur, Rajasthan. Belli started his school in 2014, and he and Alessandro Pagani were our instructors for the two days. We got a chance to have a quick chat with Marco between classroom and drills.

How did this start for you?

When I was younger, close to my house, there was an oval track and I use to teach some safety handling for the bikes. And I felt in love. The first time I lost my back, ahhh, it was so emotional that I fell in love with this sport. [0:22] Now it's about 25 years but I think it will never end. Because it is something, er, burning inside. 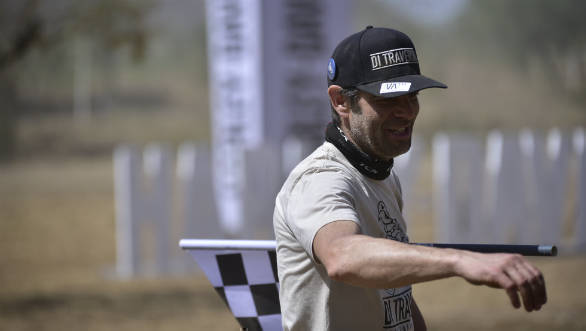 Marco Belli has won over 10 flat track championships in Europe and America and now runs the Di Traverso Flat Track School in Varese, Italy. He was our teacher for the Harley-Davidson Flat Track Experience.

How's the India experience been?

You guys are great people. This is a super great venue. This is the first time for you to have a track. To have this kind of experience. I really didn't expect so high level of working, of enjoying this sport. This is the purest form of motorcycle sport and it is really useful for every kind of discipline.

Because it is just two corner and you have to just work with your body position and throttle control. [Which is] the basic for every motorcycle rider. 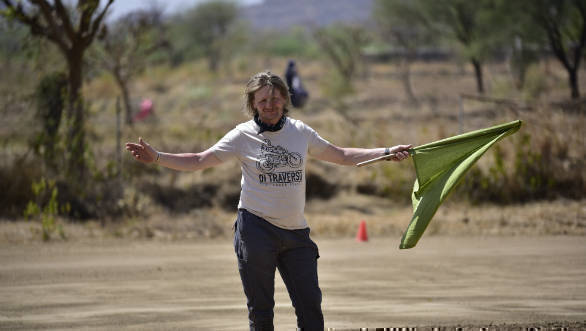 Alessandro Pagani, also from Di Traverso Flat Track School in Varese, Italy, helped Marco with the students for the Harley-Davidson Flat Track Experience braving the incipient summer heat in Rajasthan without any apparent strain at all.

You have history with Valentino Rossi, yes?

And then the Ranch?

It was crazy. Yes that was a dream come true. It was really something we couldn't expect. And now we usually work with Vale and his guys at the Ranch and that is something really really good for me. 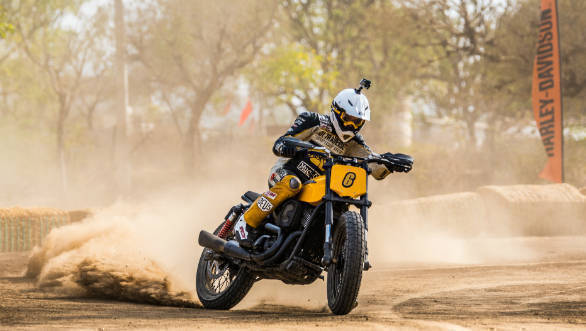 This is the sort of sideways action we were all aiming for and only a few of us actually managed at the Harley-Davidson Flat Track Experience. But Marco Belli's demo laps left us in awe!

Are you faster than Vale at the Ranch?

[Laughs] Ah, when I was younger... [laughs]. ... But these guys are professional people. I finish my professional career so it is correct that I am slower. But I still have my chances sometimes.

Just to be sensitive on the throttle. You can lost of times spinning at the place. Here we use the spinning to cut the turns and be more aggressive on the straight. So it is a question of feeling and how to transfer the power to the ground.