Jaw on the floor. Mouth wide open. Eyeballs popping out of their sockets. These are some of the many reactions that the Isle Of Man Tourist Trophy elicits. To put things into perspective let's consider this scenario. Imagine riding a motorcycle at a 100kmph on a wide, six-lane highway. The speed almost feels pedestrian. Now imagine riding at 100kmph on a narrow two-lane road. The rate at which objects seemingly come at you at these speeds can be petrifying. Now, imagine the TT racers riding at triple the aforementioned speed - past houses, granite walls and sheer drops on the mountain section of the 60km course. Yes, over 300kmph on a motorcycle on a two-lane road that's riddled with typical road hazards. That is the Isle Of Man TT. The ultimate test of human skill and endurance, both physical and mental. Have you ever wondered why these men risk their lives? Why participate, year after year, only to push their luck and tempt fate? The TT's no joke. What happens when things go wrong? What do a rider's family members feel when their dear one is belting down the course, with the possibility of never making it back to the pits? As the 2015 Isle Of Man TT gets underway today we list five terrific documentaries that explain the madness and mayhem that is the Isle Of Man TT. 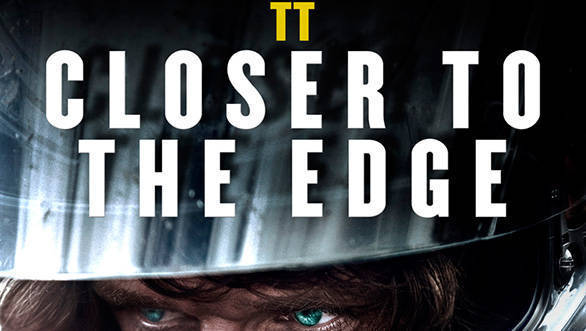 TT3D- Closer to the edge

TT3D: Closer to the Edge
Guy Martin is one of the Isle of Man's maverick racers. Regarded as someone who never hesitates to speak his mind, he is a favourite amongst fans. This, despite the fact that he has never won the TT. Closer to the Edge showcases Martin's life as he prepares for another TT season. A lorry mechanic by profession, Martin explains his passion for racing at the TT. It also documents a thrilling 2010 TT season that saw Ian Hutchinson win in the Senior TT class after a string of incidents. In a sense it is about a season that truly highlights the brutality of the TT. Spoiler alert! Martin runs a bit too wide, clips a wall and crashes in a spectacular fashion, his motorcycle bursting into flames as it slides down the road. Another incident depicts the dangers of pushing beyond the limit. Conor Cummins is in the running for a TT title when suddenly, in a corner, the rear end gives away, dragging him and the bike over the edge. He is flung down an open field and his bike is a mangled mess of motorcycle bits. The visuals are compelling and terrifying all at once. Another highlight of the film is its short interview with the fastest woman at the TT, Jenny Tinmouth. This documentary is an eye-opener. Oh, and did we mention it's in 3D?

Motorbike Madness
This documentary filmed during the 1998 edition of the TT throws light on the lives of racers of a bygone era, which is why it makes it to this list. It is a reminder of what the TT used to be just twenty-odd years ago. The motorcycles are old-school and the riding technique is so different compared with today. But what really stands out for us is the human connect the story has, as it follows the life of professional racer Marc Flynn. He is about to become a father. His pregnant wife has opted not to accompany him for practice week as the stress of it all is just too much for her to handle. Out on the course, sections of the film show riders tackling the mountain course on rain-soaked roads, making you wonder why they do it at all. Especially given that they are riding motorcycles that have got no form of electronic safety nets. A bonus is the fact that there is a considerable focus on the sidecar races as well, and being allowed a glimpse into the mind of the sidecar racer is something that we like immensely. Watch it with an open mind, and you'll be surprised how much you enjoy this one, even if it doesn't have the biggest names in the TT.
John McGuinness: Breaking the Barrier
John McGuinness is the veritable king of the mountains. A title bestowed upon him by the road racing fraternity for his almost mind-boggling number of wins at the TT. The tally so far? Twenty-one victories. This documentary showcases McGuinness' journey as he adds another feather to his cap - that of the fastest man at the TT. He decimates the fastest time as he becomes the first rider to lap the 60km mountain course at an average speed of over 210kmph. Watch him explain his passion for TT, his commitment to learn the course, even riding a bicycle through it - it all is the stuff of legends. And there's another bit of news for McGuinness fans. There's a new documentary about him that's likely to come out after the 2015 edition of the TT. Some fly-on-the-wall filming has been done in the run up to the 2015 edition of the TT, and apparently the footage holds plenty of promise. But for now, just watch this, willya!

The Isle Of Man TT: A Dangerous Addiction
This documentary by David Niblock shows the life and trials of a bottom of the heap team. Niblock documents the developments as racer John Ingram makes his TT debut. From the hassle of sponsorship to how to get right the set up of a motorcycle, the challenges are brought to the fore. He also documents the tension in the air as riders set off from the start line, separated by ten-second intervals. Interviews of illustrious TT personalities such as Guy Martin and John McGuinness reveal the common threads between the established racers and the newcomers. They all have that streak of madness and it is the thrill that drives these incredible racers. As Guy Martin highlights, "Where else can you go out there and if you get it wrong, you die." The appeal of this documentary lies in its ability to make you feel that you are right there at the TT.

TT Legends Documentary
This film takes you behind the scenes and gives you unprecedented access to the way a TT Legends team operates. The team comprises of the legend John McGuinness, Aussie Cameron Donald and the fastest newcomer in 2011, Simon Andrews. The documentary showcases the happenings at the team over the two week period. It shows where the riders live, what they eat, how the motorcycle is being set up, interviews with chief mechanic Julian Boland and a lot more. It also reveals the intense, on-track rivalry between McGuinness and Donald as well as the reactions to the misfortune that strike the team when Simon Andrews crashes out of the race. The excitement, the tension, the nervousness and elation of a TT win - the contrasts are all there in this wonderfully shot film.