As an engineer by profession, an automobile one at that, I get all tangled up whenever something new from Lego comes up. It's not so much the build itself as much the creativity that goes into designing the set. The first thought that hits my brain is what were the guys at Lego smoking when they came up with these zillion pieces that all somehow fit into each other to make something absolutely brilliant. 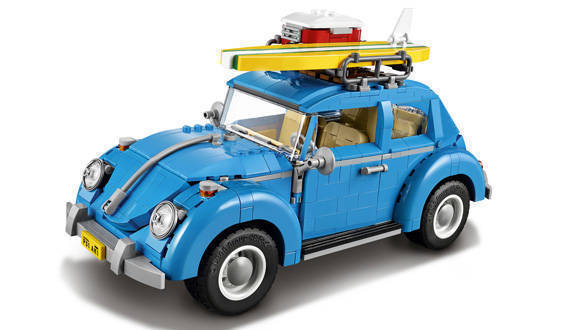 I've been a fan of Lego since I was a kid, and even as I grew up the fascination never ever wore thin. So much so that one of the first toy stores I ever introduced my son to was the Lego store in London. From there even he was hooked and I've kept funding his passion. Except for that one time when he wanted the Death Star, and all I told him was if he could pick up the box by himself, he could take it home. He was 7. He tried, failed, cried and on the inside I cursed. 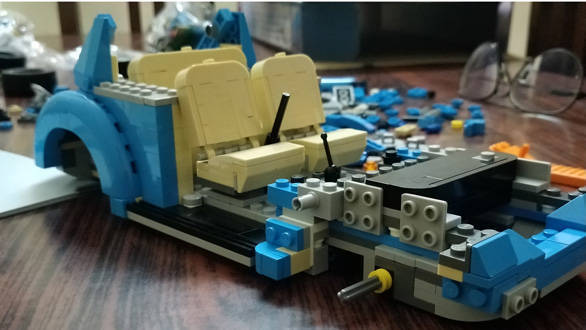 But I've harboured both of our passion for Lego for over a decade. So when I did get my hands on the Lego Creator Volkswagen Beetle, it was my boy who couldn't hold on and ripped the plastic off before I had to hold him back. This all new set is an absolute marvel. Built by assembling 1167 pieces gets you a pretty close replica of a 1960's Beetle, right down to the fenders, the headlamps and even the way the fenders are shaped. But that isn't all, staying true to the original, the Lego Beetle even comes with the nearly flat platform chassis, on which you begin building the body work and the rest of the components. 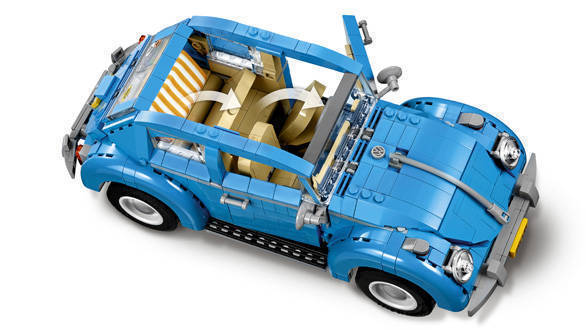 It's also got the boxer 4-cylinder engine which you build, a fuel tank under the hood, forward flipping seats, and all the detailing you'd need in a build of this order. If you're a Lego fan, most of the parts look familiar, however the curved fenders are pretty new and you'd appreciate the design and quality. It's even got these pretty cool beach buggy style tyres complementing the beach theme on the packaging, in addition to the surfboard, an icebox and a beach towel that rolls up behind the seat that come as accessories. 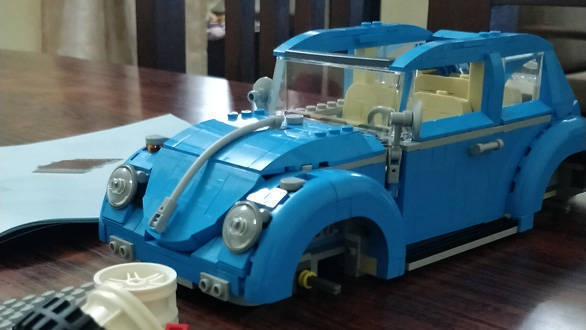 It's hours of fun, building this and once completed has the look and feel for you to place it right next to your other scale model collections if you're into that. I am and now that Beetle is now residing on a shelf where the rest of my worldly possessions go!