When a man commutes 120km a day in Mumbai, you make sure he gets the most efficient car possible. So when the Celerio diesel came to us we unanimously decided that Lijo who makes a near heroic daily commute from Dombivli deserves it the most. Unfortunately for Lijo, I'd just tested the car a few days before and realised that it was super efficient and rather pleasant to drive. So the moment the Celerio arrived, I swiped the keys to squeeze in an affordable weekend drive home to Belgaum. Here's what I discovered over three days and 1,000km. 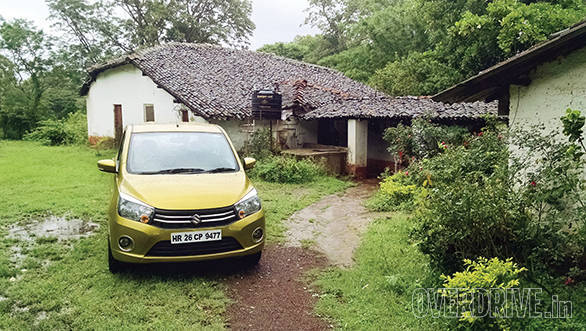 Yes it does sound like a commercial vehicle on startup. The engine cranks over lazily with a groan and you wonder if it is going to start, but it always does. In first and second, it sounds rather like a Nano too but as the speeds rise the engine starts to get quite smooth and reasonably quiet. In fact at highway speeds you'd never guess there are just two cylinders under the hood.

Maruti has a reputation of tuning diesel engines really well - they've done a much better job with Fiat's engine than Fiat themselves. And now, even with their first in-house engine they've done a great job with tuning the power delivery. The surge that exists within 2,000-4,000rpm is sufficient for city and highway work. The fact that the engine goes dead above this doesn't really matter because the engine can settle at a steady 120kmph cruise without much of a struggle. With some careful throttle work I was able to extract 17.5kmpl (the display was showing 18.5) despite holding speeds between 100 and 120kmph. I covered the journey in the same time as I would have in a bigger, faster car but using much less fuel! The only time you will feel the lack of power is if you downshift and expect a surge for a quick overtake - that's not going to happen.

The Celerio is quite a usable highway car - it has enough performance and is spacious enough for four with light luggage. The issue is that like all small Marutis it feels fidgety at speeds. Cross winds and minor camber changes in the road cause small changes in direction and you constantly have to make steering corrections above 100kmph. Its small size reminds of a slightly larger Alto (the car it replaces internationally) and that makes it good fun to filter through traffic or chuck about. The light clutch also makes dealing with Mumbai's constant jams this monsoon quite a breeze. The handbrake works really well too which encourages a bit of mischief around slow tight bends.

All told I rather enjoyed driving the car over the weekend. I did, however, find that the seat gets a bit uncomfortable over a long drive but I suspect that this is because the seat is designed for shorter people. There's an unusual bolster at the top of the seat that would fit above the shoulders on the average person but it meets directly with my shoulders which causes some discomfort after a while. 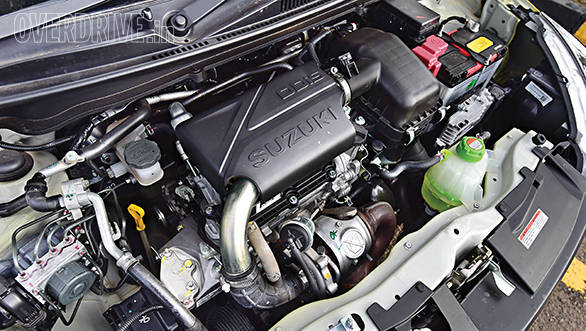 Rs 6.4 lakh on road is a hard pill to swallow. After all, with a simple small capacity engine - we were expecting a lower price point. But having spent time in the Celerio, I've realised that it has everything you could need out of a car. The audio system is decent, the steering has Bluetooth controls that allow you to make and receive calls, the rear is spacious enough and the car has a pretty comfortable ride quality. There's really not a lot to dislike about it but the thought always lingers that it's a lot of money for what's essentially a grown up Alto with a two cylinder diesel engine. The question is whether the car is nice enough for those thoughts to fade away over time.

The Celerio has just come back from its first service, and while there was no oil change (that comes in at 10,000km), that basically means the car got a nice wash and a quick check up before returning to us. We reported in our road test that the quality wasn't up to par in areas. As it turns out the rear wiper wasn't working because a coupler had gone bad and Maruti has rectified the issue. Regarding the rear bench coming loose, Maruti has fixed that with new plastic locks that will hold the seat squab down to the metal work and hopefully they will be stronger than the earlier ones. Still it feels like it won't take much of a pull to get the bench loose again. Otherwise I'm happy to report that no squeaks, creaks or rattles have emerged just yet no matter what we've thrown the Celerio's way. In our next report you'll read about how the car deals with Lijo's mega commute.