One fine day in office we just happened to pool together our passports to see which parts of the globe our combined experiences covered. We realised that we actually had a lot of the globe covered already but this came as no surprise. With the number of international launches and drives we get invited to, there is no dearth of Schengen and US visa stamps on our passports. But missing were stamped visas from our neighbouring countries like Nepal, Myanmar  and Bhutan. Most of them are accessible by road too (with the exception of Sri Lanka) and so the next obvious thing was to plan a road trip to meet our neighbours. And since Varun, our show's producer Sohini and I are not exactly the epitome of culture and polish, we thought we'd take along six OVERDRIVE readers to better represent India. Knock, knock anyone home? 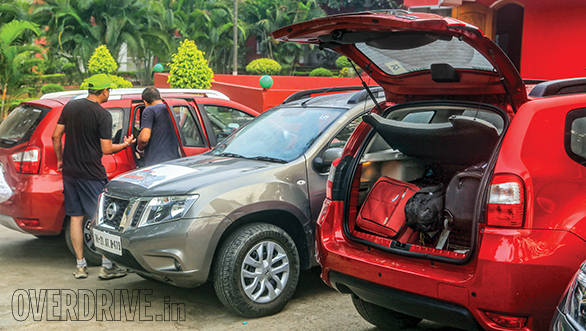 We set out for what lay ahead of us - over the next 18 days we would visit four countries, covering nearly 5000 km and taking in some amazing sights

Where better to kick off our trip than from our nation's capital. The plan was to leave in the night so as to skip the heavy morning truck traffic getting out of Delhi. This would also mean that we would be able to reach the border early in the morning ahead of the rush. We were going to cross over to Nepal at the Bhimdatta crossing in Uttarakhand. After a long afternoon nap we were wide awake at 9:00pm just in time for the arrival of our rides for the trip. The sight of the Nissan Terranos pulling into the hotel driveway greeted us as we checked out.  For me this is when the magnitude of what lay ahead of us really set in. Over the next 18 days we would visit three countries, covering nearly 5000 kilometers and taking in some amazing sights. We had four Terranos, two 85PS diesels and two 110PS diesels. We quickly loaded them up with luggage, spares and lots of water and snacks. It's always good to carry as much water as you can for long trips, especially when travelling over unfamiliar roads. 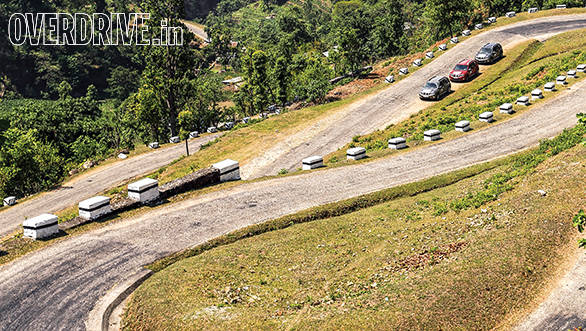 After driving through the night we reached the border at 8:00am and on time. We passed through the Indian border cleanly enough after our passports were checked but the checking at the Nepal border took a little longer than expected. To cross into Nepal, you only need to produce a government approved identity proof and your car papers and you're good to go.

After the agonisingly long customs clearing and RTO checks, we were finally free to drive into our first country. 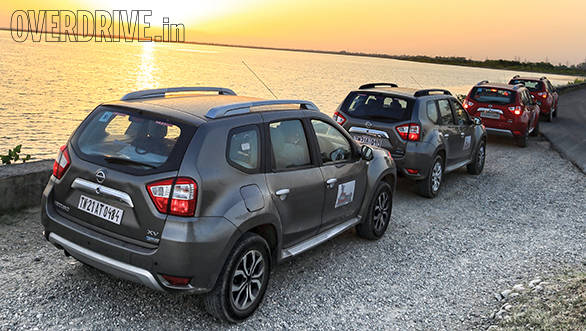 The first sunrise as we head towards Nepal 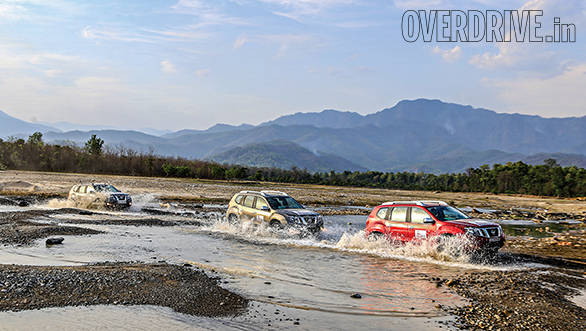 . . .  and now, for some river bashing - unbridled fun along the way to Nepal

After resting at Butwal, we headed out towards the capital city of Kathmandu  a mere 260km to the east of Butwal. On the way we would be driving through the beautiful Terai range with the foothills of the Himalayas to the left of us and the plains on the right. At Bharatpur we turned northwards and then headed up towards the hills before continuing eastwards towards the country's capital city. The tight mountain roads brought a welcome break from the monotony of the plains. 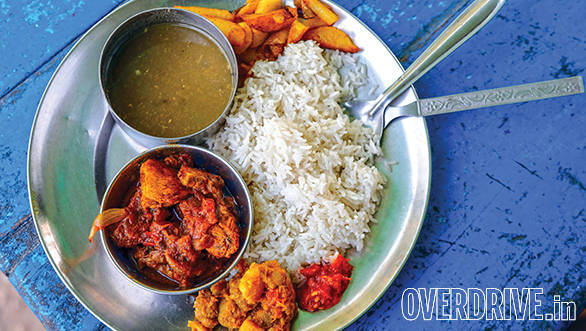 We stopped at a quaint little roadside dhaba where we got to experience a typical Nepalese meal of dal-bhat and chicken, freshly made and piping hot 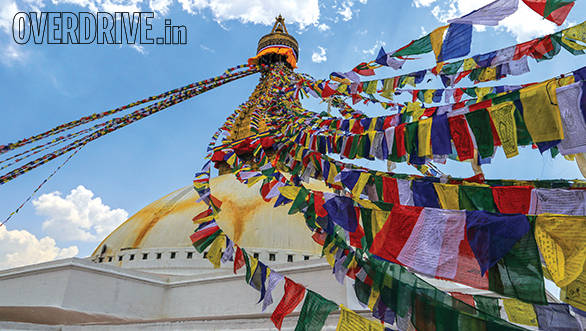 The Stupa at Boudhanath towers over the Kathmandu skyline 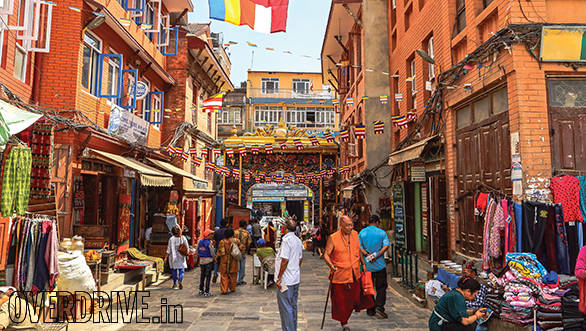 Shops offering a variety of handicrafts and souvenirs in Kathmandu. You can also purchase cheap hiking gear 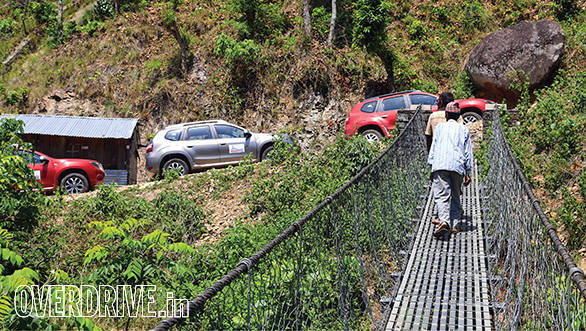 On the way to Hetauda, we drove through some truly awesome roads 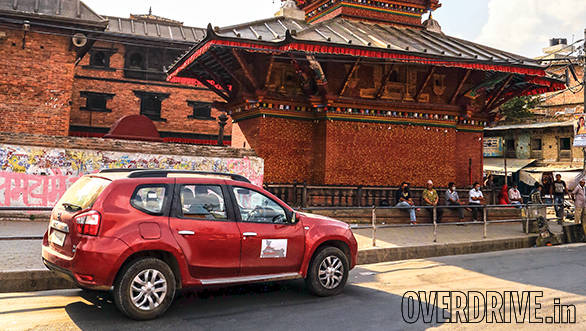 It was quieter than usual near the Pashupatinath temple, allowing us to leisurely take in the gorgeous pagoda-inspired architecture of the city

Later, we headed up into the mountains of Nepal to the lofty hamlet of Daman. It sits at a height of 2320 metre and though that's not quite that high, it offers a perfectly unobstructed 180 degree view of the snow capped Himalayan range. 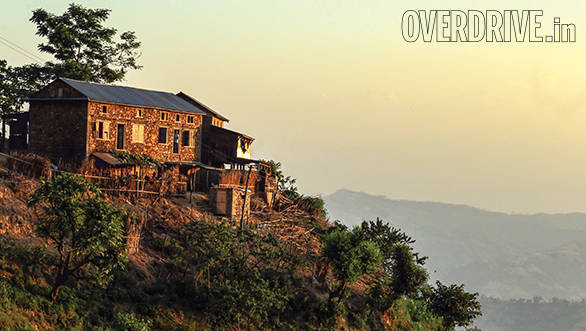 The sunsets got better and better as we continued our journey

To get to the Myanmar border from Gauhati takes about two days. At the border, the paperwork was supposed to be more straightforward here as most of it was done in advance but as luck would have it, here too we got delayed. But thankfully, since we were coming back into India the Carnet papers (a custom check exemption document) for the cars were not required. The relief was evident on all our faces. 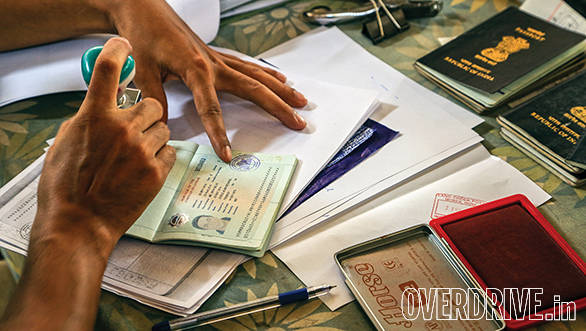 We ended up crossing over to Myanmar in the fading light with our hotel a further hundred kilometers away  this was going to be another late night. 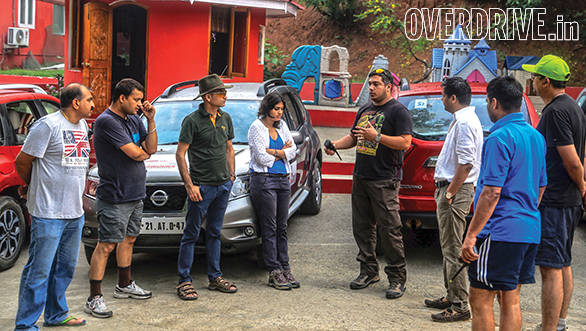 Team OD and readers gather for a quick briefing session

The next day we set out towards Mandalay which is the second largest city in Myanmar. The city is really well planned and is a stark contrast to the rural areas that we drove through on the way. The city has some beautiful sights to see with many pagodas and also massive lion sculptures guarding temple gates. The next day we headed to the temple ruins of Bagan, the ancient city which was once the capital of the Pagan kingdom. 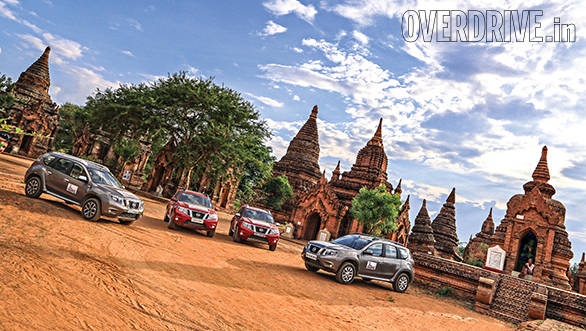 The temple ruins of Bagan make for the perfect backdrop 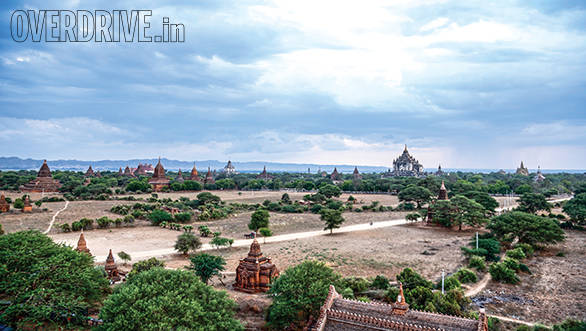 Our trip was really short lived but we did really enjoy our time in Myanmar. The next day we drove back to the border town of Tamu to cross back into India and then head to Bhutan. 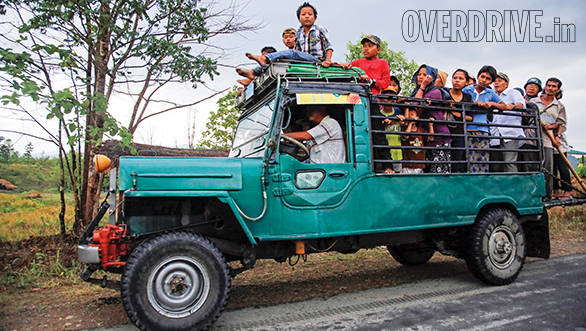 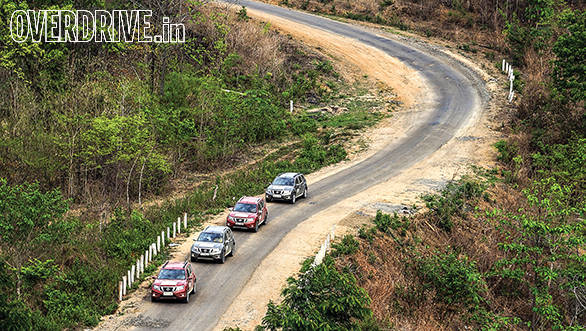 Our convoy moves along with nearly military precision

It had been barely a month since I was here last (thanks to Royal Enfield Tour of Bhutan) and having really loved the country of Bhutan I was dying to share the joy as Sohini, Varun and all our readers got to experience this beautiful country in the clouds. 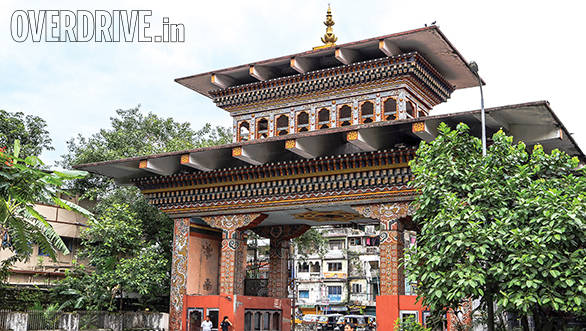 Due to some delays in immigration procedures, we ended up leaving the border town of Phuentsholing at 4:00pm, not the best time to be leaving if you wanted to enjoy the beautiful mountain roads that snake their way up and down and up again as you head back into the glorious foothills of the Himalayas.

City in the clouds 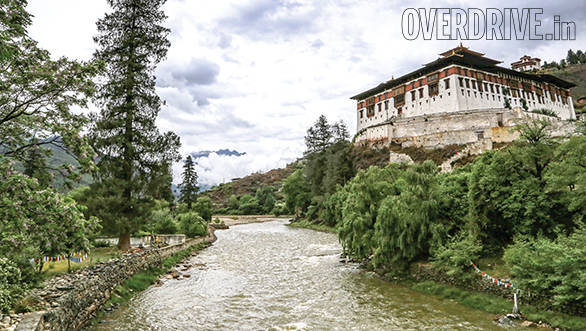 Driving into the picturesque city of Paro is really a treat for first time visitors. And we weren't disappointed the next morning when we all awoke to what I believe is one of the prettiest cities I have ever seen. The lovely square houses with beautifully painted walls and woodwork are all neatly arranged as if by design. Even though the weather was not at its best (peak season is between Dec  Feb) we all came back to the hotel after an early morning with memory cards full of pictures. 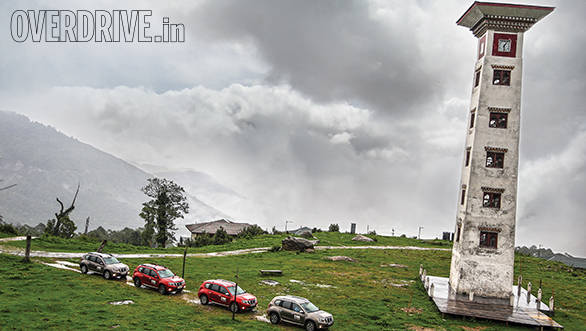 The weather played spoiltsport but we left Paro with vibrant memories

We then made our way on to Thimpu, the capital of Bhutan. It's a very well planned city and first time visitors need to know that Bhutan is very strict with their speed limits and road rules. So you need to be extra careful while driving anywhere in Bhutan but particularly in the capital. Amit Jakhar was really surprised with how disciplined the traffic was "I wish this was the case back home". 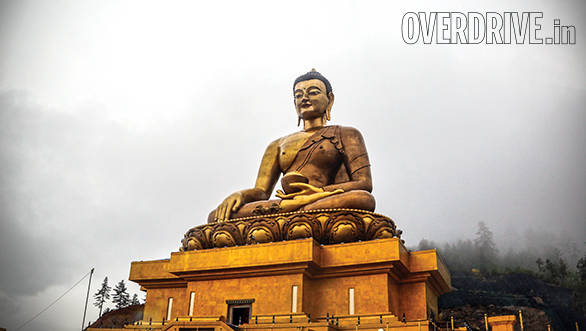 After some souvenir shopping in the capital we headed back to Phuentsholing for the night. The trip back was one of the most exciting and challenging of the whole visit as we again ended up driving through the night, having been delayed thanks to a traffic jam in Thimpu. As luck would have it, we also got caught  in what was the first proper downpour of the monsoon. The narrow roads were wet and slippery, streams flowing over them at a number of places. We even had to clear rocks and stones away from fresh landslides on two occasions before continuing on our way. This 170km drive will probably play out countless times in our minds. The next day, we all made our final border crossing back into India. 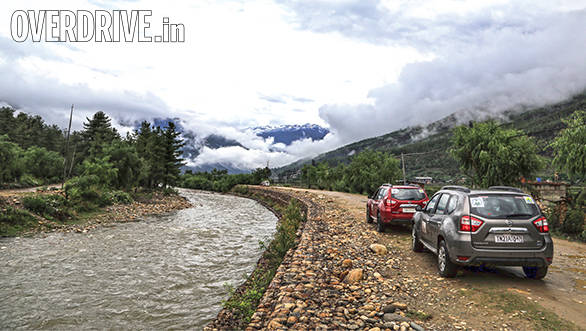 We journeyed into their lands, soaked in their traditions, their ways and even broke bread with them. In a way, our mission to meet our neighbours was complete. And the next time we knock, maybe you can come with us.