Mercedes-Benz Frame the Star: Profile of the finalists

Frame the Star's face-off round has begun and Lijo Pathilchira is here to show you everything that is happening behind the scenes.

In this unforgiving heat of Jaipur the best way to navigate the city streets is to cruise around in a Mercedes-Benz CLA. Fifteen individuals get to do just that, and stand a chance to own the car for a whole year. Better Photography and Overdrive's 'Frame the Star' contest has selected fifteen photographers from the Frame the Star photo contest, from around the country. Throw in fifteen more professional photographers into the mix and you have yourself a good old-fashioned face-off. 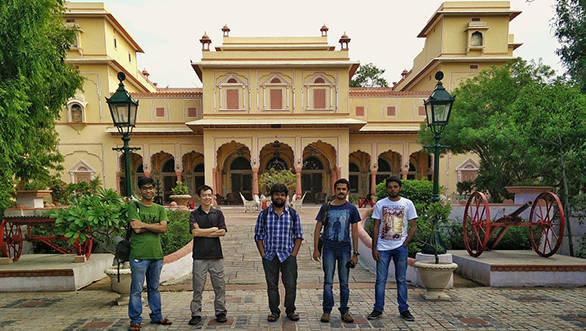 For this phase of this competition 15 of the thirty are headed to Jaipur, while the rest will be heading to Chikmagalur starting 27th June. Each photographer will be given a Mercedes-Benz CLA for 24 hours to shoot. Their objective is simple capture the sense of travel and  adventure that the CLA brings against the back drop of the Pink City. 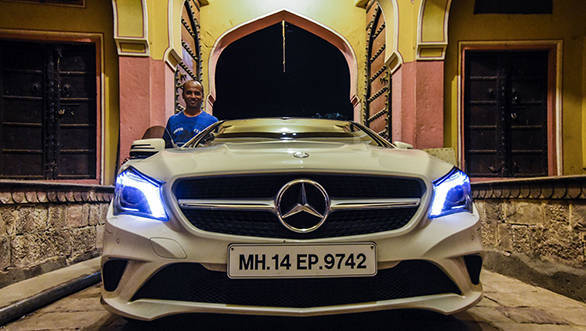 While in Jaipur the photographers have been given free reign; they will have twenty-four hours with the CLA to make their shots happen. But before we jump ahead of ourselves let's take a look at our contestants from Jaipur:

There are few celebrities that Amit Ashar hasn't captured with his camera. During his 25-year long career he has photographed big names such as Sachin Tendulkar, Virat Kohli, and Abhishek Bachchan. He has also worked on films like 'Rang De Basanti' and ad campaigns for LG.

Aman's career as an Art Director led him to pick photography as a hobby. Five years down the line he has become a self-taught photographer, standing toe-to-toe with some heavyweights on this list. It just goes to show that passion can take you far, all the way to Jaipur in this case.

Who says you can't follow your dreams with a full time job? Abhijit Paul proves such nay-sayers wrong everyday with his passion for photography. When he isn't clicking pictures he's working as a software engineer for an MNC.

There are two things Ketan likes, cameras and motorcycles. It's no wonder that he works for Royal Enfield and is one of the contestants in this combination. When you combine an adventurous spirit with the skill to frame beautiful images, you get a photographer like Ketan.

For Pushp Deep a degree for mechanical engineering wasn't good enough, so he turned his focus to photography. Luckily his elder brother supported his dream and gifted him a DSLR camera. Now Pushp runs his own communications and branding agency called iSplash Creative Consulting Pvt. Ltd.

Another story of how your talents can serves as an inspiration for a career choice; in the past three years Ishan has done quite a bit of commercial work. And it all started with a camera given to him by his brother.

Kartik has been featured on Better Photography and National Geographic. He has also been listed as one of the top ten wedding photographers in New Delhi. He gave up his job at American Express to start KJPhotoWorks.

Arpit is an architect turned photographer who likes to click portraits and landscapes. From designing buildings to framing them in his camera, Arpit has come a long way.

William turned his college hobby into a career, and now he has a decade's worth of work to look back on. When he isn't busy shooting weddings he imparts his knowledge to a younger generation through teaching.

Naveen has previously worked for the editorial team of Better Photography, but now he heads the Nikon India Technical Team for the west region. He has been featured on Better Photography and National Geographic, and is currently training a younger generation of photographers.

Amit Mehra strikes a fair balance between commercial and documentary style of photography. His multi-tasking nature and eye for detail make him a force to be reckoned with in the world of photography.

Gaurav is no stranger to advertising and fashion photography. After all, he has been doing it for the past seven years. He also enjoys travelling, making him the perfect contestant for this competition.

V Ramana searches for the beauty this world has to offer and captures it in his camera. If there's one thing he won't abide by is a bad shot. It's that level of perfection that has brought him all the way to Jaipur.

There was no need for an established businessman such as Vikas Birla to venture into the world of photography. But when you get the calling you have no choice but to answer it. Like many people on this list Vikas is a self-taught photographer with 6 years of experience.

The decision to pursue photography was as instant as his first camera, a Polaroid SX-70. Today, Altaf Khan primarily shoots advertising campaigns for leading multinational brands.