Xiaomi sent us a new gadget to the review last month - a wireless, portable inflator under its Mi range of products. Xiaomi often impresses with their packaging, design and build quality - be it something as small as the Mi band or something big like their weighing scale. The Mi Portable Electric Air Compressor comes in a compact, minimalist cardboard packing too and inside you get the unit itself, an instruction manual in multiple languages and a soft bag for carrying the inflator and its accessories, which include the micro USB charging cable, an adapter for use with smaller valves and another adapter pin for use with footballs, basketballs etc. 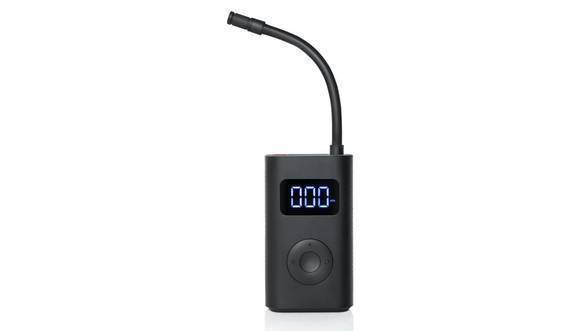 The build quality of the inflator is quite good, the plastics feel robust the touch and all of its body panels and tightly put together, just the way you expect of a premium product. The matte black finish feels good to the touch, is easy to grip and should theoretically be more enduring against scratches in the long run. The carrying pouch provided for the inflator is made of soft cloth that accumulates dust and dirt easily and a waterproof alternative would have been a better idea for a portable device of this kind. The unit looks like a pad-lock/iPod/battery-pack/portable-speaker - all rolled into one - but it isn't either of them. It does have a LED torch though, which is a handy addition if you were to have a puncture at night. 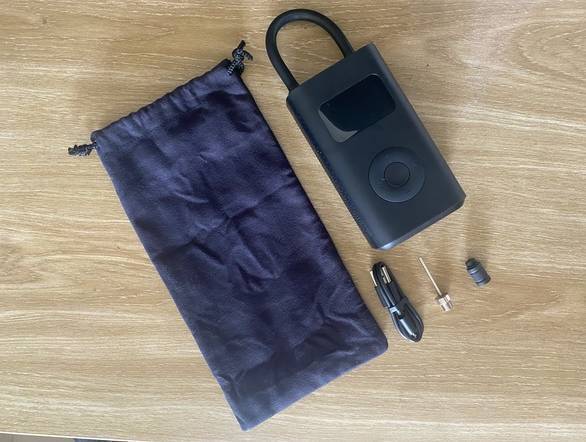 The Mi inflator is switched on by simply pulling out the filler tube, and vice versa to switch it off. While in transport, if this tube were to get pulled out and switch on the inflator unintentionally, the unit will automatically turn off if there are three minutes of inactivity - so that's one less thing to worry about. The pump has a 150psi pressure limit which is more than enough to fill up tyres on bicycles, motorcycles and even cars. The iPod like switchgear on the fascia isn't a rotary dial but has switches laid out in a clockwise format. The one at 3 o'clock cycles through four presets - bicycle tyres, two-wheeler tyres, four-wheeler tyres and inflatable sporting balls. Using the adjacent +/- switches you can adjust the pressure as per your need. The fourth switch toggles the LED torch. 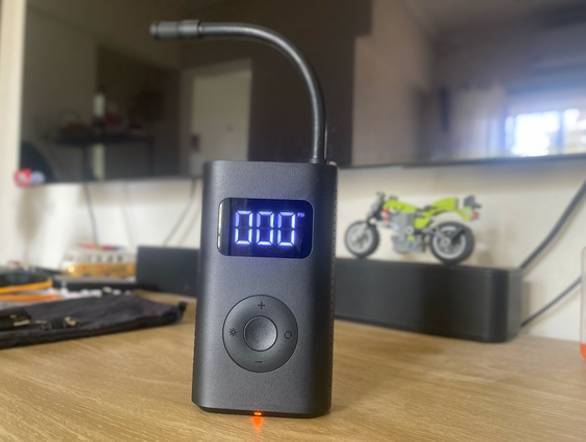 For the tests on the Mi inflator, I started off with a bicycle which had lost all air, thanks to the lockdown and my laziness. The unit took about a minute to fill the tyre from 0PSI to 22PSI. Bicyclists will particularly appreciate the wireless configuration of this portable inflator and given its small size and lightweight, you can simply pop this unit into your waist pouch during the longer rides. 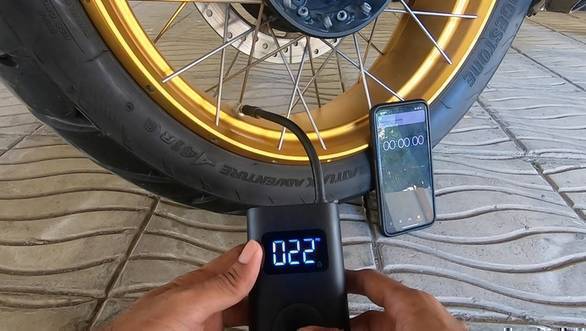 For motorcyclists, I tested it on the rear tyre of my R 1250 GS, on which it took about 4mins to go from 22PSI to the 36PSI. Riders of adventure or off-road motorcycles will usually drop air pressures for better traction on dirt and replenish the air pressure again for road use. In such a scenario, the Mi inflator makes a lot of sense. 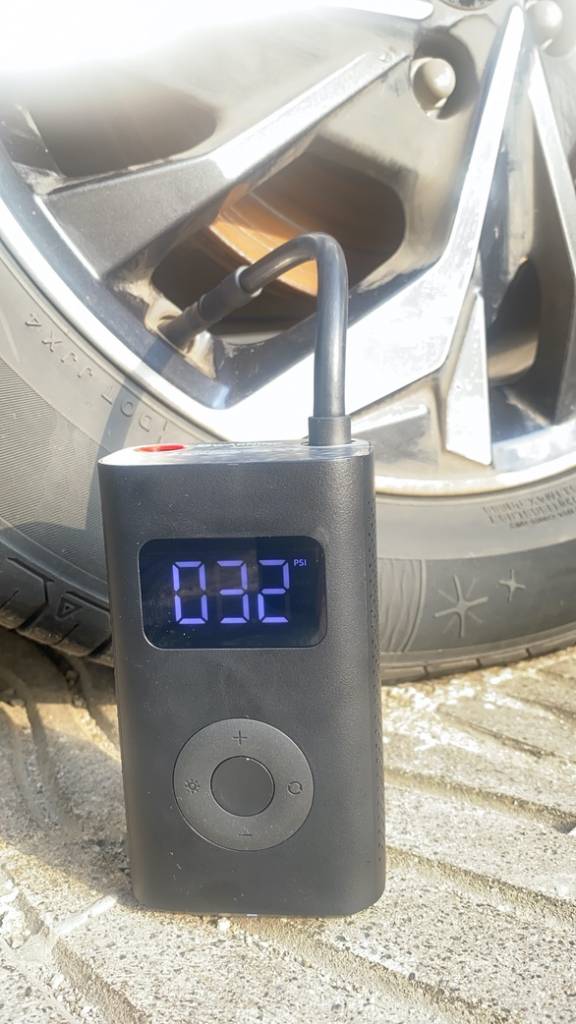 For the car test, I hooked it up to the tyre of our long term Creta on which it needed around 10mins to go from 15PSI to 36PSI. Once you attach the filler tube onto the valve, the Mi inflator will also tell you the current pressure of the tyre - so that's great if you are monitoring a tyre for a leak or slow puncture without an onboard tyre pressure monitoring system. The R 1250 GS and the Creta, both come with it and while the indicated starting value was identical on the TPMS and the Mi inflator's display, the final values were off by around 2PSI, with the inflator indicating that it had reached the set value but the TPMS on both the vehicles disagreeing with it. Letting the pump cool off a bit and rechecking values with it showed that the pressure was indeed off by 2PSI. 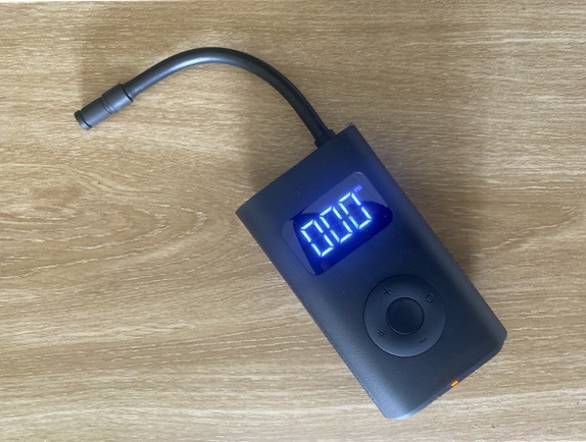 That said, the pump doesn't get worryingly hot and even after back to back tests on these vehicles, it did not give up or overheat. Mi claims that the inflator can charge eight bicycle tyres, six motorcycle tyres or five car tyres on a full charge. Take that with a pinch of salt though because by the time we did one bicycle tyre, one motorcycle tyre and one car tyre, it had already started blinking amber on the bottom of the unit, indicating that the batteries were down to 50%. Furthermore, the inflator won't work when you plug-in the charger, meaning you have to ensure that it is fully charged (needs three hours) and ready during your travels. If you are the type of person who doesn't want to worry about charging yet another device during your travels, a wired inflator could still make more sense to you. But if you don't have a 12V socket on your vehicle or if you are aware of how iffy 12V sockets can get with dirt and grit, the wireless portable charger could make more sense for you.

To put things into perspective, other popular inflators include the ResQTech Micro Tyre Inflator priced at Rs 990, the Amazon Basics portable inflator priced between Rs 3,000-4,000 and the Michelin 12264/12266 tyre inflators priced between Rs 2,500-4,100. All these options are, however, the wired type. The Mi inflator, priced competitively at Rs 2,300, trumps these options with its wireless form factor, better build quality, easier user interface and relatively better portability.