Moto Magic: The effects of watching a live MotoGP race

The sound still plays in my head as if it was only yesterday. But it's been well over three weeks. Nostalgia is a trip I keep buying tickets to. I can't help it because, I guess, I don't want to ever forget what it was like. They say one is lucky if a long cherished dream comes true, no? Mine was always the wish to watch MotoGP from the grandstands at a circuit. And Yamaha India was the genie that made that wish come true, when they took me along for the 2018 MotoGP Japanese Grand Prix, as part of their Call Of The Blue campaign. 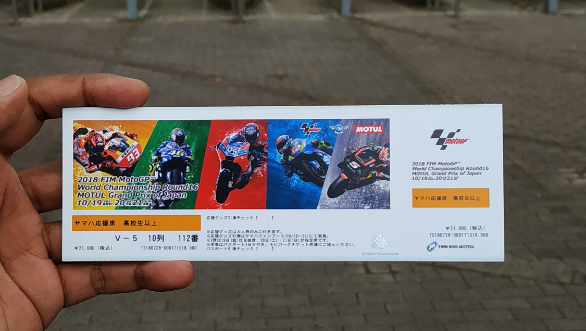 That's the ticket to happiness!

Up until that day, however, I've always imagined what it would be like to watch MotoGP bikes in action. The speed, the noise, the way the bikes flow from corner to corner. To me, it is the greatest spectacle on earth but I certainly wasn't prepared for the experience when I finally landed up at the Twin Ring Motegi Circuit in Japan. 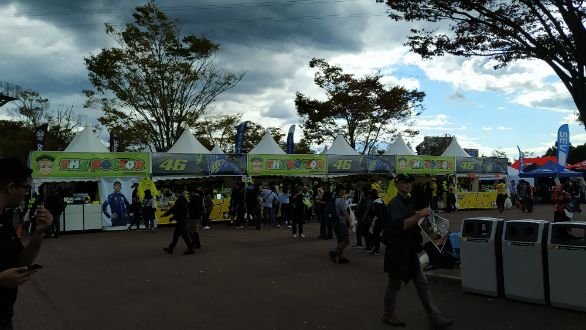 It was electric to say the least and you could feel it even before you reached the venue. A few kilometres before the hallowed gates of the circuit, we were stuck in a traffic jam full of racegoers. From cars painted in the liveries of MotoGP teams, to a stream of bikers making their way past in an orderly fashion (this is Japan!), there's this buzz that sizzles in the air. But once you flash your ticket and walk past the gates, you realise that you've crossed over into a parallel universe. Fans belonging to various age groups, wearing their favourite rider's (mostly Valentino Rossi's) team wear thronged various motorcycle manufacturer stalls, as well as official merchandise kiosks. Items here are a little expensive but worth it, if you consider trackside memorabilia as collectables.

The build up
If you thought that only MotoGP is where the action is, you are wrong. The lower rungs of motorcycle racing, Moto2 and Moto3 are equally fun to watch with some nail-biting racing. These bikes are also closely matched so factors such as tyre choice or set-up have an even greater impact on the outcome of a race. It certainly sets the tone for the pinnacle of motorcycle racing - MotoGP. 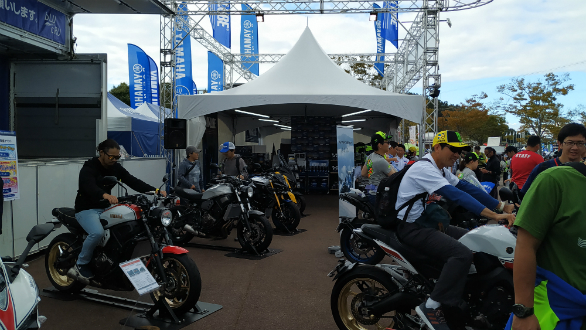 There's plenty of activity in between the races and in case you manage to secure a paddock pass, like I did, you've struck gold. It allows access to the back of the team pits and depending on your timing and luck, you'll spot your favourite rider scooting around. The paddock area at Motegi is not as big as some of the other venues, I'm told, so the chances of catching a lot of the behind the scenes stuff is quite high. You'll see mechanics prepping the motorcycles, data analysts scurrying for answers and what have you.

The Victory Terrace, overlooking the Victory corner at Motegi is one of best places to watch a GP 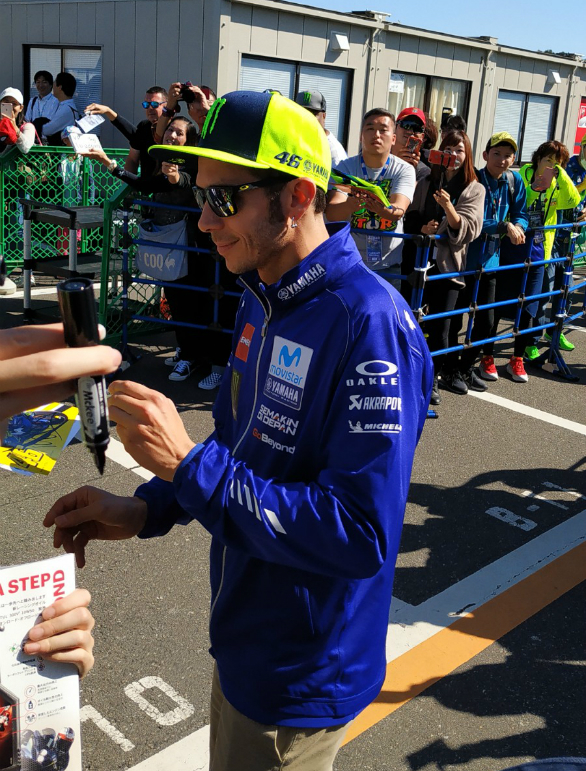 Valentino Rossi is undoubtedly the most popular rider on the grid

I'm a major Valentino Rossi fan and I've been yearning to meet him and watch him race. His passion for motorcycle racing is infectious, and I simply admire the grit and determination of the 39-year old. I got lucky after an hour of waiting behind the pits when 'The Doctor' emerged from the hospitality area to greet a sea of fans waiting for an autograph. I got one as well and I think I'm going to take it with me to the grave.

Time to Race
There's a palpable tension in the air as we watch the riders line up on the grid. Amidst a flurry of activity, it's surprising to see the riders maintain focus and prepare. A few minutes later, the grid clears, the warm-up lap commences and we are all on the edge of our seats.

Lights out
A MotoGP bike is very loud but when you have a grid full of these motorcycles, the sound is mega. As the lights went out, the riders shot off as a stone flies off a slingshot. And then they disappeared beyond the five or six corners that we could see, from our vantage point. The giant telly above the pit garage, thankfully, beamed the race live, so we could keep up with what was going on during the World Championship title deciding event. 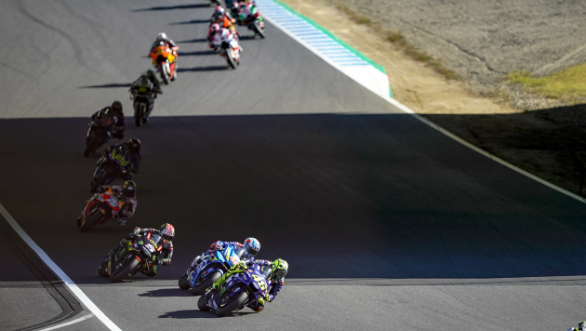 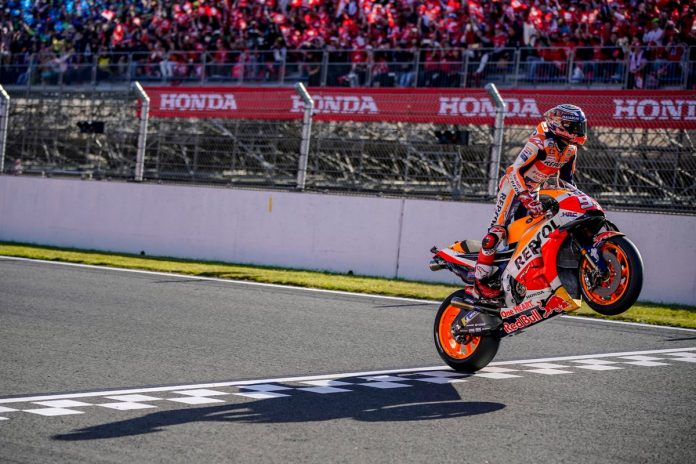 The next 45 minutes just flew by as I watched the riders streak down the start-finish straight. MotoGP bikes are so amazing to watch and the riders even more. The fluidity with which they transition from one corner to another is unbelievable. And then there's the sheer speed of the motorcycle that the TV cameras cannot relay to the audience.
To see the likes of Rossi, Dovizioso and Marquez ride a motorcycle was surreal. The whole grid comprises the best riders in the world, so it definitely was a treat to watch and learn. And then there's that effortless wheelie as Marquez crossed the finish line to clinch the 2018 title. 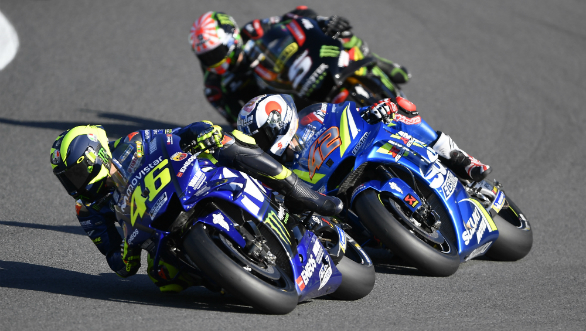 As I type this piece out, my heart wishes for an encore. What makes it worse is that I saw the next race, at Phillip Island on the TV and though I enjoyed watching it, nothing can come close to being there and living the Race. I know I'm going to jump at any opportunity to watch another race and I think you should too. It's the only way to watch MotoGP.