Nissan Evalia entered the OVERDRIVE fleet when half the team was on a road trip, meeting us at the Irungattukottai race track while we were shooting for the 2014 OD Awards. Its arrival was well timed as Varun and I really needed a set of wheels to get us 1,300km back to Mumbai. I need to mention that this is not the brand new updated Evalia (launched in October) but one of the original press fleet vehicles that had already done 12,000km before the keys were handed over to us. Despite the thousands of kilometres already clocked at the hands of various automotive journalists, it's none the worse for wear and covered the long trip back to Mumbai with ease. 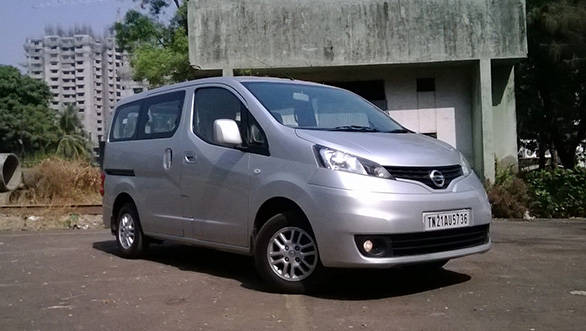 With the third row folded away we were even able to haul our entire luggage, some top secret tuner car parts for Halley and a stack of eight traffic cones from our Chennai office as well. On the open highway, the Evalia was happy to cruise at ton-up speeds and we were able to maintain a leisurely pace on the NH7. Once back to a regular routine in Mumbai, city driving too has been a breeze and its light steering and small turning radius does a lot to hide the Evalia's bulk. Over the holiday season when my family came visiting, the Evalia really was a delight as all seven of us (six people and one dog) were able to pile in for a night out around the city. Over the coming months I plan to finally give in to Varun and Suresh's pleas for a proper fishing trip. One day when no bosses or wives or girlfriends are looking, we'll pack in all our gear and head for the southern coast of Maharashtra to cast a few lines.