The long term C-Class has come to the end of its term and now that it's moving out of our fleet, it's also due for a change. Come 2015 and there is going to be a new C-Class in India that will be significantly different, an entirely new generation. I assume the nostalgia will seep in from the solidity of its design, it's the last of a classic era of slightly boxy yet statuesque looking Mercedes-Benz passenger cars. Here on things are going to take a softer turn where design is concerned and the hard nosed front face that has become a familiar sight will be missed. 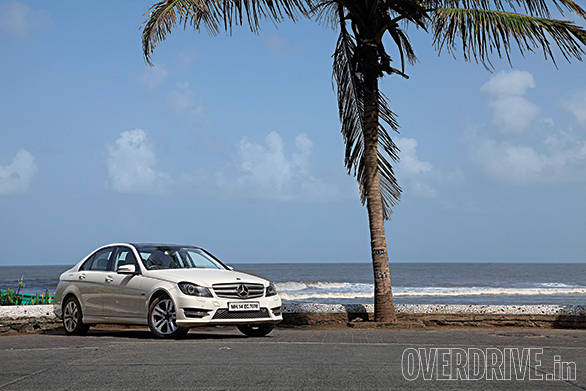 The C-Class is one of the most popular cars not just within the Mercedes-Benz range but also in its segment. In the short time that I have driven it there are distinct reasons to see why it's such a highly sought after car.

Firstly there is the size which isn't large enough to be cumbersome nor small enough to erode the luxuries of interior space. Over the last six months spent with this car, I've driven both the Grand Edition and the Edition C, special editions that offered a little more than what was previously on offer. Of the two I found the ride quality on the Edition C more appealing, which I presume is a result of the wider tyres on the back of the Edition C while the Grand runs the same size all around. Strangely enough the Grand Edition has a slightly larger profile but I still feel it crashes harder into potholes which it isn't supposed to do. Nonetheless there are other likeable attributes as well and you begin to realise just how well these have been engineered as soon as you begin driving something else. The drivetrains; engine and transmissions in the diesel have been tuned for better efficiencies, not performance though there is no dearth of torque and power when it's needed. What it lacks is the urgency which is primary in the equivalent BMW or Audi. Its understated and elegant solution to motoring is what makes the C-Class so appealing in this segment. 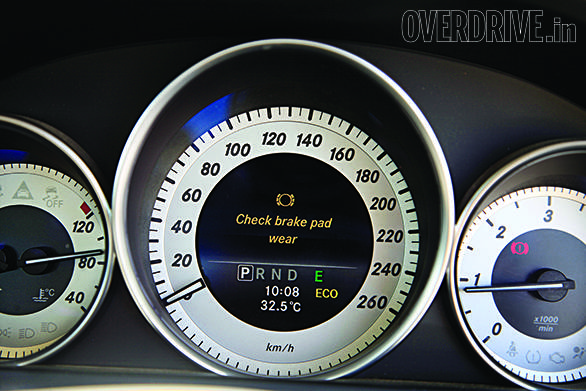 Besides changing consumables like the brake pads, the Edition C has been a relaxed and drama free ownership experience

The one thing lacking in the C-Class is a richness of features to complement the other luxuries. I sincerely hope the next generation C-Class has those features which are now so much more common place in lesser cars. Keyless entry and ignition, audio controls for rear seat passengers, ventilated seats etc should be offered as standard. The lack of these in the present generation C-Class does leave a small void which I only realised after I gave up my superbly equipped long term Elantra and made the switch to the C-Class.

I am nonetheless going to miss the solidity and security that the tank like build offers, the smooth refinement of its diesel engine and of course the comfort of its seats. Here is now hoping the next generation C-Class takes things to an even higher plane.

Read our first report on the C-Class.