My long term has been changing quite a few hands this month and with so much of space on offer that's no surprise. It's in big demand both for long trips, hauling equipment for stories and for moving house. Once the seats are folded away there is a massive 2900 litres of space available, enough to pack your luggage for a week long road trip or maybe even enough to help you move house as we found out over the last two months. 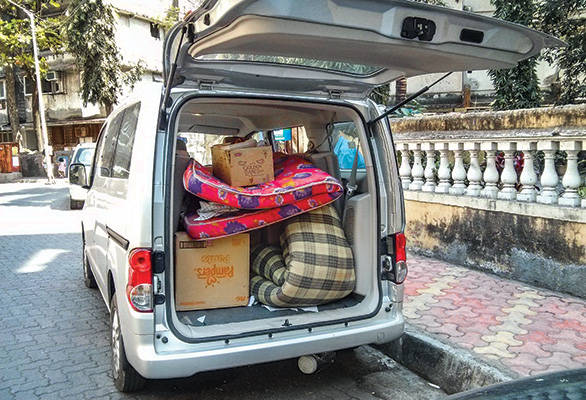 Earlier in the year it played a big role in our 24hr record run, hauling a full load of fuel drums, spare tyres, tools and supplies from Mumbai to Ahmednagar for the event. In March Vaishali managed to help her friend move some of his stuff to a new place while it also carried my precious TV, tower speakers, amp and other breakables (that I wouldn't trust the movers with) when I changed apartments last month. Now it's just come back from its second service having just nudged past 23000km on the clock. It's running smooth and returning a regular 15kmpl again on my regular office commute.

Strangely, the one thing we haven't managed so far with this people mover is a proper people moving picnic. In our MUV comparison, the Evalia scored the highest points for being able to carry the most people and luggage and I feel it's only fair that we play to its forte over the next month. It's also been quite a while since I've gone on a proper camping/fishing trip. Since Varun and Suresh have been nagging me to take them fishing, I think it's about time we all packed a nice fat picnic basket and loaded up the ice box before making a beeline to the nearest fishing hole.