Old Empire Motorcycles turns an RE Electra into 'The Pup' 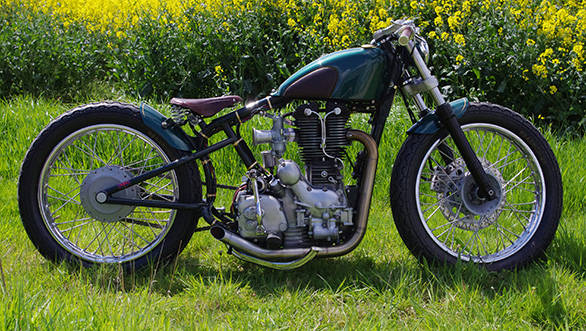 The only resemblance this RE Electra has to its past is the engine. And maybe for those with the keen eye  the frame. Everything else is custom made, handcrafted and artistically fabricated by the folks at Old Empire Motorcycles. 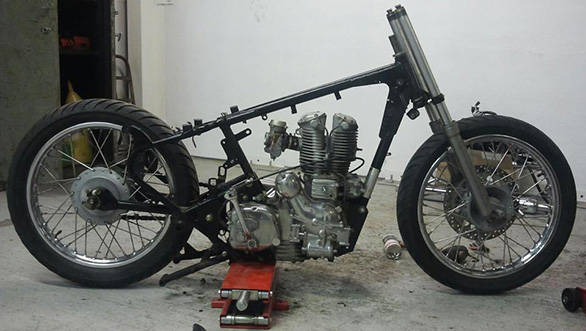 Old Empire Motorcycles is a British custom motorcycle builder based out of Norfolk. Their passion lies in taking iconic British brands that have slowly become diluted by manufacturing processes that have shifted abroad and lending them that unique British touch that will bring them closer to their roots. No surprise then that they have, in their portfolio, more than a few custom Royal Enfields. They have three kinds of builds 

All of their motorcycles are named after icons from Britain's "automotive, maritime and aeronautic" history. If you know your vintage aircraft well, you will notice that the name Pup is an offshoot from the Sopwith Pup, a fighter biplane that was inducted into service in 1916. 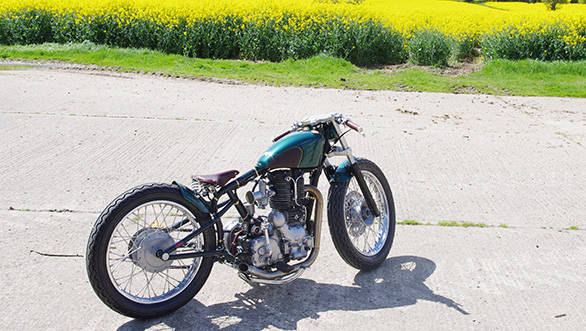 At the heart of the Pup is a 350cc Royal Enfield Electra engine and frame. Towards the rear though, is a fixed axle. Then there is a custom tank with leather knee pads, leather saddle, leather grips, custom indicator stalks, custom fenders, Amal 900 concentric carburetor with a bell mouth air intake and much more. So long is the list of custom bits that the list OEM sent us spanned two entire pages, with every item starting with either custom, handmade or handcrafted.

The Pup, a blend of bobber and tracker styles, was built with the aim of making it not only look good, but be manageable and maneuverable. We really cant tell you about how it is to ride. But we can tell you one thing for sure: for the past couple of hours, we haven't been able to stop staring at it. So much that everywhere we look, we are seeing shiny green with gold pinstriping.

For more information on OEM and their builds, head to oldempiremotorcycles.com