The Mad Max franchise returns to the silver screens after almost two decades of the last movie Mad Max: Beyond Thunderdome. A creation of mastermind director George Miller, the Mad Max series received rave reviews and critical acclaim since the first movie was released in 1979. Mad Max 2: Road Warrior then followed in 1981. The original Mad Max was played by Mel Gibson and the plot revolves around a post apocalyptic scenario, set in a deserted landscape, called The Wastelands. The first movie introduced Max as an officer in the Main Force Patrol of the Australian Outback. Max, in his pursuit to maintain law and order, loses his child and best friend. Bereaved and angry, he sets about destroying evil in the wastelands. 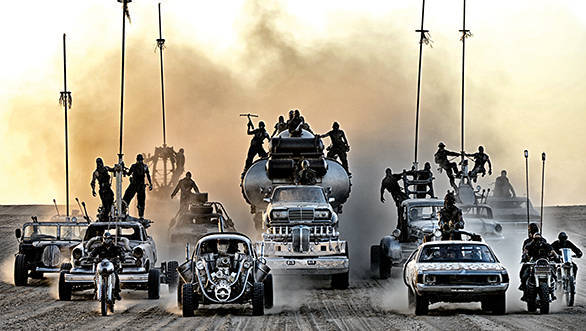 Now, after quite a long hiatus, George Miller will release the fourth instalment, Mad Max: Fury Road on May 15, 2015. Starring Tom Hardy as Max Rockatansky and Charlize Theron as Imperator Furiosa, the new movie delves deeper into the mystique of The Wastelands. Where paucity is the definition of life and the fight for survival would make Darwin proud.

The protagonists are to the plot. As are the vehicles to the movie. The cars, trucks and motorcycles shown on screen are all sans any techno wizardry. According to the film's premise, 45 years post the fall of the world, the bits and pieces of auto components that remain are the one's machined out of steel and not carbon fibre or other exotic stuff... The vehicles are built by salvaging the remains and fusing them together in adherence to the norm of The Wasteland, function over form. 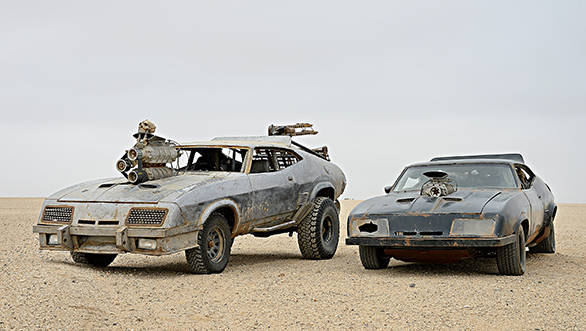 Mad Max's car is the V8 Interceptor based on the 1979 XB Ford Falcon. The Interceptor suffers a cruel fate in the beginning of the movie, only to be resurrected in the latter stages in a more evolved form. The second lead vehicle is that of Charlize Theron. Dubbed the War Rig, the vehicle is an amalgamation of a Tatra Truck, a Chevrolet Fleetmaster and Volkswagen Beetle bodyshells. This six wheel drive, eighteen wheeler is powered by two V8 engines, end to end. The interior has spaces to hold concealed weapons. The War Rig also hauls the five escapee, wives of the villain, Immortan Joe. 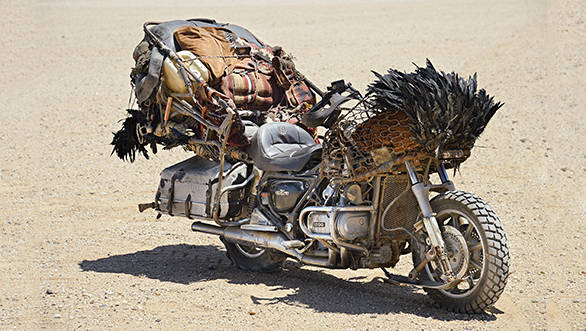 The baddy drives the Gigahorse. Menacing and brutal, the antagonist's prime steed is characterised with his signature motif. Two, 1969 Cadillac Devilles are fused, then split, widened and mounted atop one another, replete with jacked up tailfins. To ensure that the intended mayhem is portrayed accurately, the Gigahorse is powered by a W16 engine that was made by combining two V8s. There are double rear wheels that are two-metre high and the weaponry includes whaler's harpoons and a flamethrower. 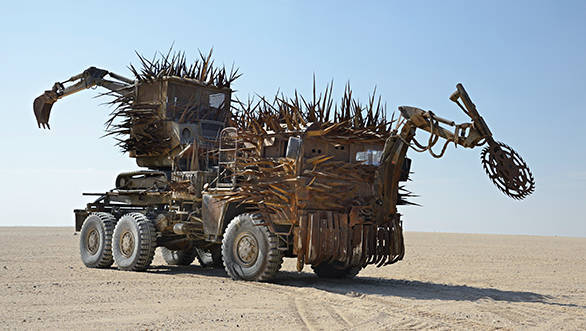 Motorcycles also populate the Wastelandscape and are characteristic to the tribes that they belong to. The Vuvalini, for example, is a tribe of all-female riders that ride motorcycles, kitted to take on the rough and tumble of the desert. The motorcycles include a Yamaha R1  Extended swingarm, Yamaha XT 660, Royal Enfield bike and sidecar, 1995 BMW R1100GS, Honda GL 1200, and a 1976 BMW R100. The Rock Rider gang, on the other hand, rides extended wheelbase trail bikes such as Gas 300, 2009 Yamaha YZ 450F and Yamaha's XT 660 Tenere. The motorcycles are better suited to the topography of the Canyon Pass, where the gang prowls. 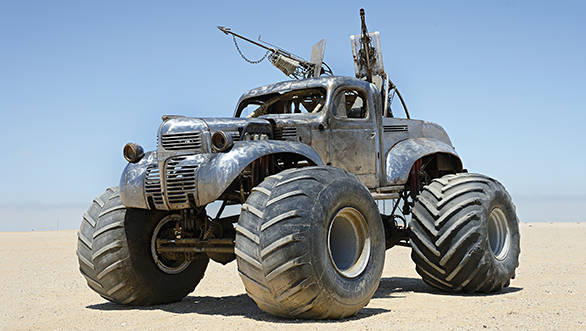 In addition to these, there are Buggies, Fire Cars, Salvage Vehicles, a dreadful excavator and many more. Collin Gibson, the production designer, said that each vehicle is a character that is built for a purpose. The vehicles were designed to grapple with the harsh Namibian desert, the location of the shoot. As he articulates,"We design to the story and react to the reality, and each adds truth to the other. Technically, the desert terrain and climate made for logistical problems such as overheating, wear on suspension, clogged aspirators, etc. However, those very antagonisms added to the beauty and sheer physics of the action with swirling dust, spat sand and airborne vehicles." 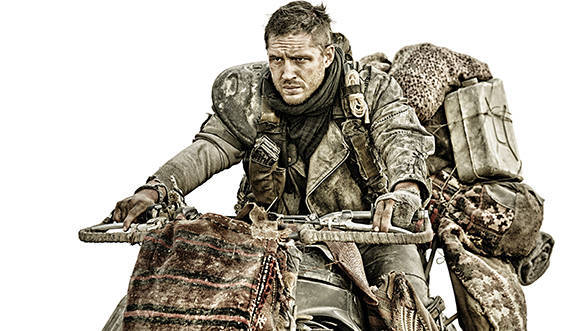 The highlight of the Mad Max movie's has always been the realism in its stunts. Staying true to this ideology, Mad Max: Fury Road's stunts are executed without the intervention of a computer keyboard.