The number of motorists on the road is ever increasing, there are a lot more vehicles on the same roads today and as a result accidents are occurring more often, especially in our country. Documenting the daily commute then is important since the video can come in handy especially as evidence if one is involved in an accident. There are quite a few cheap dashboard cameras available in the market, quite a few free and paid dash cam apps can also be installed on your smartphone. 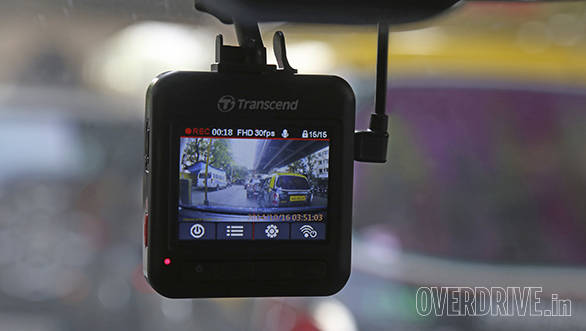 However, a dedicated dash cam has its own advantages, one such video recorder is the Transcend DrivePro 200. The package consists of the camera, power cable and an adhesive mount. It is easy to install but we would have liked it if the mount wasn't adhesive but suction type, this would have made it easier to remove and install in another vehicle if needed. The device has to be connected to power at all times since there is no internal battery. The cable is long since it needs to run along the window, pillar and the dashboard to eventually end at the power socket.

Once connected, the device turns on and begins recording automatically. At start up, the date and time need to be saved and the recording duration can be also be set to one, three or five minutes making it easier to download a certain clip if necessary. The camera records 1080p or 720p resolution videos at 30fps. Video quality cannot be compared to a GoPro but is still very clear, and detail is quite impressive too. A wide 160-degree viewing angle, high aperture and as many as seven lenses help shoot good quality and bright videos in the night too. An in-built motion g-force sensor helps in recording an emergency video during a collision. Sensitivity can be adjusted to prevent accidental recordings as higher sensitivity modes may trigger an emergency video recording even while driving over a speedbreaker or a pothole. This feature is handy, especially since it is a dash cam. 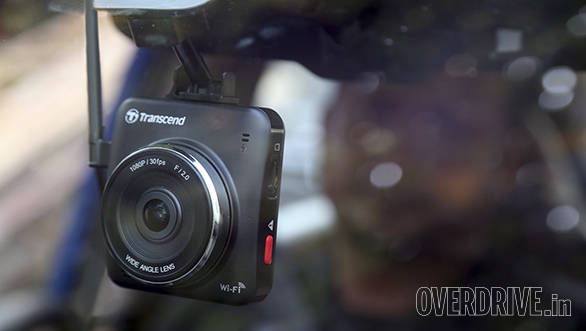 The camera also features WiFi, allowing it to connect to a smartphone. The DrivePro app is available for download in iTunes and Playstore for free. Once connected, videos can be streamed on the phone. One can also download the videos directly onto the phone, which does take a long time but is a nice feature especially if you need to share the video or upload it online. The app can also help control the camera and access the various settings through your phone. 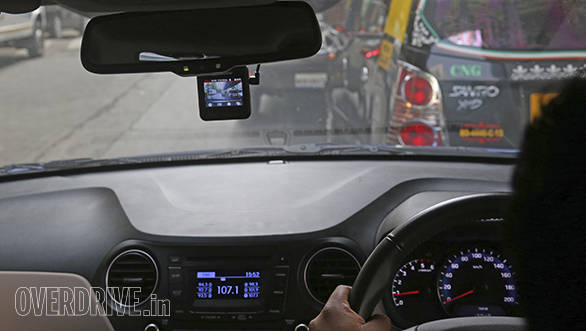 For the estimated price above, the DrivePro 200 is a capable dash cam, videos are sharp and clear while features like a G-sensor and WiFi earn extra brownie points. The downside however is the missing battery, if the car's ignition is turned off or the engine dies suddenly, the camera switches off (unless your car's 12V supply is always on), the video however is saved until that point. The camera isn't compact but that doesn't mean it's large - it's a decent size. Another negative is the date/time reset - one has to manually enter the date and time before using the camera if it is kept switched off for four days. We recommend buying this camera for its wide recording angle, night video quality and the WiFi feature. If these features aren't important, we suggest you look at various other cameras in the market today that offer similar features except WiFi, are more compact and come cheaper.