It has been ten years since Royal Enfield started its Himalayan Odyssey. This is the ride that started it all. Over the years it grew into a portfolio of riding events that take place throughout the year at locations all over the country. From the sand dunes in Rajasthan to the monasteries in Bhutan, Royal Enfield has a tour to suit every kind of rider. 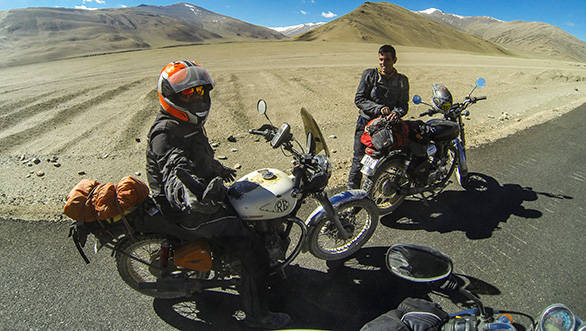 This year's ride had two routes. Both ended in Leh, but took different routes to get there. Images shot by Ketan Kundargi

Almost all of us here at OVERDRIVE have been on the Odyssey at some point of time. We know it as one of the toughest and most demanding motorcycle rides in the country. Starting from the scorching summer heat in Delhi, the ride goes through the rains near the hills of Manali and then the freezing temperatures in Ladakh. It crosses long straight highways, twisty mountain roads, high altitude deserts, treacherous mountain passes and violent water crossings. The temperature changes and the extreme terrain make it one of the most exciting rides as well. 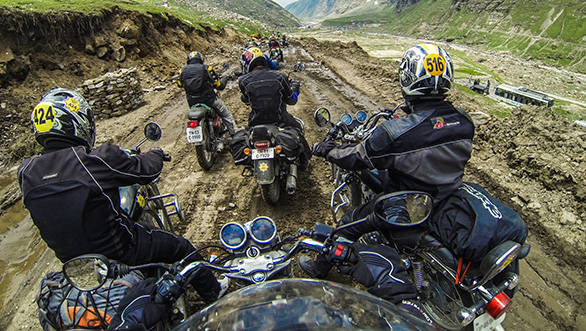 This being the tenth anniversary of the Odyssey, there was a total of 100 riders joining the ride

This being the tenth anniversary of the Odyssey, there was a total of 100 riders joining the ride. That is 50 each on either route. The riders experienced the traffic filled Rohtang, various water crossings including the infamour Malling Nala, the straight roads on Sarchu and More, the Keylong Valley, the Gata Loops, Baralacha La, Khardung La and even Hunder Valley. They got to stay at cottages, luxury hotels and even camped out in the Sarchu plains. 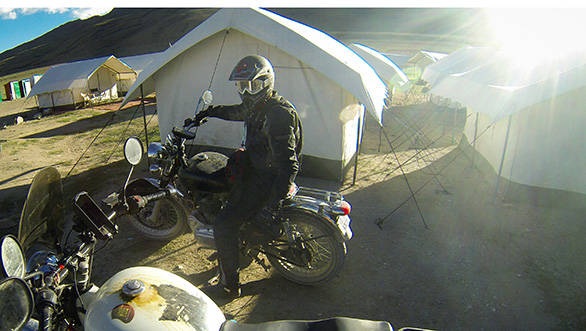 Riders got to stay at cottages, luxury hotels and even camped out in the Sarchu plains.

The 100 motorcyles were flagged off from India Gate in Delhi on June 22 after the pre-ride party on the 20th at the Blue Frog. The only hiccup in the entire ride was because the weather played spoilsport and forced RE to alter route B slightly. But nevertheless, all riders made it to Leh by June 30 without incident. 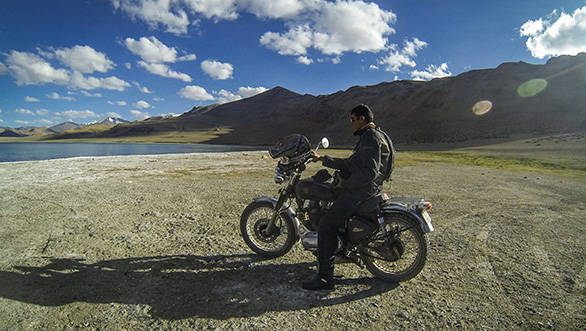 Route A crossed Chandigarh, Manali, Keylong and Sarchu while B arrived via Parwanoo, Narkanda, Kalpa, Kaza, Keylong and Sarchu. Just in time for the Royal Enfield Reunion. The Reunion is, well, a reunion. Royal Enfield riders from all over the country meet for a day of fun and brotherhood. You will find activities like bike assembly challenges, slow races, bike carrying challenges and much more.

RE's riding tours are some of the most well organised events we have been to. We highly recommend it to anyone who wants to go on a holiday with like minded petrol heads. Like every year, we were supposed to join RE on this ride as well. But due to some unfortunate circumstances, we had to drop out at the last minute. But rest assured we will be there next year to listen to the thumps reverbing through the valleys. You should go too. And it doesn't have to be for the Odyssey. Just head to Royal Enfield's website to see all the riding events they have lined up for this year. Bhutan, Rajasthan, NH-17, Goa, you name it. So what are you waiting for? As the folks at Royal Enfield would say, pack your bags, get your kit out, leave home and start tripping.

These images have been shot by Ketan Kundargi