The Interceptor 650 literally had no trouble trouncing everything else on the 2019 IMOTY contender's list to take home the prestigious award last year. And much to my delight, it joined the OVERDRIVE long term fleet shortly thereafter. It has been an interesting year with it to say the least, especially since we've had the biking lot in office quarrel almost every Friday as to who will take the bike home that evening and then for a ride on Saturday morning. And the list of reasons we love it is pretty long. Despite how simple its design is, the Interceptor 650 looks gorgeous enough to make me want to pause and take a look at it, almost every single time park the motorcycle! And that's besides the fact that the bike attracts serious attention on the road even today, over a year after its launch given its premium quotient as a Royal Enfield. 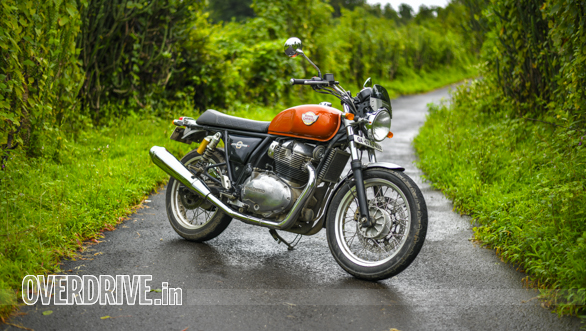 Ever since it joined the long term test fleet at OVERDRIVE, the Royal 650 was quick to become a hot favourite with the entire team!

Then there's the refinement and performance from its twin cylinder engine, especially when it came out, the Interceptor 650 surprised many people on both these fronts. Needless to say, its brilliant pricing aside, the Interceptor 650's engine has been one of its biggest highlights and is a class act. Be it the exhaust note, the smoothness, the grunt at low revs or the top end grunt, the engine impresses on every front. Overall performance is satiating to say the least and I have to mention, the ease with which the bike can accelerate and get to triple digit speeds is addictive. Fueling has been precise consistently too, which adds to the bike's impressive road manners.

Then there's the build quality. The Interceptor is a serious step-up from the quality we have seen on Royal Enfields previously  sure, the manufacturer has been upping is quality levels consistently, but the Interceptor is no less than a quantum leap. Despite being over a year old our Interceptor looks as good as new just a simple wash and polish later, which is how impressive the paint quality and surface finishes are from end to end. This, especially given Mumbai's humid, coastal air and the relentless monsoons the city faced this year. 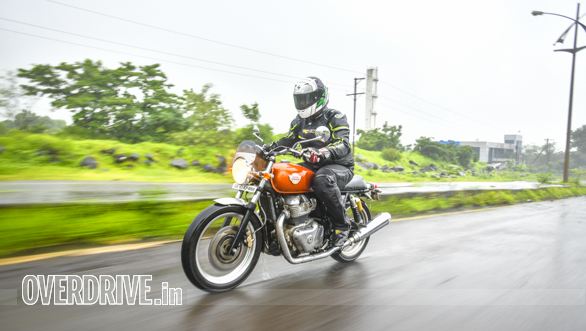 The Royal Enfield Interceptor 650 proved to be an extremely reliable motorcycle, despite being ridden by various members of the team in very different conditions, including commuting everyday and 1,000km rides both

More importantly the Interceptor 650 has proved to very reliable. Given the fact that our long term motorcycle has been ridden by various members of the team (who all have very different riding styles) the bike has done really well despite all the battering it has been subjected to. That said, a couple of months back the bolt that holds the gear lever in place (on the footrest hanger) had broken off due to the stress accumulated over time, leaving me with a gear shifter that was dangling off the connecting shaft. An inspection of the bolt revealed that given the stresses the lever goes through, the bike needs a bolt with a larger diameter which I am told RE is working on already.

I managed to use an improvised solution and ride the bike back safely, which is the bigger highlight  despite effectively being a middleweight motorcycle the Interceptor 650 is simple, sans the complex engineering seen on most large capacity motorcycles today. Of course, Royal Enfield was quick to replace the bolt and the bike was back in action almost immediately. In fact, when it went to the service station, Royal Enfield also replaced the stock seat with the touring seat it offers as an accessory. And it took me no time to realise the touring seat is a lot more comfortable. 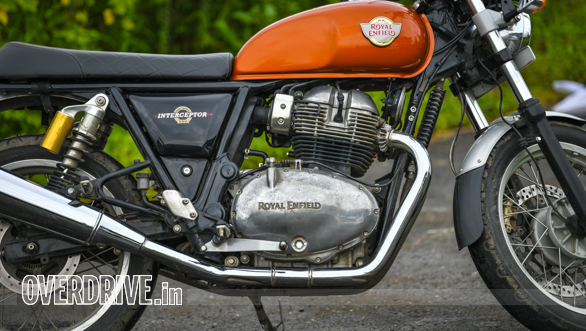 The stock seat is a little too soft and easy to sink into which becomes a concern on longer rides. In comparison the touring seat has proved to be far more comfortable and staying in the saddle for extended periods is not a concern anymore. Priced at Rs 4,000, the touring seat is one that I would recommend to owners, if planning long rides. Royal Enfield also provided us with a flyscreen (there's two versions, we have the short one which retails at Rs 1,500). The screen not only adds to the motorcycle's visual appeal but also offers some wind protection. I can vouch for the fact that both these accessories have been designed thoughtfully to offer better comfort.

As much as I would wanted the bike to be with us for longer, the Interceptor 650 is now heading back to Royal Enfield, having completed its tenure. As a motorcycle tester I get to ride several motorcycles that impress with their technology, performance, abilities and design. And given how rapidly motorcycles are evolving, bikes that endear themselves with their simplicity are getting rarer. The Royal Enfield Interceptor 650 is certainly one of those though.