Schuperman return: Our wake up call to F1s living legend 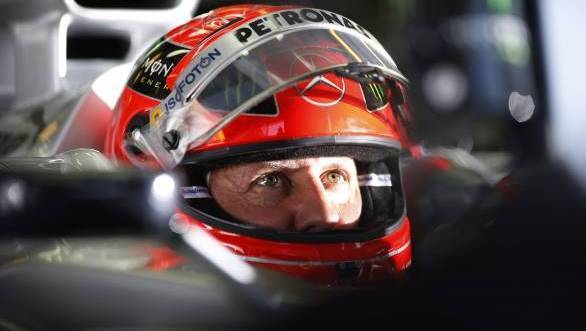 These words keep coming back to me, playing in my head over and over again. It was on a sunny day in 2011 that Michael Schumacher was sitting before me for what to me was, and always will be, the interview of a lifetime. The seven-time Formula 1 world champion was in the second year of his comeback, a year that fortunately enough for Formula 1 fans like myself, saw an Indian Grand Prix make it to the calendar. He sat before me answering question after question, of how he broke into Formula 1, his relationship with Ayrton Senna, why he hung up his helmet when he did, his big decision to come back to racing and what he'd done in his time away from Formula 1. And it was in reference to this time away from F1 that Schumacher laughingly described himself to me as a 'crazy guy', admitting to his love of adventure and life itself.

As much of a Schumacher fan I'd been growing up, there was still a little bit of a preconceived notion I had of the German - preconceived notions that quickly shattered once he started speaking. He spoke with what seemed to be frank clarity and complete honesty. There was not a trace of PR spiel in what he said. What of that famed Schumacher arrogance people so often spoke of? Well, as I discovered during the course of that interview, it wasn't there. The man sitting before me was tremendously self assured. As self assured one would expect a seven-time Formula 1 world champion to be. He seemed above petty emotions. And if one may be so bold as to use so simple a word, he was plain 'nice'. 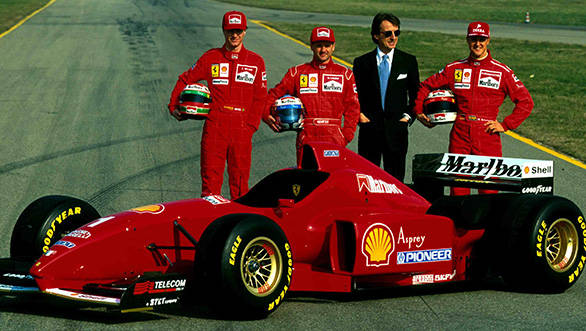 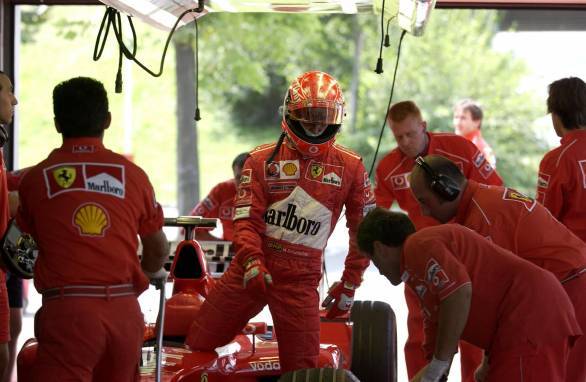 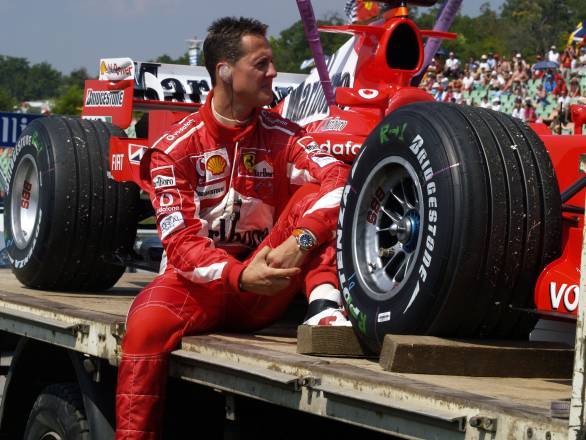 Three years have gone by since that day. And in that time Schumacher only managed to meet with moderate success when it came to his fabled return to Formula 1 with Mercedes GP. He hung up his helmet for a second time at the end of the 2012 season, was replaced by Lewis Hamilton at the Silver Arrows, and set about living a life away from the racetrack. A private life that he has always guarded fiercely. Over the course of 2013, very little was heard of Michael Schumacher and his doings. Many would have prefered to keep it that way.

Then, on the 29th of December, 2013, suddenly the news started filtering through. Schumacher had been skiing off-piste in the French Alps when he had a fall and hit his head on a rock. The German was attended to by paramedics and then airlifted to a hospital in Grenoble where emergency surgery was carried out on him. The seriousness of the injury was evident from the way a press conference was called for the next day. The doctors were tight-lipped. They maintained that Schumacher was critical, but stable, and being maintained in an induced coma. He had contusions on both hemispheres of the brain. It was a grave matter. The doctors refused to give the world a timeline of how and when he would recover, or whether he would recover at all. A further surgery was conducted, the change in his condition was minutely positive. As we write this, his doctors say recovery is unlikely. And if he does, he won't be the same.

On the 3rd of January, 2014, Michael Schumacher turned 45. Instead of a more typical Schumacher family celebration, where one would imagine he'd be the life of the party, this time things were subdued in the hospital in Grenoble. With him was his wife Corrina, children Mick and Gina Maria, brother Ralf Schumacher, and several other friends and well-wishers. Outside the hospital thousands of fans were keeping vigil, praying for the sporting hero. 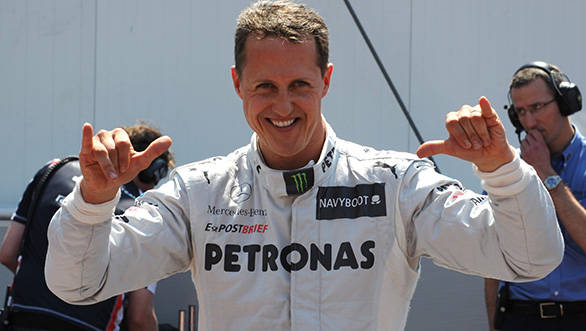 Over the course of his career in Formula 1, Schumacher broke several records. He claimed a total of seven Formula 1 world championship titles, took 91 victories, 68 pole positions and managed several more records along the way. The statistics tell only part of the story. Schumacher's legendary status as a driver stems not only from his raw skill as a racecar driver but also his ability to foresee and prepare for any sort of racing situation, his complete dedication to the sport itself, whether in terms of fitness or practice and testing, and his conviction and belief that he was always right. Ask any Formula 1 fan, Michael Schumacher fan or not, and they'll tell you that there are three types of Schumacher moments - clean, mean and special (see box). And these moments were impossible to ignore, all contributing in some way to the legend of the man himself.

Back in 2011, just before that interview got over, I had the opportunity to have my own very special Schumacher moment. It was while he was signing an autograph for me that I told him that Sebastian Vettel and I were born the same year, and that Vettel wasn't the only one he inspired. He paused for a minute, looked up and said "You say I inspire you?" "Yes," I replied. And then the man who influenced nearly every major decision I made in life looked at me and said "Then I hope you're happy with the job that you're doing." I certainly was and I told him as much before making a quip about how there was always room for growth and if his manager Sabine Kehm ever needed an assistant, they'd know whom to call. He laughed out loud and went back to signing the autograph. Before he left the table though, he shook my hand and said, "Keep it up." Kinder words I haven't heard ever before. It was only after he left the table that I saw what he'd written on the magazine I'd asked him to sign. It said "To Vaishali, Keep it up!!! and enjoy" Scrawled beneath the words was his signature, with the date and a smiley face. He'd never struck me as the sort to draw smiley faces. But since then I've tried very hard to live by those words.

"There are still many years for living my private life after," was another thing he'd said to me of his decision to return to Formula 1. Now's the time for you to live by those words of yours, Schumi, and live your private life for many years to come. So wake up please.