You have heard before that the earth's protective layer of ozone is getting depleted. And you might actually have read that while sitting in an air-conditioned car or room, which is ironic. Since we discussed air conditioning last issue, I think it is absolutely the need of the hour to talk about the harm that air conditioning is causing as well. 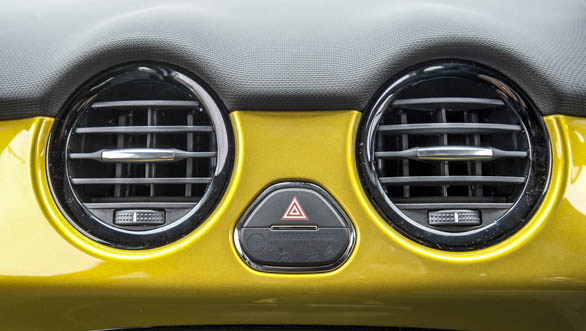 Let us start with what is ozone. Oxygen normally exists as a molecule with two atoms of oxygen - dioxygen as it were - as its constituents. But a small percentage of all the oxygen comes together as a molecule with three atoms of oxygen instead and this is ozone. In nature, ozone occurs as a layer in the stratosphere. Ultraviolet light and atmospheric electrical discharges can turn dioxygen into ozone, though the ozone molecule is not fundamentally a very stable one. Overall, ozone makes up just 0.6ppm of the full atmosphere.

Ozone is important to life on earth because it's like a shield. The sun's benevolence includes UV and infrared radiation that is actually too much for life here to handle. If it were to arrive unfiltered to the surface where all biological life exists, cells would burn up and life would find it very hard to survive, if at all. The extra radiation arriving to the surface would also accelerate and aggravate global warming which is a whole new set of problems for life on earth. Indeed, it is said that without our protective coat of ozone, earth may not have turned out very different from Mars.

But our ozone layer is being eaten away and the cause is the widespread use of air conditioning. These pervade our lives and they're in our homes, cars, industries, ships, aircraft, you name it. The effect of the AC on ozone isn't clearly explained, though. The core of the problem is the refrigerant gas. Remember freon? The issue is that small amount of the gas leaks and it is lighter than air. It rises until it finds the ozone and then it steals one atom of oxygen from the ozone to turn it into regular dioxygen. And while ozone can filter UV and infrared, dioxygen is relatively good at other things like combustion and powering life.

Now, the refrigerants in use on earth include ammonia, carbon dioxide, brine, water and more. But since freon is the most common one we encounter, let us focus on that. Freon is a set of gasses and they are classified by their ODP, or Ozone Depletion Potential, expressed as a ratio where 1 is very harmful and 0 is benign. Freon is also classified by composition into CFC, or chloro-fluoro carbon  chloro refers to chlorine and fluro to fluorine. There are also HCFCs, adding hydrogen to the CFC and HFCs, which remove the chlorine. And that's key because chlorine absolutely loves oxygen. The more chlorine a freon molecule has, the more it threatens the ozone. The benchmark gas, for example, is called R-11 (industrial name), a CFC with an ODP of 1. It contains three chlorine atoms per molecule. What we are most likely to be using in our car and home ACs though is an HCFC called R-22 with an ODP of just 0.05, a huge improvement. R-22 is vastly less lethal to ozone, but its use only delays the imminent, right?

This gas, in fact, will be banned from 2020 from most industries, especially shipping. The replacement is an HFC called R-134a with an ODP of 0 - it doesn't contain chlorine at all. This gas does have a very high potential to add to global warming, but that is a discussion for another time. The point is that the industry is already taking steps, and we should to.

And as you can see, the solution is to change the refrigerant gas you use. You should use your air conditioners responsibly anyway since they have such a high power consumption and all that. But the next time you might like to ask what gas is used in your new AC or in the new car you're buying. Or if you're refilling an AC, ask what gas is being used. You might have to pay a small premium for an ODP 0 gas, but think of it as an investment into the well-being of Mother Earth.