Choice is always a good thing and as markets mature, you get more of them. Among those choices today are automatic cars and there, we are spoilt today. There are three main types of automatic gearboxes and we get them all. You can have torque converters, continuously variable transmission (CVT) as well as the dual clutch transmission if you like. All of the three are very common and that sometimes makes them seem ordinary. But the truth is they're technological masterpieces, each one of them. They all provide smooth, seamless and hassle-free driving. They make traffic easier to deal with. And in the case of the dual clutch transmissions, they're also becoming the go-to gearbox for performance cars and SUVs. 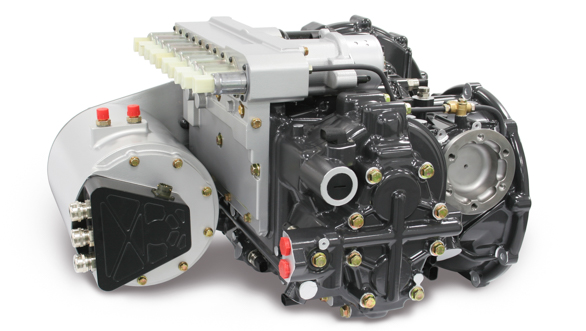 But despite over 20 years of being on sale, they're not the market rocking revolution that they should be, right? The manual transmission still beats them in sales. The reason is that automatic gearboxes are still too expensive - 30 to 35 per cent more. Torque converters and CVTs are slower than manual transmissions and they consume more fuel too. But the expense comes from complicated mechanisms required for the automatic gearing changes to occur. And the power for that comes from the engine, which affects overall performance. So the convenience of the automatic gearbox comes at a cost that the larger part of the car market does not want to pay as a majority. The automatic gearbox, then, is most common in expensive cars and SUVs and the average man on the street is far more likely to acquire a manual transmission.
But when Maruti Suzuki introduced the automated manual transmission (AMT) on the Celerio, many believed that a cat had been sat amongst the pigeons. The AMT's ripples are waves today with some estimates suggesting that one in three cars sold has an AMT gearbox today! There are certainly a lot of volume-segment cars offering AMT variants, including those from Renault, Maruti Suzuki and Tata Motors.

It isn't hard to see why they are so popular and why their popularity should continue to grow either. The price difference from a manual to an AMT tends to be just five to 10 per cent! And that's a cheap price to pay for saving yourself from the rowing machine that a manual transmission can become in a car, at least for the left side of your body.

How did the AMT break the price barrier, though? Let's look inside the gearbox first. First, notice the name. It's automated, not automatic. They're very different in meaning. The conventional automatic transmission is designed to offer a seamless, computer-controlled gear selection via a fairly complex mechanism. These can have manual modes, semi-automatic modes but they're not anything like a manual transmission in design. Whether you look at the planetary gears in a torque converter, the rubber-band stepless gearing of the CVT or the dual clutch mechanism of a DCT, we are talking space age rather than the modesty that a simple manual transmission is born with. There's a lot of technology, research and parts that go into it and that's why they are so expensive.

The AMT is, in some ways, a very Indian approach to the gearbox. It says, "if a manual gearbox is so simple and cheap, why not make only the manual actions that the driver makes automatic?" And in that sense, the AMT is just a manual gearbox with the attachments needed for ensuring that the machine can handle the two manual operations - clutch operation and movement of the gearshift lever so that gears can be selected as usual.

What is added is a computer that decides when the clutch operation and gear selector thingubbins need to go to work. We have discussed actuators before in Simple Tech. The computer, in essence, orders these actuators to execute the clutch/declutching and the selection of the gear. The manual transmission responds by changing gear. Et voila, you have automated the manual transmission.

A simple example of this kind of automation can be seen in an automotive assembly line. Some of the simpler, most boring jobs are handled by robots rather than humans although the process of the task doesn't change much. A human arm or a robotic arm with a screwdriver tightens a series of screws. The latter is an automated process.This is the reason why some manufactures prefer the term 'auto gear shift' rather than AMT - it is a good description.

A manual gearbox has the stick shifter, a dog (which moves to slot a selected gear) and two shafts. The input or engine shaft connects the engine to the gearbox. This is where torque enters the gearbox. The output or transmission shaft is where the torque leaves the gearbox for the driven wheels. Both of these shafts run parallel to each other separated by the cogs or gear wheels. It is the selection of which cog on the input shaft gets to mesh with the cog on the output shaft that determines what gear you are in. If you have five sets of these cogs, you have a five-speed gearbox. What the dog does, is select which of these five sets gets to be connected to both the shafts at the same time. If you imagine the two shafts lying parallel to each other, the gap in between them would be filled by the cogs. Above this would be the dog which is a sliding mechanism, also parallel to the two shafts. When you move the gear shift level, you are essentially sliding the dog inside the gearbox which changes which set of cogs form the connection between the input and output shaft.

To understand an AMT, simply replace the gearstick with an electro-hydraulic actuator. As simple as that. But there is still the matter of deciding when to change the gear right? An onboard electronic control unit (ECU) monitors the engine's load and speed continuously. A pre-programmed matrix or list of shift points are available to this ECU. When the load conditions are right, it refers to this list and executes an up or downshift as required. The computer being in control allows precise, consistent gear changes and it tends to reduce the gap in power delivery that a human-operated manual transmission will usually suffer. Not everyone is a skilled driver, but all computers are equally skilled, as it were. But since the control comes from software, you can do more. You can make the decision list favour performance - acceleration and quick overtakes - and create a Sport mode. Or you can actively choose the most efficient shift points and create an Eco mode and so forth. AMTs can, in this way, be very close to or even slightly exceed the economy and emissions performance of manual transmissions. The brake oil being tapped for the actuator also releases a small load that the actuation mechanism - as in a conventional automatic for example - might pose on the engine. And as cars become ever more efficient, this little saving is one of the reasons why many manufactures are preferring AMTs.

But do notice how simple the mechanism still is. Actuators are very reliable today and this is a very simple gearbox unlike a conventional automatic. That's why they're so much cheaper. But could you actually say that the Maruti Suzuki Celerio AMT created the AMT-class back in 2014? There were AMTs far earlier, to be honest. If you've ever read about a "robotised" gearbox or manual transmission, they were talking about what we know today as the AMT. The Ferrari 355 had one of these, as did many Formula 1 and other racing cars.

Is the AMT perfect, though? The big niggle that remains to be ironed out is the feel of the shift. Current generation AMTs do produce a jerk when the gears change. This will be ironed out with every passing generation of the technology to be sure.

AMTs also offer a sequential mode where you use paddles on the steering wheel or a stick shifter to produce clutchless gear changes. As usual, you're just overriding the computer's decision and forcing it set the actuator to work - no added mechanisms or complication!For the longest time, the big resistance to buying an automatic was the fact that it was a complicated piece of technology and if it broke, getting it fixed was a nightmare. That, and the jump in cost didn't help. Today, things have changed slightly with most brands offering trained mechanics through their dealer networks who can fix problems while technology and progress has made automatics more reliable.

But the AMT is a star. It's simple to make, cheap to produce, adds almost no complexity and promises the three things that both, carmakers and car owners want - low cost/price, almost the same economy as a manual transmission and better emissions performance too. You can see why we expect to see more and more AMTs on offer in India, right?