Now that we know what goes inside a gearbox, let us look at the types of gearboxes. In sum, a transmission transmits engine power to the driven wheels using a bunch of gears packed together as a unit called the gearbox. The function of the transmission is to allow the engine to operate in its optimal rev band while transforming its raw torque into useable and manageable torque. A clutch is used to connect and disconnect the engine to the driven wheels. It is used to start as well as stop without stalling the engine and also in every gear change to make the transition from one gear to another smooth, quick and damage-free. 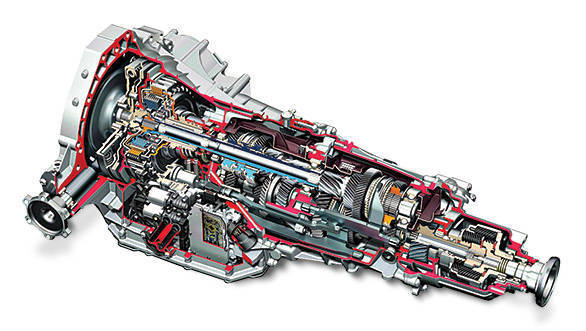 The most common type of transmission is the one we know rather well in India, the manual transmission. The driver controls this transmission, operating the clutch and moving the shift lever around to select the best gear for the situation. This is a very simple, extremely reliable and cost-effective gearbox which is why it is so popular. A basic semi-automatic gearbox essentially allows the driver to use a shift lever but a computer gets control of actuation  the computer works the clutch and actual dis/engagement of the gears.

The next step, clearly, is to eliminate the driver from gear selection and operation. The epicyclic automatic transmission is the simplest form, you know it better as the torque converter. The design uses a torque converter (and not a clutch; hence the name) to link the engine to a set of planetary gears. Many automatic cars use this form of transmission because it is extremely smooth in operation, but it also happens to consume a bit of power to operate the torque converter and therefore is usually less powerful than an equivalent manual.

Next comes the Continuously Variable Transmission or CVT, which can come as an automatic or a semi-automatic. Technically it offers infinite gear ratios within its upper and lower range and its construction can be extremely complex. The simplest form occurs in scooters where sort of like a bicycle chain arrangement, a rubber band connects two pulleys. The infinite ratios are a result of the ability to change the size of both the pulleys. A more complex version can be seen in many Japanese automatics like the Honda Civic. CVTs are great for continuous, smooth power where upshifts don't cause a drop in engine speed. This can cause the engine to sound noisy. Also, the belt can slip on the pulley (it isn't a toothed gear) making starting from stopped slower.

All of these gearboxes, however, are slower than manual gearboxes. Eliminating the speed issue are dual clutch gearboxes. These automatic gearboxes are computer controlled and use two clutches to operate even and odd gears. Effectively, it allows the computer to use one gear for drive and simultaneously select the next higher or lower gear on the other clutch for the next gear change. This makes gearchanges much faster than any other kind of gearbox while cutting the load on each clutch by half. The most common example right now is the Volkswagen DSG, though the Porsche PDK is supposed to be even faster, more reliable and marginally quicker still.

The new kid of the gearbox block though is the zero shift gearbox, most commonly seen on the Honda MotoGP bike. It is a simpler gearbox in design and construction and is said to be as fast or faster than a dual clutch gearbox. Its highlight is that it eliminates the fraction of a second in the middle of a gearchange when the engine isn't driving the wheels. So the wheels are always powered, allowing greater traction as well as smoothness. Unfortunately, the zero shift gearbox is currently at a prototype stage and is being used only in racing. Only a matter of time before it reaches the street then.