The wheel is perhaps the one thing, fire aside, that really set humanity on the road to progress, roughly 6,000 years ago. Without wheels, even the Flintstones' car wouldn't budge an inch without considerable wasteful effort. Simple they may appear, but they're absolutely critical.

In vehicles, the wheel connects the axle and tyre. It must be rigid because it has to carry the weight of the vehicle and strong so it can survive bad roads and hard bumps. But you cannot make it too heavy because it wastes power and causes other problems. 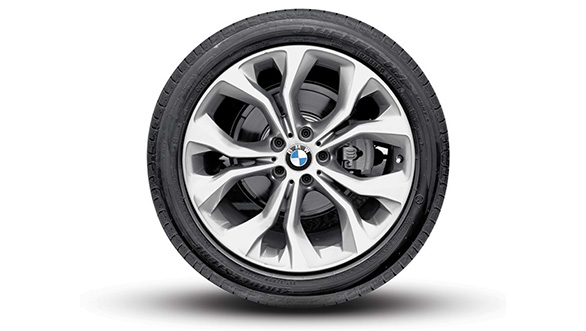 The wheel's outer edge, on which we mount tyres, is called a rim, and its job is to hold on to the tyre while the rubber hoop twists and distorts under acceleration, braking and cornering forces. The rim's size (width) is a big factor in the car's feel. Wide rims offer great grip at the expense of manoeuvrability and economy, while narrow rims have lower friction losses and require less effort to turn but they lower the total grip level. In the middle of the wheel is the hub, where brakes and bearings to cut friction, can be mounted. The hub is usually connected to the rim with spokes.

The first spokes were usually metal and later, steel metal wires of considerable thickness that made for reasonably light, flexible (for the bumps) but strong wheels for cars and bikes. As the tyres grew in width and the cars became more powerful, steel disc style wheels became popular because they were heavier (offset by the extra power) but vastly stronger. Carefully drilled holes would ensure the brakes were ventilated well enough.

But this was too heavy a solution to last. So then came the alloy wheels, or alloys as they're called, which are made of aluminium or magnesium. You can also get carbon fibre wheels now which are much stronger and lighter but manufactured with the same underlying principle. Alloys are much stronger as well as lighter than steel. This means less material is needed to make the wheel strong, which is why full-disc alloys are rarely used outside show cars and you have a return to spokes  though thicker and much, much fewer in number, thanks to the new light-strong materials.

Lighter wheels deliver outsized rewards. They're lightweight means that the suspension has to work lesser to absorb a bump. In other words, you can make the suspension less stiff and more supple without compromising the handling of the car. It also means the suspension itself can be lighter. Initially though alloy wheels were too expensive to feature in budget cars.

But wheels play an even more vital role on motorcycles. On a motorcycle, the wheel has a massive role to play in the stability of the whole vehicle. At the simplest level, the concept is called gyroscopic precession, and it means that a rotating wheel resists being deflected off its course, which in turn implies that once the wheels start turning, the motorcycle feels more and more stable.

The surprising thing is that despite having such a vital role in the dynamics of vehicles, wheels are generally ignored until they're damaged or suddenly considered aesthetically unacceptable. If you ever doubt the merits of metallurgical engineers today, take a long look at the wheel.