Special feature: The best of Kia

Every once in a while, the world gets a car that's an instant design classic, loved the world over. With Kia, that's a theme that seems to be repeated more often than for most  because as a carmaker, it decided to put the design of its cars first. Which is why picking out the best is not an easy compilation to make. How did Kia get here? 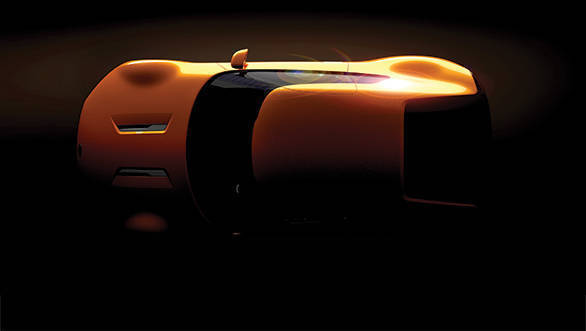 Kia might be brand spanking new in India, but in international markets it has carved out a name for itself. More than a name, in fact. Kia has a distinct identity, as the maker of everyday, attainable cars that are seriously good looking! At the heart of it is Kia's philosophy, "Design is not just about shapes, lines or decoration. It is about instilling soul into a brand and making customers passionate about a product." To that end, Kia believes in the simplicity of the straight line. As a senior designer puts it, "There is no straight line on a car, but it's about simplicity and pureness, like a snow crystal. From project to project, it develops itself further." This helps establish a unified look across Kia's range, which certainly helps create awareness for the brand as a large one. 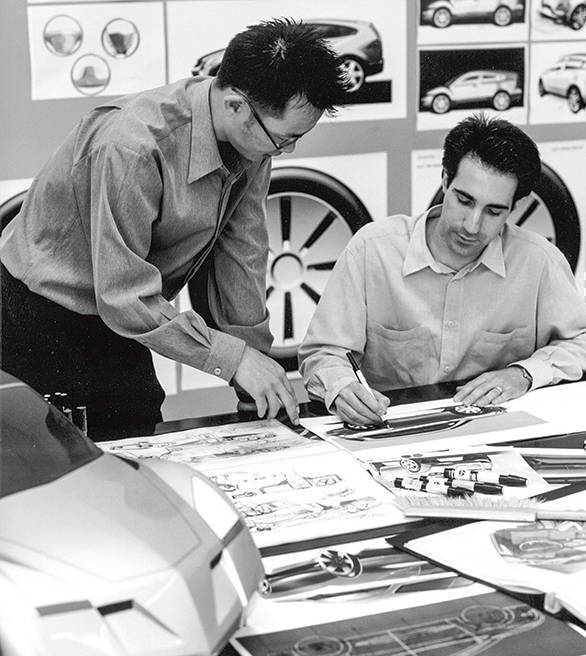 Kia's design centres are the central nervous system, creating the stunning designs that have helped propel Kia into the spotlight. Headquartered in Namyang, Korea, satellite design centres are across the world, in the United States of America and Europe. Collaboration between the centres helps designers create truly timeless designs, like the Kia tiger nose grille, which is at the forefront of every Kia vehicle. 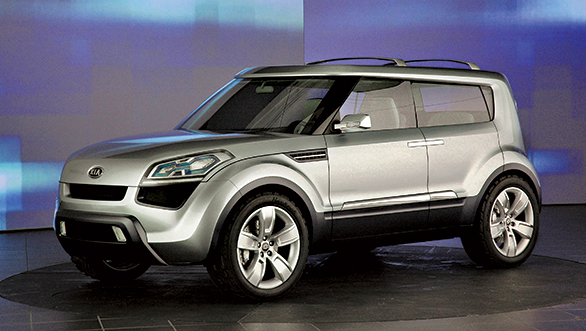 The kindle for that fire was the path-breaking Kia Soul, first seen in concept form in 2006 and debuting at the Paris Motor Show in production guise a few years later. An urban crossover, it combined an unusually long wheelbase, with greater visual height than seen at the time. The core proportions of the concept were carried into production, and the boxy Kia Soul continues even today. It's not only at the top of Kia's own bestseller list, it's also one of the world's highest selling crossovers. 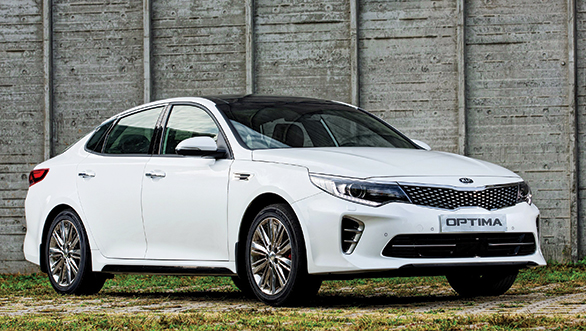 Kia's mid-size sedan saw a dramatic rebirth in 2010, under the new Kia design philosophy, offering luxury-car levels of class in its design, to the regular family car buyer. Headlined by the trademark Kia tiger nose grille, the Optima boasted of clean sharp lines and a decidedly low, wedge-shaped front setting its character. The swept back A- and C-pillars continued the sporty theme. 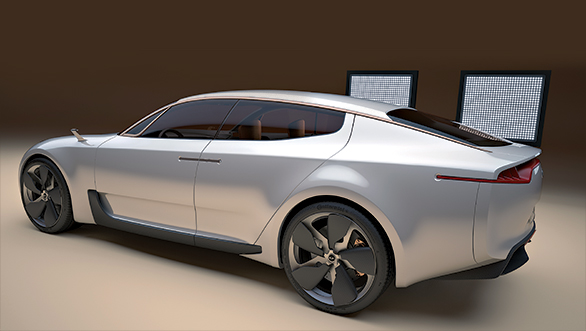 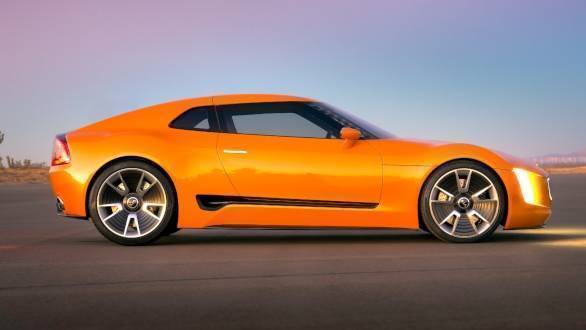 Brimming with athleticism, the GT concept from 2011 set the grounds for Kia's piece de resistance, the Stinger GT production car. Proportions were a nod to classic, and graceful, long hood, short rear flanks formula immortalised by the grand tourers of the 1970s  cars meant to cover long distances at speed, ensconcing driver and passengers in total comfort. 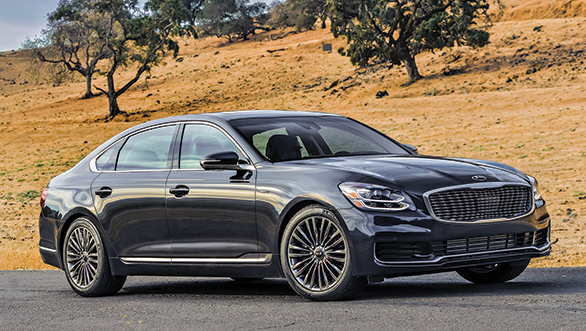 Built to rival Germany's flagship luxury sedans, and styled to offer a distinctively different look, the K900 makes a statement. That Kia can go up against the best of the automotive world with confidence. 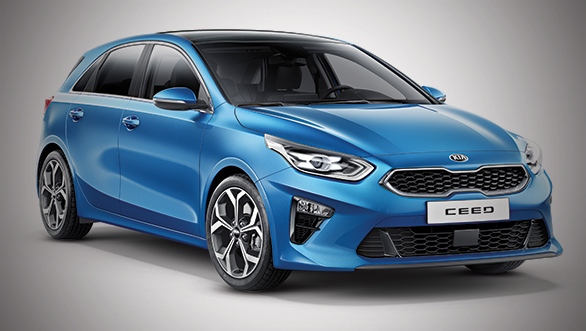 The C'eed family, including the hatchback, sedan and wagon, have all been successful at cementing Kia's design dominance. The trio of wins at the 2019 Red Dot Awards is the latest in a long line of Red Dot wins, totalling over 15 since the Soul first made inroads over a decade back. 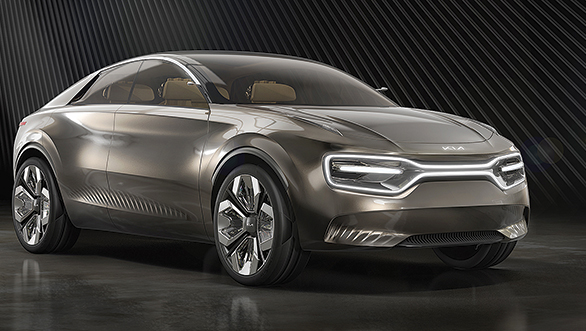 Straight out of a science fiction film, the Imagine concept previews the direction future Kia crossovers will follow. Tightly stretched sheet metal shows off the sinewy musculature, with bulging wheel arches defining power. The one piece bubble roof glass canopy shows the future of panoramic sunroofs, while the re-imagination of the signature tiger nose grille shows that Kia's design trademark is more than ready for the future. 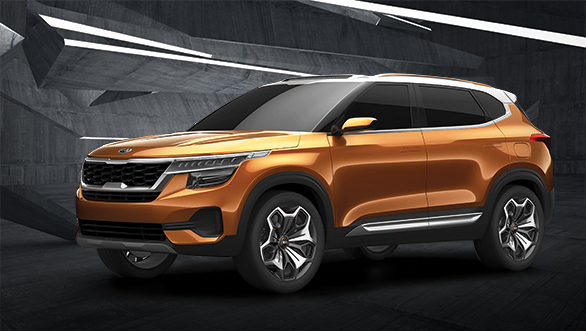 Kia is all set to launch the production version of the SP concept, which wowed crowd-goers at the 2018 Auto Expo in Delhi. More stylish vehicles will join the ranks, and you can be sure of one thing  whatever the Kia vehicle, it'll likely make everyone's list of best-designed cars.