At this point, the buzz around the stunning cars with Kia badges spotted across the country, is palpable. If there somehow still is someone who doesn't know who Kia is, here's a brief rundown. Kia is the world's eighth largest automobile manufacturer, and now has grand plans for India. Spearheading those plans will be an SUV, based on the SP2 concept, that India first got a glimpse of at last year's Auto Expo. In the time since then, the company has been showcasing what makes a Kia special  its design. And as the saying goes with stunning designs, they're only as good as the inspirations behind it! 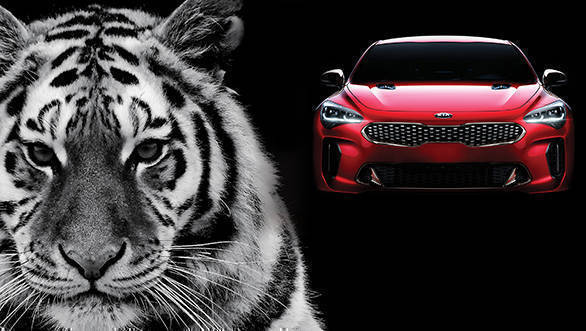 And what better way to showcase Kia's unconventional approach to design, than by literally piquing the curiosity of the nation? Enter a series of quirky and groundbreaking commercial campaigns featuring a ballerina, a footballer, and most importantly, a tiger. And that there's a digitally-created tiger making an appearance isn't just happenstance. That's because the face of every Kia, which leaves such a lasting impression, has the Kia signature grille to thank for it. 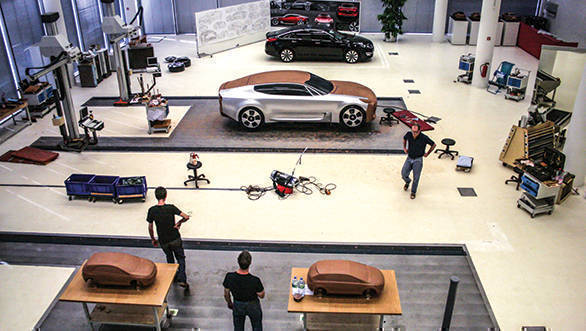 At first glance, the grille with its double indents top and bottom, which help narrow the grille, definitely draw your eyes in. As the point to which focus is naturally drawn, it becomes clear why that is. Named the Tiger nose grille, it kindles memories of the majestic king of the jungle  with a broad, powerful nose setting the tone for purposeful, energetic designs. Of course, that's something that's instantly relatable in India, for our fascination with the tiger goes back centuries. 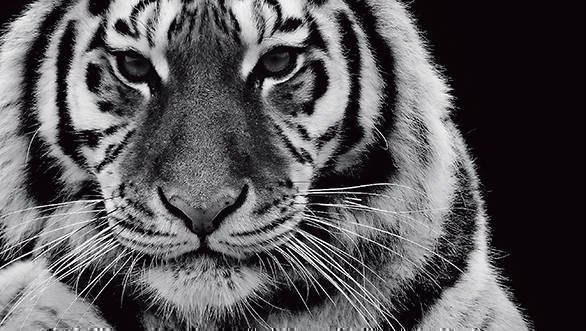 From being the chosen steed for Goddess Durga, to a symbol of power, beauty, and even bravery, the tiger is possibly one of the most highly regarded animals in our history. India was one of the first countries to champion the cause of the tiger, and to arrest dwindling tiger populations. And today, our country leads the way in the preservation of the mighty animal. As a result, over 70 per cent of the world's tiger population is in India. A source of pride, no doubt, evidenced by the raw magnetism the tiger possesses. Author of Tracking the Tiger, and OVERDRIVE's consulting editor, Bob Rupani, has a succinct way of putting it, "The world is quite simply divided, between the people who have seen a tiger in the wild, and those who have not." 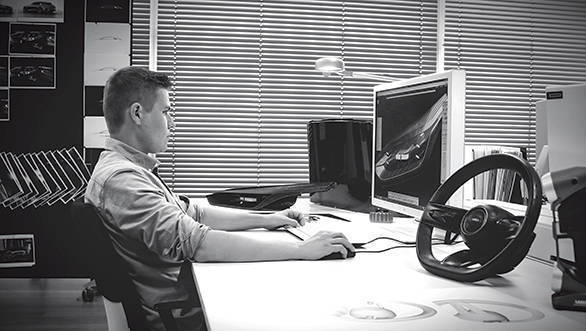 The enigma, power and fierceness of the tiger, and its likeness in the Kia Tiger nose grille wasn't completely by design  rather a fortunate coincidence. Taken from the drawing board, to a stunning concept car in 2007, the similarity to the nose of a tiger, was pointed out by a designer at the Kia design studio in Seoul, Korea, just one of the many design centres Kia operates globally. The intent of creating the Tiger nose grille was to help change perceptions of the brand, and as history will show, it was the turning point for Kia designs. 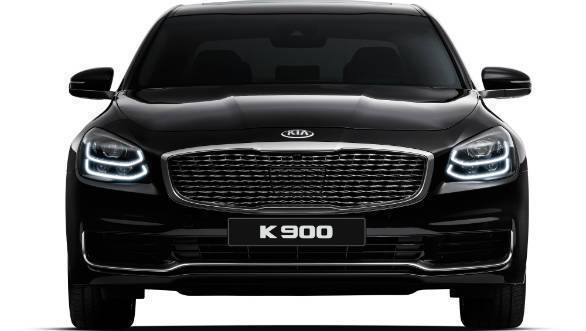 The Tiger nose grille was such an instant success, that it soon found adaptations across the Kia range, being the thread that ties every Kia together. Making each one instantly recognisable as a Kia, the Tiger nose grille brought the concept of a 'family' grille, once the reserve of premium luxury cars, to cars everyone can hope to buy. In fact, Kia was one of the first mass market manufacturers to adapt the grille to suit vehicles of different body types. This flexibility is actually one of the key strengths of the Tiger nose grille.

Designed as a chrome outline with tabs in the middle to give the impression of reduced height, it's a clever way to establish a clear, and striking, visual identity. Borne from a renewed focus on the aesthetics of vehicular design, the Tiger nose grille joins simplistic, yet emphatic, lines around the car to create the distinct identity that a Kia vehicle enjoys. Sometimes less really is more, and the purity of design is immediately noticeable. 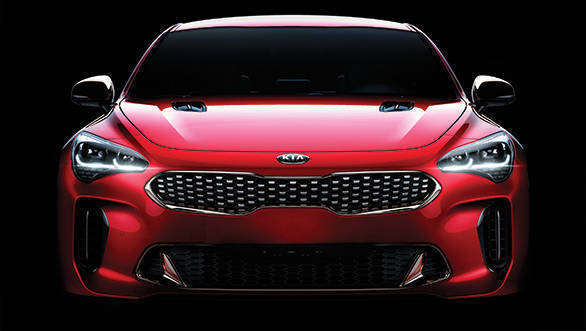 To that end, the grille has adapted since. From thick chrome outlines, to thin freeform grilles, the Tiger nose grille can be made wider, longer, shorter, or smaller and it still remains as distinctive. From hatchbacks, SUVs, MPVs and in its ultimate expression in the ultra-sporty Stinger flagship sedan, the grille provides the distinguishing factor. With it, the face of every Kia stands out, without the grille necessarily becoming larger, and more brash.

Just like the restrained aggression of the tiger itself, whose power and strength is felt and recognised, not necessarily demonstrated and seen. Finally, India gets a car designed with the characteristics of its national animal. Welcome to India, Kia. 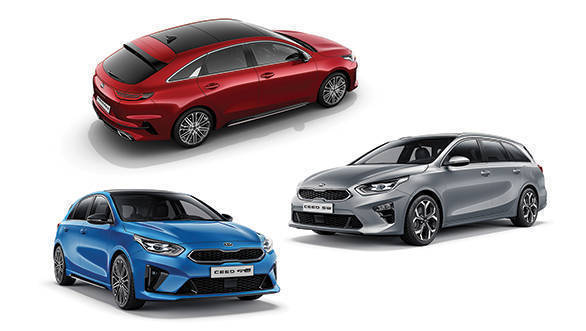 Not for naught, Kia has been recognised for its outstanding vehicle design, for the third year running, at the prestigious Red Dot awards. The win comes on the back of the new Kia Ceed being introduced in Europe, with all three body styles of the car also picking up honours. In fact, this win in 2019 marks the second consecutive year that Kia has won a triple Red Dot award for its car designs.