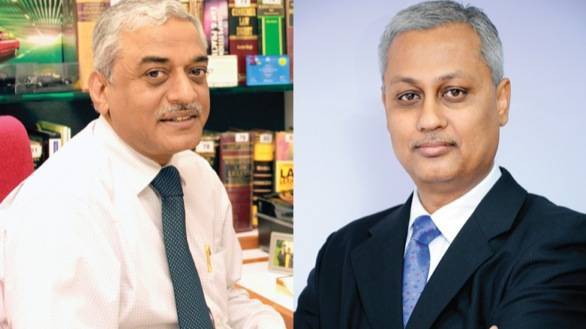 According to SIAM, the spurious parts business is a massive illegal industry amounting to Rs 11,550 crore or 35 per cent of the Rs 33,000 crore spare parts industry. A study carried out by the industry body reveal some alarming figures  counterfeit sales amount to a loss of employment estimated at over 1.15 million, poor quality parts lead to losses of over 109 million litres of petrol and 8 million litres of diesel per annum and has resulted in 25,400 deaths and 93,000 injuries in 2009.

Q: What is your understanding of the spurious parts business in India?

SG: What we call as spurious in imitation and passed off as genuine do not meet the

specifications of safety and environment. Moreover, their makers don't pay local levies and taxes and more often than not these parts aid road accidents due to their failure. These parts are not sold through authorized OEM distribution channels. Also, their packaging is quite similar to original ones.

RB: In layman's terms, I think for an ordinary consumer, it will be difficult to discern the ingenuity of a product. It requires closer scrutiny. These are imitations due to the developments in the printing industry. The packaging material made by an imitator could even look better than the original. And that's why we come up with newer ways of educating consumers on ways to distinguish between the two.

Q: Are these spurious parts manufactured here or are they mainly imported?

SG: I think it is a combination. A number of overseas manufacturers have set up shop in India. There is a huge group of vendors and alternate sources already developed in those markets. These are the sources from where some of the parts come in. And in India, 'jugaad' is a way of life. We aren't far behind to find out ways to manufacture lookalikes. Some of it is due to poor regulations.

RB: For Indian brands, it is generally made in India. And there is no control at the border to disallow these counterfeits coming to India. It is a tedious process for a brand owner to stop these counterfeits from coming through Customs.

Q: Is there an understanding on where these products are coming from?

SG: In India, Delhi is a big market. Being in the business and interacting with a lot of people, we have understood that. We have conducted some raids on people who manufacture spurious parts. Delhi, I think, is the biggest and going up north, I think Punjab and some parts of Maharashtra are the bigger markets for spurious parts.

Q: What is the biggest concern with spurious parts?

SG: If we do not look at it from an OEM's point of view, the biggest concern is the huge tax revenue the government is losing. The estimates are around Rs 2,500 crore every year. And this is not a recent figure. It will be much higher now. There is also the concern of road safety. A vehicle that fails because of a component that was a fake has huge consequences. Awareness is the fundamental plank on which we will have to work on.

Government legislations and enforcements will also bring some order to the situation we are facing now.

Q: How deep does the spurious parts business run? How organized is it?

SG: I wouldn't say well organized because these are cottage industries but since these are packed in attractive cartons, they look like original parts. If today, we serve them a notice, they will start manufacturing from another location. They are flexible and in the interiors of India where awareness is much lower than what it is in cities, it is easy to pass them off as original.

RB: Although the manufacturing is unorganized, the supply chain is very organized because of the huge margins. A brand owner will spend a huge sum of money in R&D, patenting, getting that part made in the right material, etc. These spurious parts manufacturers don't have to do any such thing. Because of this and the taxes they avoid, the supply chain is well organized and therefore you have a situation where nearly 40 per cent of the spare parts available in this country are actually of suspect quality.

Q: Can you elaborate on the supply chain?

RB: The dealership or the mechanic makes a huge incentive because when he sells a spurious part, he buys it at a lower cost and the manufacturer also gives him a commission in addition to what the differential in price is. People who handle the supply chain are generally linked to organized crime. People who deal with these parts are based in areas that are inaccessible to a normal citizen. These are hubs of illegal activities and that is also the concern  is this money also funding anti-social elements? You can see OECD reports and ICC BASCAP reports, internationally they have had a clear link to anti-social elements and illegal trade.

Q: Retailers are at fault too buying spurious parts knowingly.

SG: There are two types are retailers. One is the type associated with the OEM's authorized distribution network. The other is the lakhs of small retailers who will store any part. Their front window will show original parts but what they stock are dubious. To a customer, they offer both saying the original will cost more while the other one will have a shorter life but is considerably cheaper. Many fall for it.

RB: The crux of the problem is the enforcement. The availability of police is a huge question mark. This is an area they find uncomfortable because there are trademark and copyright laws involved, and he doesn't understand it because it is technical. So one of the areas our group in SIAM has recognized is to build awareness in the law enforcement agency where we encourage them to make special wings to deal with such kind of crimes. We propose to train them and give them the information and equip them with the knowledge to distinguish between spurious and genuine parts.

SG: There is one more funny aspect. If you have been able to identify a large amount of counterfeits, you inform the local body about it. The process takes six to nine months. During this period, it is the informant's liability to find a godown for the parts, till the legal process begins. This could take ten more years. Where will an informant find a godown to stock the parts and pay the rent? I can say that in Mahindra itself, there are at least 20,000 vehicles in the personal segment itself coming to our outlets daily. If we can educate them, similarly at every other manufacturer's dealerships and workshops, a large volume of customers will at least be aware of this menace. Also, the technicians need to know. The challenge is ways to continue to keep this subject alive in the minds of consumers.

Q: Have you seen counterfeit products sold through company workshops or franchisees or authorized workshops?

RB: At our workshop, we did find one. We immediately terminated the contract. While he may have been lured by margins, it was tarnishing our brand. So we have frequent checks and balances carried out on the inventory.

Q: Is there a quick-fix to stop or reduce counterfeiting?

RB: Consumer awareness is the only quick fix.

SG: We have realized that we cannot keep on filing legal cases and complaints because it is expensive. And also because how many of our officers can go personally to courts?

Q: Lastly, what would be your recommendations to the government, regulatory and law implementing authorities on this subject?

RB: The key is enforcement. Even if laws are enforced, it will offer a huge boost to the genuine movement. Unfortunately, they are not keen to do that. So it will be our endeavour to build consensus among consumers who demand these kind of services and also ask the law enforcing agencies to equip themselves to deal with this issue.

SG: To add to this point, I think it's time for the government to define the end of life period of a vehicle. Where will you put these counterfeit parts if these vehicles are not on the road? Vehicles above 12 to 15 years for example. Vehicles older than five years migrate outside the OEM network. It is hard to keep track of them. Then there are also vehicles on the field like tractors. Once they go on the field, they never leave it. How are they running? If you use spurious parts, it affects fuel consumption among other things. The additional consumption due to counterfeit parts is 109 million litres of petrol and eight million litres of diesel per annum according to a study conducted by SIAM in 2011.