We just got the Tata Nano GenX AMT as a long-term vehicle and I've driven it for just over 10 days in and around Mumbai. Let me start off with what's nice about the Tata Nano AMT. The first thing is its size. I find the Tata Nano to be perfect for these overcrowded roads where there are people, vehicles and animals coming at you from all directions. Trust me when I say that I love a big powerful car as much as the next automotive journalist. But in Mumbai, I would have lost my hair tip-toeing through traffic in a big sedan or SUV trying not to dent it. In the Tata Nano, I just turn up the volume (mostly to drown out the rattle of the two-cylinder engine) and edge my way around these vehicles smirking all the way. The steering is very light and with a great turning radius and an almost non-existent front-end, getting out of sticky situations is a walk in the park. 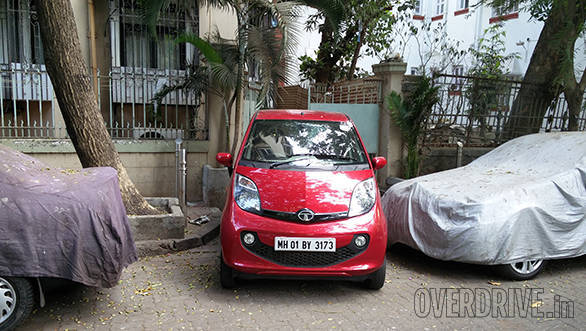 The interior meanwhile has got everything one would need, to get to the office, or the supermarket  a decent music system with Bluetooth connectivity (which isn't working on my car as yet, strangely), power windows for the front passengers, reasonable storage space and a terrific air-conditioning unit (which does have one downfall, which I'll talk about in a bit). Oh, it also has a tiny boot that can either fit your groceries or a small bag. Don't worry, the rear seat does fold down in case you decide to carry both. Otherwise, there's plenty of room inside the Tata Nano for passengers. 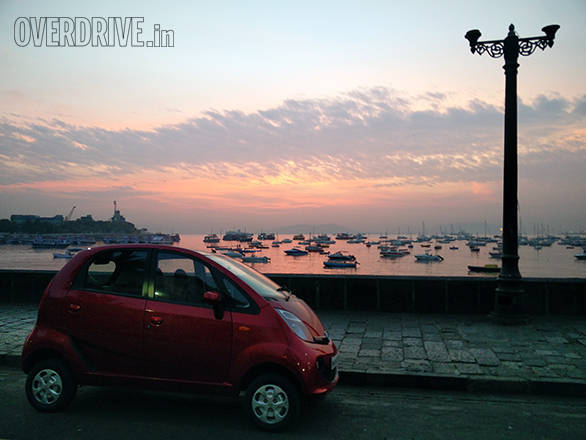 Now, the engine is not too powerful, and when the air-conditioning is switched on, it feels like the car is being weighed down by Adnan Sami before he lost a 100kg. With a heavy right foot, I managed to get about 11-12kmpl, but when I was careful I managed to squeeze between 16-18kmpl. The car has run a total of around 6,300km and the fan belt seems to have gotten loose, resulting in that embarrassing high pitched squeal every now and then. However, what is most annoying about the car is the AMT. Granted  it is quite convenient without having to deal with a clutch in stop-and-go traffic situations. But the gearbox is so confused, that every time I needed some immediate acceleration, it would decide to change gears and waste the two seconds I needed to catch a gap in traffic. I'm not a very big fan of AMTs, and this one is far from being the best one in the market. The first couple of times I drove it, I wished it was a manual. But now, I've gotten used to switching between the automatic and manual modes quick enough to have no problem. Similarly, the brakes take some getting used to. Initially, it felt like the brakes wouldn't hold and then when I pressed the pedal a little harder, it would suddenly lock up leaving you a little embarrassed by all the drama. Although it was a little unnerving then, it didn't take too long to understand how much brake force I could apply before it locked up. The suspension meanwhile, is sort of a mixed bag. It absorbs large bumps and holes quite well, but on a relatively flat road with slight undulations, it just doesn't seem to settle down.

12 days down, and the Tata Nano AMT is slowly winning me over. Let's see how it does after a month.