In my last report, I promised that there would be an update as to how the fuel efficiency is affected in the Eco and City modes. In pure Eco mode and by the tankful-to-tankful method, the car gave an efficiency of 17.1kmpl. The car was driven the same way I drive it every day to work and back. No special treatment was given to the accelerator or the gears. Just plain regular driving!
In the next tankful, which was required about four days later (I have a daily 120km commute for those of you who don't follow my reports!), I switched to the City mode. This provides a small improvement in throttle response which would suggest more fuel consumption, but somehow I managed to get 0.2kmpl more! Of course, the difference probably comes down to different traffic patterns, but the fact remains that there isn't a large improvement in efficiency to be gained from the Eco mode. I've not touched the Eco mode button since. 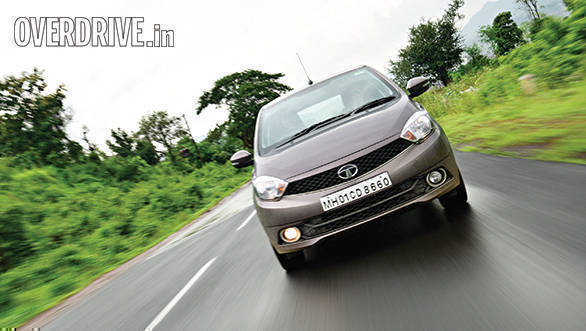 After my last report, the Tiago went for her first service, but it was just a simple check-up and the oil was not changed. At 7,500km, the next service will be carried out, so you should be able to read about that by my next report. The first oil change, however, happens only at the 15,000km mark. This is something which I had noticed even with my Celerio diesel long-term car. Oil change intervals for almost all the diesel cars is now 15,000km. 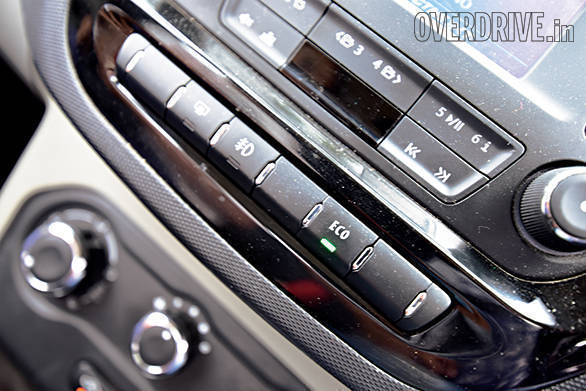 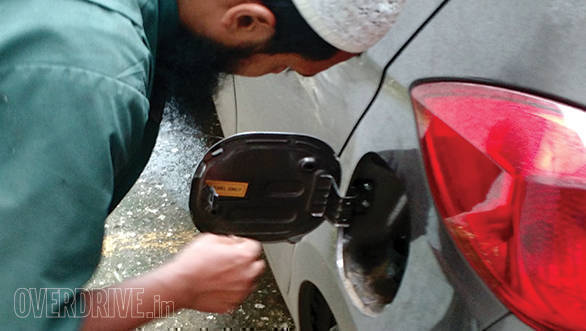 While most OVERDRIVE long termers tend to be shared, the Tiago has strictly remained just mine. I use her on an everyday basis, and she has been performing without any major flaws. It hasn't been completely niggle free though. For instance, the wiring for one of the fog lamps is loose and needs to be checked. The fuel flap, which used to randomly open when I first got the car, recently did exactly the opposite. It refused to open at the petrol pump, and I had to visit a Tata Motors workshop. The technician there used his wrench and with a little force popped it open. He examined it and couldn't see any issues, so he sprayed the mechanism with some WD-40 and the lid has been working properly since. I'm hoping this is a long-term solution.