Before we delve into the details, let's first explain in brief how this hybrid system works. It comes down to two electric motors and one internal combustion engine. One of the two motors, called the propulsion motor, drives the wheels while the other, named the generator motor, produces electricity. This generator motor is driven by the engine, creates current to charge the batteries and run various car systems. Simple enough? Now let's see what goes into each of these components.

Honda developed a new 2.0-litre petrol engine for the Accord Hybrid that produces 145PS at 6,200rpm and 175Nm at 4,000rpm. Not very high numbers for a new-age petrol engine, are they? There's a reason for that. This engine uses the Atkinson combustion cycle instead of the more popular Otto cycle in the quest for more efficiency. Modern Atkinson cycle engines are similar in design to Otto engines but keep the intake valves open for a longer duration. Doing so allows intake air to flow back into the manifold which effectively reduces compression ratio. This system allows for greater efficiency but comes at the expense of power density. Thus, for a given engine capacity, an Atkinson cycle engine will generally be more efficient but produce less power than an Otto cycle motor. In a hybrid like this, the Atkinson cycle engine makes good sense. 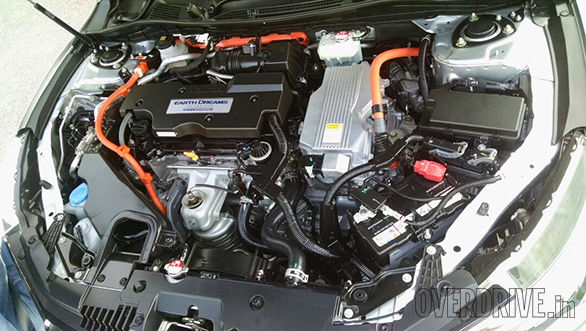 Further measures have been taken to squeeze out maximum efficiency from every drop of fuel. While the engine uses cast-iron cylinder liners for durability, every journal on the forged-steel crankshaft is micro polished for less friction and more combustion efficiency. Piston skirt design has been optimised to reduce reciprocating weight. This reduces vibration and boosts efficiency. Speaking of vibration, we imagine inline 4-cylinder engines to be supremely smooth but they aren't so by design. Such engines are prone to second order harmonic vibrations, the type that happens twice per crank revolution. To counter this, Honda has fitted the engine with an internal balancer system that uses two chain-driven counter rotating shafts located in the oil pan.

The pressure cast aluminium alloy head houses a rather advanced valve train. The valve control system uses E-VTC (Electronic Variable Timing Control) which constantly adjusts the intake cam phase while Honda's i-VTEC changes the lift profile, timing and duration of the intake valve operation. The DOHC system uses silent chains for the four-valve head, and Honda says the cam drive is maintenance-free for the life of the engine.

A single catalytic converter mounts directly to the front of the cylinder head. It uses a thin wall design that increases the internal reaction area and naturally improves efficiency. Cold markets benefit from a heat recovery device that uses hot exhaust gases to warm the engine coolant quicker in cold starts. This brings the engine up to temperature faster which minimises efficiency losses due to extra friction as the engine warms up.

For all the technology that goes into the engine, it is but a backup player. It is actually the electric motors that run the show. For the 2016 Accord Hybrid, Honda has worked on increasing the power and lowering the size and weight. Both utilise square copper wire which provides a denser and more compact stator (read smaller and lighter motors).

The propulsion motor produces a peak power of 184PS and 315Nm and is controlled by Honda's IPU (Intelligent Power Unit) which is located behind the rear seat. The IPU brain works with a 1.3kWh Li-ion battery which powers the propulsion motor. The batteries themselves are charged by the generator motor which in turn is powered by the gasoline engine. Get it?

In regenerative mode, the propulsion motor converts kinetic energy from the decelerating vehicle into electric energy which recharges the battery. Light application of the brake pedal produces braking through this regenerative effect. Only when the driver hits the pedal with some force, do the friction brakes (discs all around) come into effect. That means the hybrid system not only powers the car but also helps it slow down.

Co-ordinating this flow and conversion of power is no simple task, and that's where the PCU (Power Control Unit) comes into play. Think of it as the brain of the hybrid system. The PCU works with an electrically controlled continuously variable transmission, Honda calls e-CVT. This system replaces the conventional belts and pulleys in a traditional CVT system for two electric motors. The e-CVT comes with a lock-up clutch that transmits engine torque directly to the front wheels under high-speed cruising as efficiently as possible. 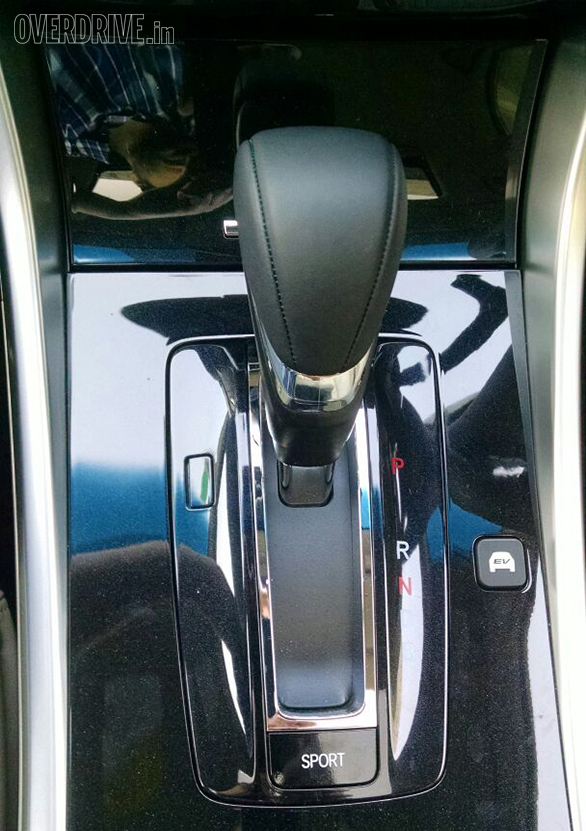 If you're confused right now, it's understandable. After all, I've been going on about how the propulsion motor powers the front wheels while the engine drives the generator motor. However, there are some cases where the engine can also supply power to the driven wheels. We'll discuss that in the next subhead on driving modes!

Through the PCU, the Accord Hybrid automatically cycles among three different modes based on requirement. The first is EV drive. This mode offers 100 per cent electric motor power with the combustion engine turned off. EV mode comes into effect at slow-speed situations like pulling away from a driveway or stop lights. EV mode can last for a couple of kilometres at best before the batteries get depleted and the engine is forced to take over. 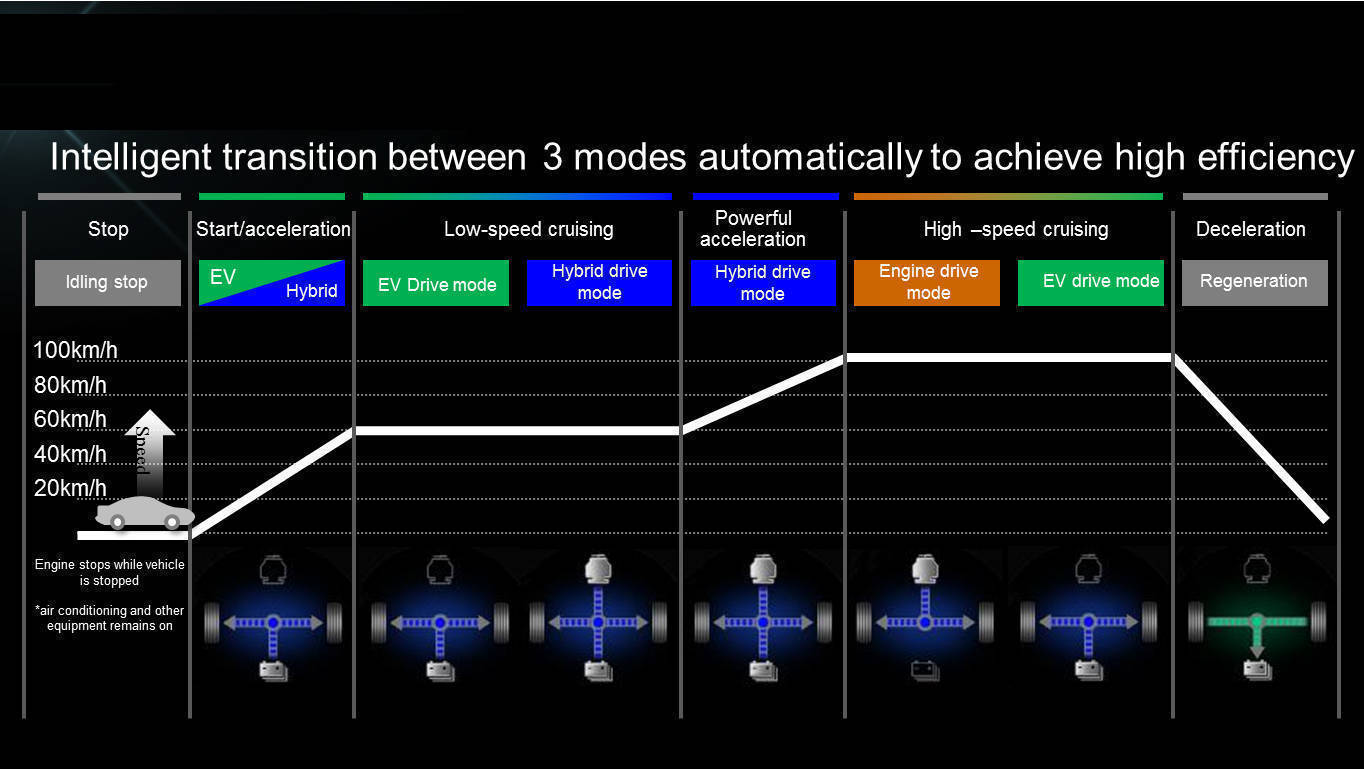 Finally, there's an Engine Drive mode which kicks in at medium- to high-cruising speeds. In this mode, the lock-up clutch in the e-CVT allows the engine to power the front wheels. If required, the propulsion motor can add additional power to the wheels when required in situations like a quick overtake. In Engine Drive mode, the system works as a parallel hybrid, whereas in Hybrid Drive mode it functions as a series hybrid.

All the above modes are automatically selected by the PCU, but Honda does offer the driver two selectable modes. An EV button allows the driver to lock the car in EV drive mode till charge lasts - helpful for situations like quietly pulling out of a residential area. There is also an engageable Sport mode, whereby the system sends more battery assist to the propulsion motor.

In all situations, the complete hybrid system offers a peak output of 215PS and 315Nm. Common logic would dictate higher numbers by adding peak engine and peak motor output, but it's not that simple as both systems don't produce their peak outputs simultaneously.

That's the explanation for how the hybrid system works, but the Accord has a few more cool tricks up its sleeve. The first is an active noise-cancelling system that uses two microphones and an electronic processor. The microphones pick up low-frequency noises (think, road noise) in the cabin and sends them to the processor. The processor analyses these signals and produces a reverse phase sound that is piped out into the cabin via the audio system's speakers. The whole process happens incredibly quick, and the reverse signals piped back into the cabin cancel out the original source of sound to lower cabin volumes. On the first drive, we found that the Accord had impeccable sound isolation in the cabin, and the system definitely seems to work! 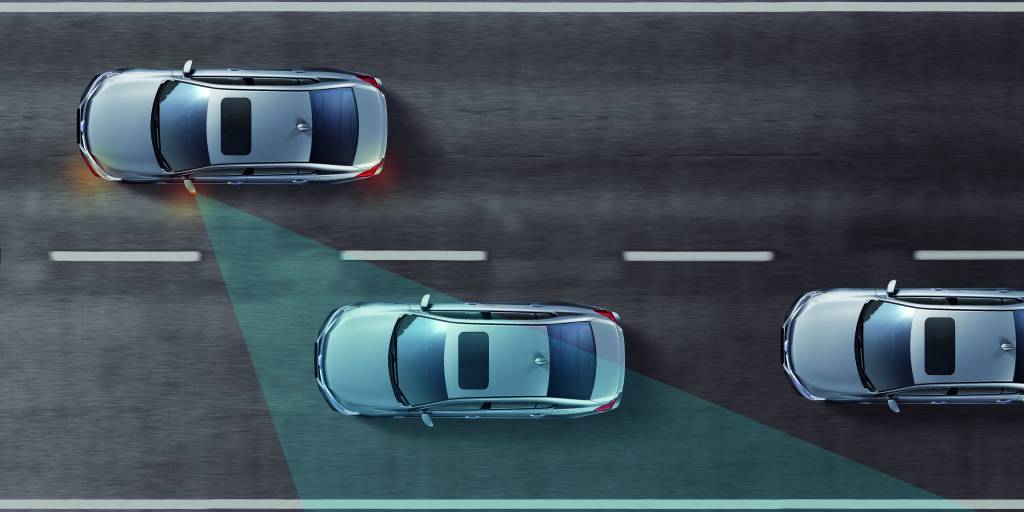 Another interesting feature is Honda's Lane Watch. This is a blind spot assist system but uses a completely different technology to what we've seen in German luxury cars. Those systems work by using an array of sensors that detect if a vehicle is in your blind spot and alert the driver by flashing lights housed in the ORVMs. Honda's system uses a camera under the left rear-view mirror that sends an on-demand feed to a screen on the dashboard. If the driver is looking at the left mirror but is unsure whether the blind spot is open, a button on the right side instrument stalk will bring up the feed on the screen. The downside with this system is that it only works for the left side.

Finally, the electronic power steering has a built-in safety feature that assists the driver if it detects a loss of control. The system detects if the car is losing control, either by oversteer or understeer, and makes initiates steering inputs that prompt the driver to steer in the right direction.