Travelogue: Visiting the Longewala memorial in the Hyundai i20 Active

When I say heroes, what comes to your mind? People dangling from skyscrapers, hanging on to high-speed automobiles or even the ones who save the damsel in distress. Right? Real heroes are those who leave a significant impact on the lives of many, those who we look up to. Real heroes inspire everyone. That's exactly what Major Kuldip Singh Chandpuri of the 23rd Battalion, Punjab Regiment, did during the great Battle of Longewala in 1971. 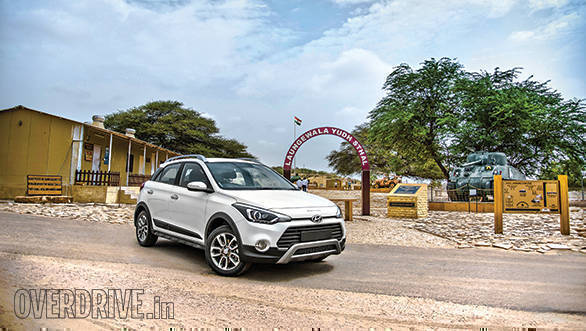 We started the journey towards Jaisalmer from Jodhpur at noon. The plan was to cover as many miles as possible to try and catch the sunset at the picturesque Jaisalmer. On paper, it is a 286km-long journey that should ideally take close to five hours. However, locals alerted us to be careful throughout the route. The journey began from the traffic-clad Jodhpur city wherein the compact dimensions of the i20 Active were indeed a blessing. It didn't take us much time to reach the outskirts of Jodhpur and then further continue on NH 125. The route wasn't very scenic but what it offered was a long well-paved road that easily makes it one of the best in the country. Helping us march forward at an impressive pace was the 90PS 1.4-litre diesel motor of the i20 Active. The powerful motor was apt for us to maintain higher speeds on highways. The going was smooth until we encountered certain under-construction sections with discomforting large potholes. 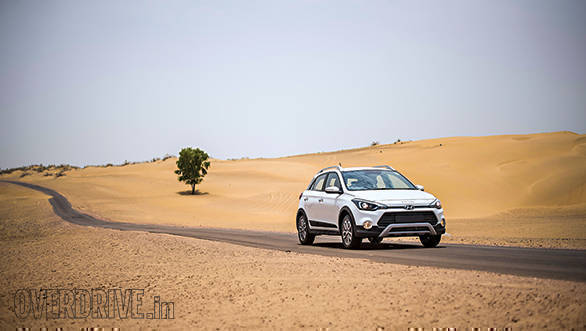 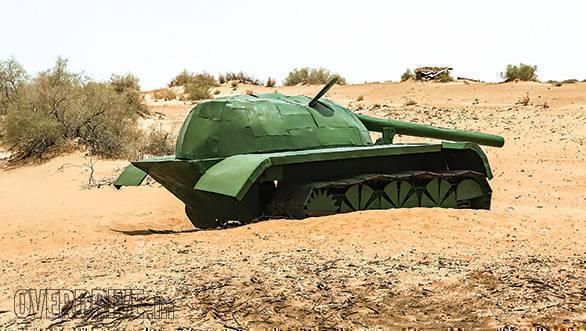 However, the Active's higher ground clearance of 190mm paired with its rugged suspensions took care of it. We were running behind schedule and had to miss on the opportunity to capture the perfect sunset against the backdrop of the dreary desert. However, our stay for the day adequately compensated for it.

As the sun came down with a sepia tone everywhere, we decided to reside at Trulyy India Desert Palace, a beautiful palatial property at the very beginning of Jaisalmer city. The fort resort has a vintage-styled construction that pays a homage to the ancient architecture. In fact, the ambience acted as the perfect backdrop for a quick capture of the i20 Active. The character lines of the car blended in neatly with the highlights of the resort. 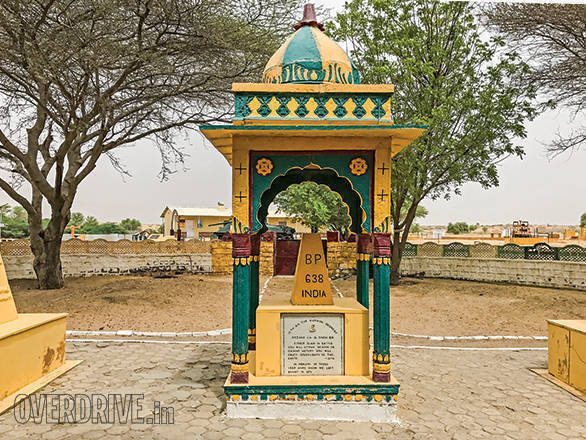 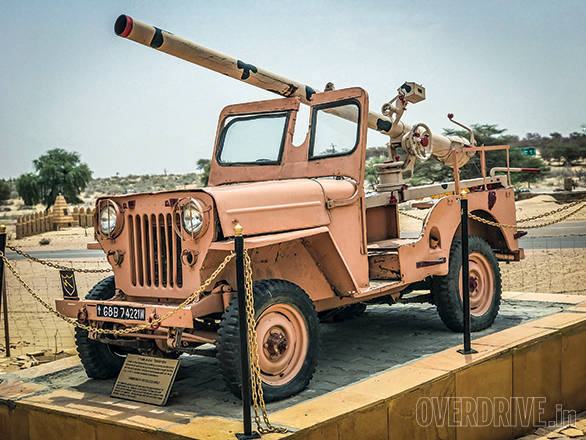 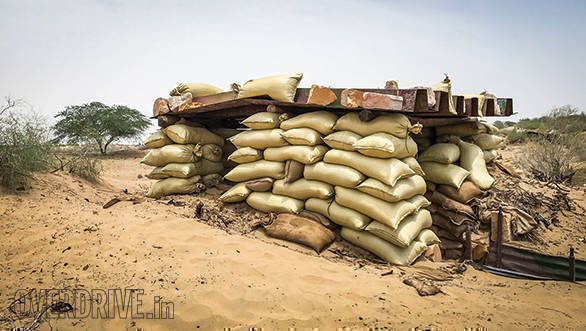 Next day morning, after a quick breakfast, we got the Active loaded with the essentials. While Akshay, our photographer, made optimum use of the 285-litre boot and stuffed all his camera equipment, I filled the storage pockets in the cabin with snacks and beverages. Unlike us, the Active didn't need frequent stopovers, thanks to its super-efficient motor. As soon as we reached the highway that flows through Ramgarh, the traffic just disappeared. The open stretch of road was too tempting for us to test the full potential of the Active; however, the blind turns on the highway made us extra careful. Not to forget the soft sand on both sides of the single-lane road that can make one get stuck. 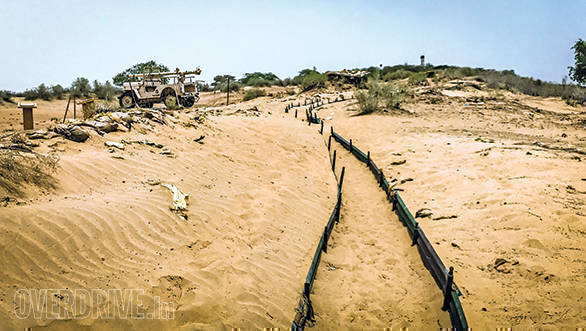 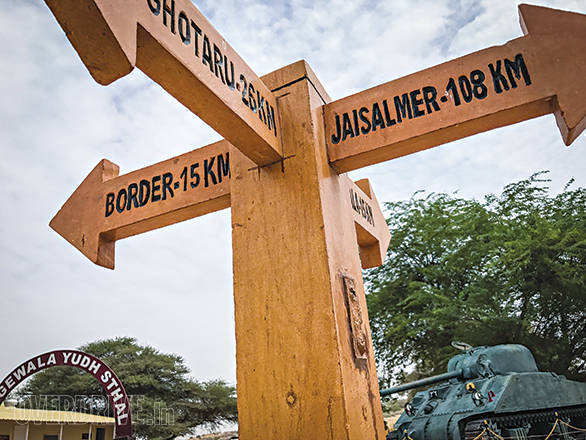 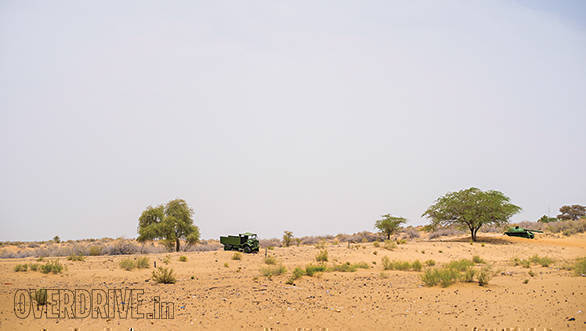 As we closed in towards Longewala, there was a different feeling as the car's on-board map showed Pakistan border located just a few miles away. It is here that the brave story of the Longewala battle was written. In 1971, Indian Forces had concentrated their strength on East Pakistan (Bangladesh now). Yahya Khan, the president of Pakistan back then, decided to take this opportunity and attack the western frontier by capturing the Jaisalmer air base and cripple the Ramgarh base. On December 3 at 2100hr, 4,000 Pakistani soldiers and 45 tanks secretly ventured into India. This information reached Major Kuldip Singh Chandpuri, who was commanding the 23rd Battalion, Punjab Regiment, holding the Longewala post. He had 125 men and one jeep-mounted M40 recoilless gun. 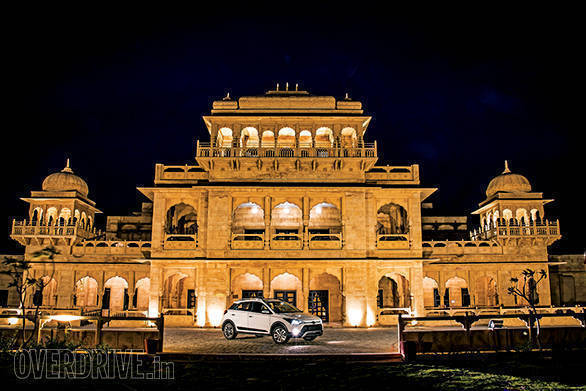 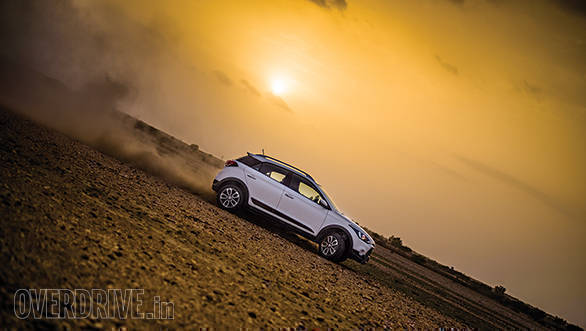 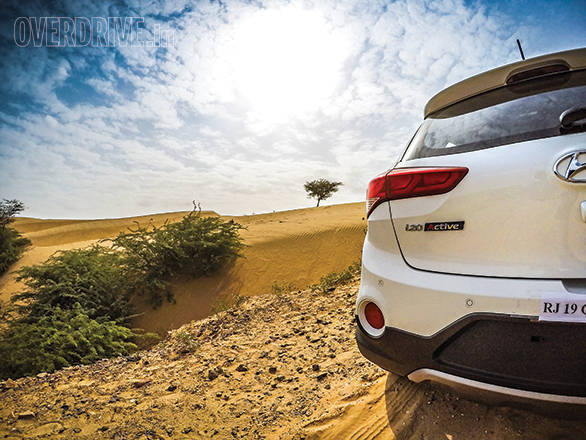 Major Chandpuri had to make a choice, to retreat or march on with his small battalion. On December 4, 1230hr, the Major decided to head towards the enemy without any artillery or tanks. He did try to seek support from IAF but the aircraft were not equipped with night flying. This did not stop the brave men from putting up one of the mightiest fights that any war has ever seen. The M40 gun destroyed two tanks while the soldiers went on to damage a lot. The Pakistani Army tried to get a hold of the situation but lost many hours doing this. Until finally at the break of the dawn, the sky scorched with the scream of the HF-24 Maruts and Hawker Hunter IAF aircraft gunning down as many as 36 tanks, leaving the Pakistani Army with nothing but defeat. They lost 200 soldiers, 36 of their 45 tanks and 500 other vehicles. Major Kuldeep Singh Chandpuri was conferred with Maha Vir Chakra for his brave and courageous contribution. 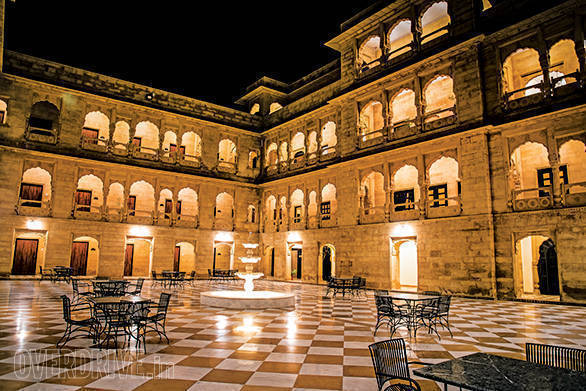 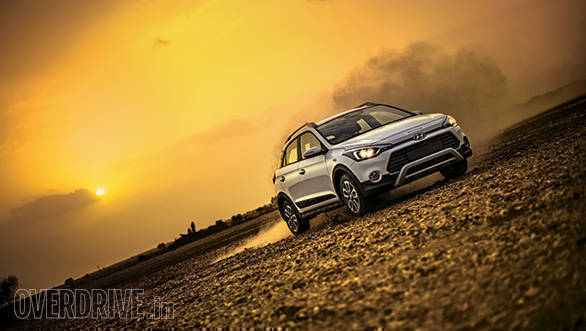 Being a crossover, the i20 Active didn't feel shy to go places

It is one thing to read about this heroic chapter and completely another to witness the sight where all this happened. With immense pride and respect filled in our hearts, we headed back to Jodhpur truly inspired by the braveheart hero Major K S Chandpuri.