The last few months with the Victor have been a test of my patience. If you've read the previous report, I'd decided to back off the throttle, in the interest of discovering the fuel economy of the bike. I rode like an average commuter would, shifting up as soon as possible and trying not to go past 60kmph, even on an empty stretch. And again, the Victor has got me impressed. I've managed to extract 62.8kmpl, which is great given the horrible traffic on my daily route to office (Andheri-Lower Parel). I also noticed how refined the motor feels when I'm riding between 50-60kmph. The vibes are almost non-existent, and it's nice to ride such a stress-free motorcycle after a long day at work. 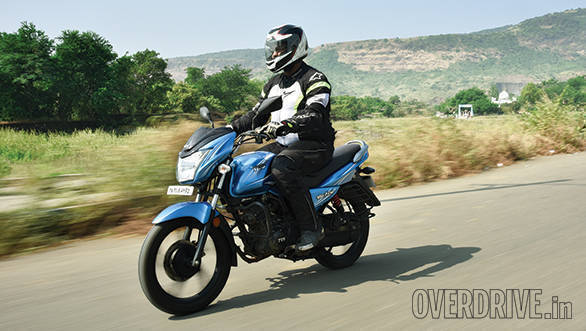 The build quality of the Victor is another aspect that does not cease to amaze me.  I remember how amazed I was to see  how well the Victor has coped with Mumbai's monsoon. The city was lashed with rainfall and as usual potholes were omnipresent. But the bike showed no signs of any rattles or squeaks from the panels. The muck and filth that gets splashed around in this weather did not affected the paint finish at all and the switch gear, to date works orks perfectly, even after getting drenched in pouring rain. Rain or shine, the Victor seems indestructible.

At the 1,000km mark, I sent the bike for its first free service to the TVS workshop. The engine oil and oil filter were changed, the air filter was cleaned and the mechanics ran a thorough check-up to ensure any loose ends were tightened. Total cost? Rs 580 (Rs 540 engine oil and Rs40 oil filter). The next service is due after 2,500km or three months, whichever is earlier. 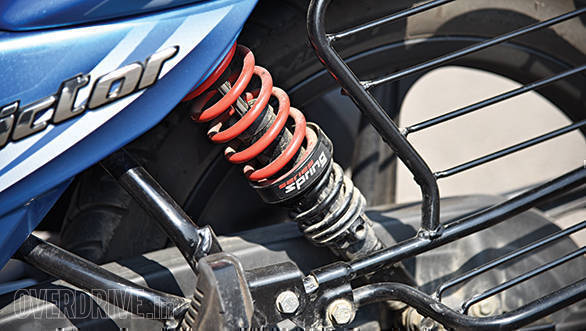 As the skies had cleared I decided to take the bike out on the highway to see how it performs as a long-distance motorcycle. The destination I chose was the Karnala Bird Sanctuary, situated just outside Mumbai on NH66 (previously NH17). The 240km round trip was a bit off the comfort zone for the bike. Allow me to tell you why.

Firstly, the engine is mated to a 4-speed gearbox, which means that at the 97kmph top speed, the rev needle is barely 300rpm away from the 9,000rpm redline. This meant that I had to drop speeds to 75-80kmph to ensure the engine is not too stressed. So real quick highway runs or going for a group ride with my buddies is out of question. 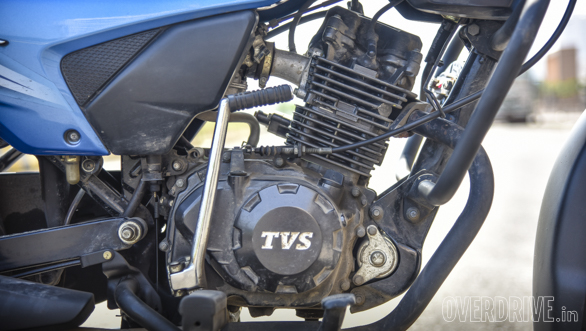 Secondly, the seat foam. On regular city commutes, I've found the seat to be more than comfortable. However, during the long hours I spent on the highway, the foam sank in slightly, causing a little butt ache. I suspect this has mostly to do with my weight.

After 974km post-service, the chain has worked itself loose, which is pretty much the average number of kilometres it takes on similar bikes. All told, I'm happy with the way the bike is running.