The TWO Track School has been running for three years now and the latest edition was at the Kari Motor Speedway near Coimbatore on the Easter weekend. As is usual with the school, when we run only one level, classroom time is given over to other riders who just want track time. Of the 46 motorcycles that turned up, about half came for open track time while the rest were all first timers at school attending our introductory course, Level 1. 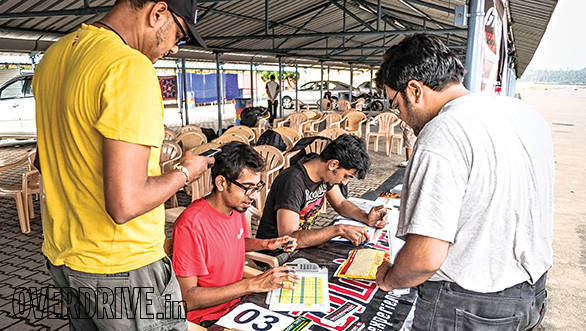 The day begins with registration 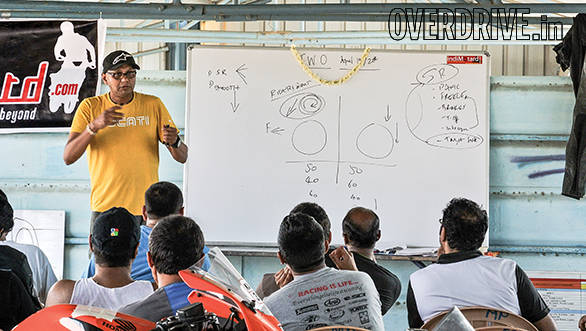 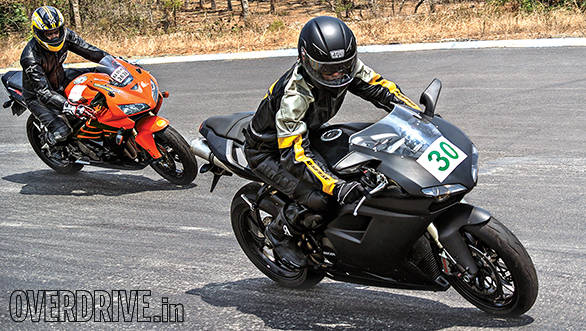 Among this crowd were all kinds of riders. We had people like Shubham, who's just learnt to ride a couple of months ago, who felt they needed guidance to become more proficient, confident riders. On the other side were people who've been riding bikes for well over a year or more and were looking for a place to improve their skills and technique further. At the other end were some really experienced riders and an ex-rally driver, all of whom wanted to do more with their motorcycles. To be faster as well as safer. The motorcycles ranged from Yamaha YZF-R15s and KTM 200 and 390 Dukes to Ninja 250s all the way up to a Ducati 848 and a Honda CBR1000RR Fireblade. In this mix were OVERDRIVE's own Halley Prabhakar and Alan D'Cruz, mounted on a Suzuki Inazuma and a Continental GT. 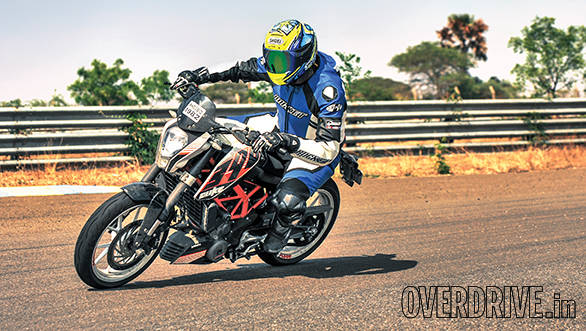 The point is that the school is about riding better and not racing, which means anyone with riding gear and a motorcycle can come and find themselves at the end of the weekend with more speed, skill and confidence under their belt. 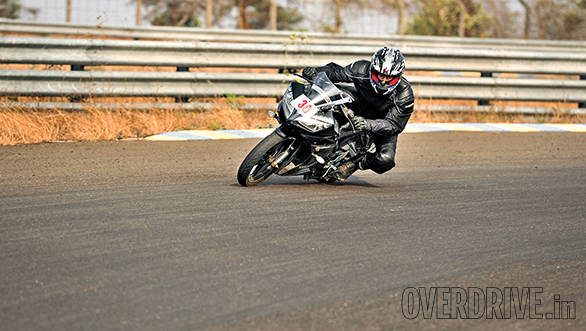 The course begins after registration with an introduction to the central idea that makes motorcycles so difficult to ride well  the idea that motorcycles react badly to instinctive human reactions and that these reactions need to be controlled and curbed and then replaced with conscious, non-intuitive inputs to resolve a situation and find more speed. 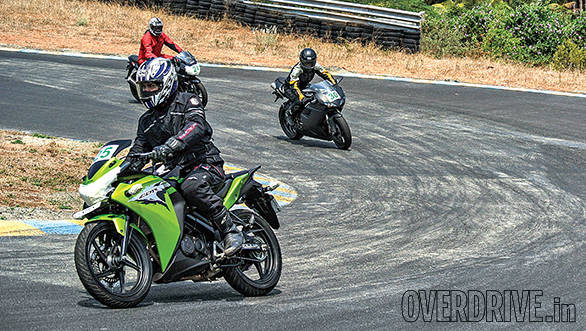 Once the classroom session was done, it was time to go out on track and ride. The idea at the school is never to go fast intentionally, but instead to focus on picking up the skill discussed in the classroom. The speed comes as a result of getting the skill right. Out on track, three instructors, including me, watched students practicing. 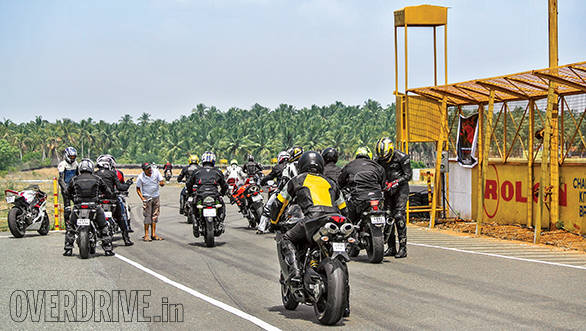 Level One being the first and bottom tier, the focus is on basic skills. So it begins with the understanding of these instinctive reactions and proceeds to the core of riding  throttle control and its effect on your riding. The throttle control drill out on track sounds like the most boring thing on paper  ride around without touching your brakes. But it not only is harder than it looks to get right, it also is an intensely satisfying thing to get right.

The course then moves on to other aspects of riding, like being able to place the bike at the right place consciously, on the exit of a corner, entry and finally, in the middle of the corner. All this time, the classroom discussion focusses on the skill as a way to get around the track fast as well as a way to ride safer as well as faster on the street. 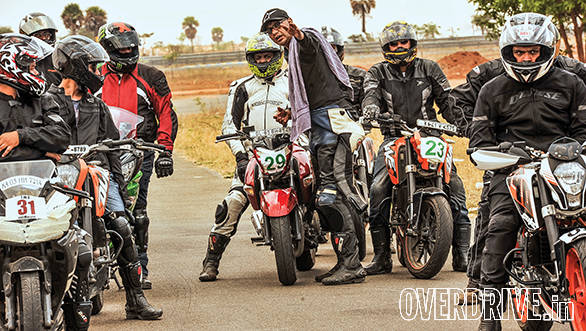 Note how diverse the range of bikes that turn up are

At the end of the school, all the student riders got much, much quicker and more importantly, more confident on their bikes. As student Shubham Harnai said, "I felt liberated. I have only been riding for a short while but it was always a start-stop thing. For the first time I feel like I am in command of my ride. I returned with a greater sense of confidence that I shall be better prepared to be on the road now." The wide smiles up and down pit lane were a testament to how effective instruction at the track is.

Personally, I find that the riding on the track makes me more aware of traffic around me on the street and that alone improves my safety level - what I know allows me to make better decisions.

You might wonder what the cost of attending school would be. The open track time costs roughly Rs 8,500 for the weekend while Level One at the school is Rs 13,500. This includes lunch at the track plus snacks. The stay should cost Rs 2500 for two nights in Coimbatore and maybe Rs 2,000-odd for food. Most Indian bikes use less than two tankfuls of fuel for the weekend. That means in total, outside of transport to and from Coimbatore, the school should cost you about Rs 20,000. Indimotard also offers you the option to use one of their fleet of motorcycles for a fee. Indimotard also has a handful of trucks that transport bikes between Bangalore and Coimbatore. The trucks usually leave by Friday night and the bikes can be picked up from Indimotard's garage on Monday. 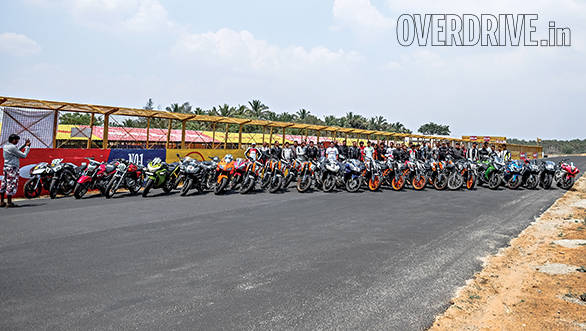 At the end, we have a giant lineup for the obligatory group photo

India now has a few racing schools as well as a few track-based riding schools. If you haven't been to one and consider yourself a serious motorcyclist, spending on a school weekend might just about be the best Rs 20,000 you ever spent modifying your motorcycle. I guarantee that you'll get much faster by attending school than by spending on that exhaust for your bike you've been eyeing.