After our first story on how some of the latest hatchbacks in India stacked up in terms of cooling, you're probably curious about how we went about testing the cars and all the parameters we set. Well, here they are.

The first thing we needed for this test was the right equipment and tools to check how effective a car's AC unit is. So we got in touch with Zen Microsystems and Protocontrol Instruments India Pvt Ltd, who hooked us up with all the high-tech sensors we needed for the test. We placed sensors in different parts of the cabin  next to the driver, the co-driver and next to where both rear passengers would be seated. In the case of an SUV or MUV with a third-row seat, we placed a sensor right at the back too. There were sensors placed in right in the centre to measure the cabin temperature, in the front air vents and, if they were present, in the rear vents too. 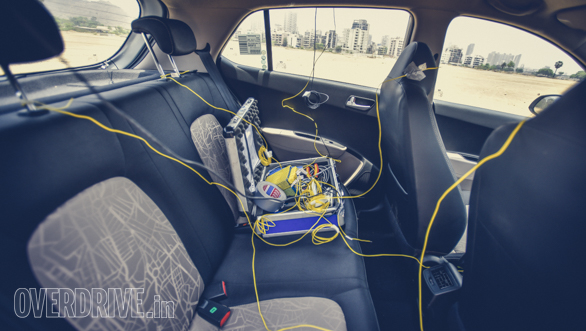 The sensors, provided by Protocontrol Instruments India Pvt Ltd were set up in different parts of the cabin

For best effect, we had initially planned on conducting this test in Rajasthan. But during one of our shoots in Navi Mumbai, we realised that it was hot enough right here, with temperatures going up to 45 degree Celsius. We called in 24 cars from different manufacturers and segments, and let them all bake in the heat till the cabin temperature went up to a sweltering 50 degree Celsius  that's close to how hot you can expect your car's cabin to get when you park it in the afternoon sun even for a short while. 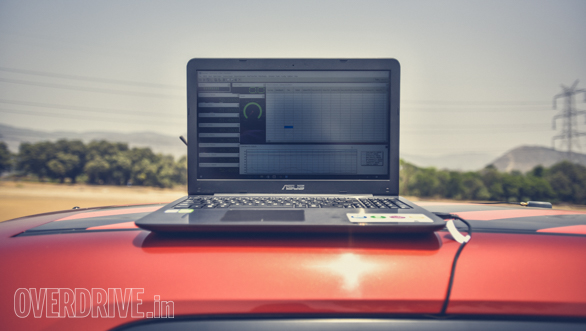 Once the cabin reached the desired temperature, two people  a driver and an analyst  would get in the car and drive for 10 minutes, with the AC temperature at the lowest setting and the blower set to the maximum speed. The car which got to the lowest temperature at the end of the run, was the coolest car in our test. However, there are other factors to be considered, like the rate of cooling or how quickly the AC unit cools the cabin. The sensors recorded the change in temperature every 10 seconds and to calculate the rate of cooling, we noted the change in temperature every two minutes. Two other factors we took into consideration were the maximum wind speed from the vents and how noisy each car's AC unit was. To calculate how effective the blower was, we used a cool little device called an anemometer which has a small fan at the top which detects wind speed at the vent. To test the noise level, we used a decibel meter to check how much noise there was in the middle of the cabin with the blower speed set to the maximum setting. 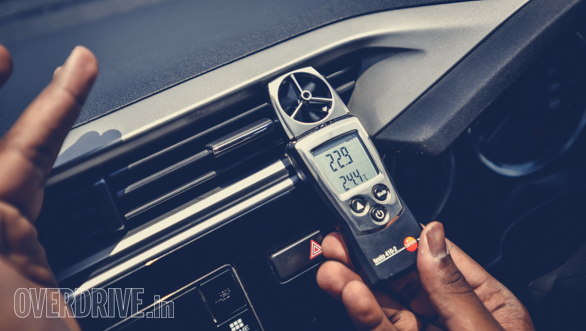 Apart from finding the coolest cabin, we also gave a star rating, with the maximum achievable stars being five, for five factors  rate of cooling, vent temperature, noise and circulation. To calculate how effective circulation was in a car, we'd checked the difference in temperatures at the front and rear of the cabin. 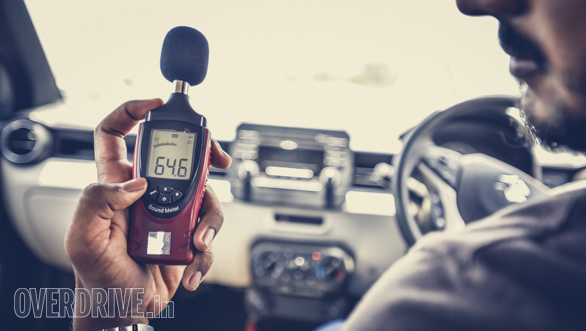 The decibel meter gave us accurate readings of cabin noise

We could have considered a lot more factors for this test like the size of the AC compressor and cabin volume, but that doesn't change the final result of this test. What we've done, is test a car the way every user would understand and relate to.

Now that you know how we went about testing our cars, stay tuned to OVERDRIVE for more stories on air conditioning in automobiles.

Here are the results of our tests and other AC related stories:

Hyundai i20 Active's AC is best among Indian hatchbacks!

Then and now: When ACs were not common in cars