BMWs are all about performance and driving dynamics. Be it an entry-level offering or the flagship, all of them are known to engage the driving enthusiasts. The German carmaker is set to revive its fabled CSL badge, that went out of production in 2004, for its new M-badged cars. However, this time around we are writing about the second generation of BMW 5 Series that was manufactured from 1981 to 1988 also called as the E28. 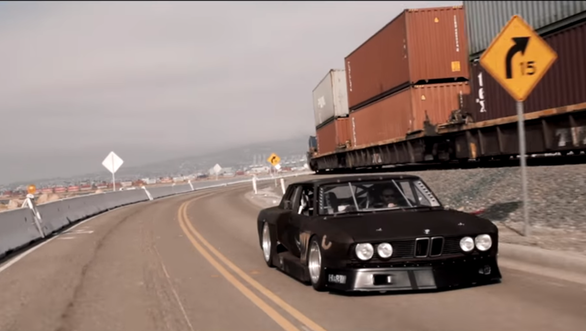 There are many out there kept in the best possible collection by their owners. However, this one is truly special and is called the Rusty Slammington. Yes, that might sound odd but look at the images and you shall realise why its called so. What started as a Toyota Supra 1JZ-GTE powered E28 was later updated to performance-spec race-prepped BMW S38 inline-six that was offered in the M5 and M6 of the 1980s. Here's a quick look at the Frankenstein E28 BMW 5 Series.