What you learn at the California Superbike School

Enough has been written, shared and published about the California Superbike School for most bikers to know what it is. For those of you don't, please read on.

California Superbike School (CSS) was founded in 1980 by Keith Code, a professional racer and now one of the most successful motorcycle coaches. He also happens to have authored some of the best-selling books on motorcycling (The Twist of the Wrist series and Soft Science of Roadracing Motorcycles, to name a few). These books, as the names suggest, are detailed guidebooks for anyone wanting to learn the art of sport riding or riding on the track. But as they say, the school of experience is the best and therefore the best way to benefit from Keith Code's vast pool of experience is to enroll at the CSS.

The syllabus is spread out over three levels, each of which is a day-long session. Each level is made up of five topics. Every topic is covered using an elaborate classroom session, followed by a 20-minute on-track session to put the theoretical learnings into practice. The classroom session has a common coach for all participants, but for the on-track session, you're assigned a personal coach who observes your ride closely, points out your mistakes and weaknesses and works with you to minimise them. You can choose how many levels you would like to attend, but choosing all three over the weekend is a better idea as the syllabus for each is linked to the other. 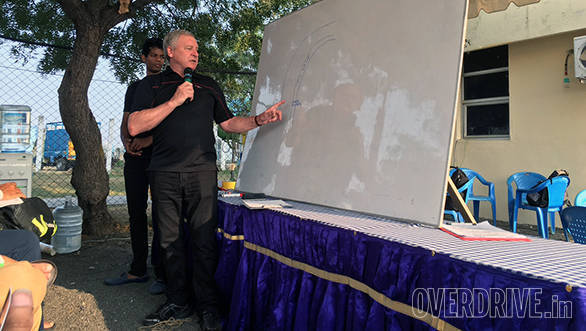 Level one covers the basics of sport riding and planning riding lines. While that sounds pretty basic, these are the all-important foundation stones. As we learn to ride on two wheels, balancing the vehicle and the body become second nature to us. But leaning the bike, tackling a corner at speed and defying our perceived laws of physics begin with more than just the basics we think we know. How to control the behaviour of the suspension, factoring in the changing ground clearance of the bike, understanding gearing and engine control and making the right use of the handlebars to steer the bike at unfathomable momentum, is what the basics will actually teach you. Still throwing your weight into a corner to make the bike turn? Level one will fix that! It did for me. Once I was steering properly, I could now plan better lines around the track. The second day stressed more on this point and then things started to get demanding - physically and mentally. 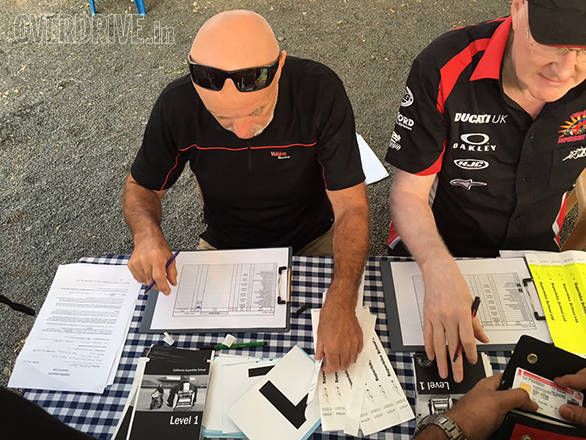 Level two is all about understanding the road and improving your vision. When we ride, our tendency is to see only a few metres in front of us and within that little field of vision, there are a zillion things that distract us. Since our survival instincts are always looking out for anything that may be dangerous to us, making mistakes and fixating on targets is a common error that bikers make. While the distractions are significantly lesser on the track, the school teaches you on how to see more and shift focus from one point to the other on your intended riding line, while analysing and removing any distractions, using your peripheral vision. It sounds like an awful lot to grasp and process while on a motorcycle, but once you understand the tricks of the trade, a faster and safer line is just around the corner - quite literally. By the end of the day, I had already shaved over 3s off my lap time from the previous day and that too while sticking to a single gear and not using brakes at all. My coach, Görkem Canverdi, seemed impressed with my efforts so far, but tighter turns was still a problem area for me. He assured that the third day's sessions would fix that. 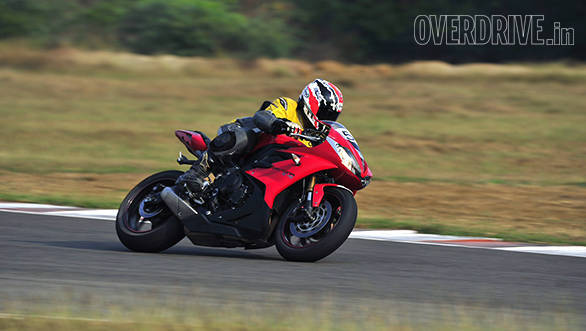 Day three was Sunday and it stayed true to its name by being sunny and hot! Oh and it was also Valentine's Day. Those of you who follow me on my social networks would already know how it went! This was literally the day I was waiting for as body positioning, weight transfer, body movement for various situations like cornering, corrections, acceleration and deceleration - it covered all of it. As you would expect, it is physically demanding and you often come across participants who prefer sitting out by the time the first three sessions of the day are over. As the day progressed, my body posture improved significantly. Tighter turns weren't a problem anymore and I was also using the entire width of the track to my advantage. The last session needed us to put the learnings of the weekend together. The result? I was already dropping valuable seconds off my lap times with every session and the last one was the best despite all the body ache. Speed is never a criteria for the CSS though. The coaches will work with you at speeds that you are comfortable with and that is what makes the school easy for everyone from an entry-level motorcycle to a track-prepped speedster. In terms of a learning benchmark, this day goes right up there with the day I first balanced myself on two wheels! 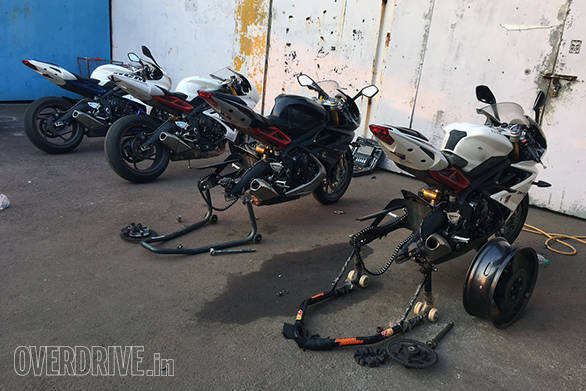 What is CSS Level Four?

CSS level four is tailor-made coaching. This one spans over three days and you get a personal coach who will work with you on any weaknesses you have with respect to your riding, despite the coaching from the previous levels. Level four in India can be either attended by invitation only or earned after completing the first three levels and producing results that are satisfactory to the judges.

CSS is well-known around the world and came to India six years back, thanks to its local coordinators, Vidiem. Through the years, the per head fees has gone up from a mere Rs 15,000 back in 2010 to Rs 66,000 for 2016. That's because the syllabus has been upgraded massively, better bikes are now available in India, the Madras Motorsport racetrack (where the school is conducted) has been resurfaced and more slots and sessions are now available to accommodate a larger student base. The CSS in India accommodates up to 63 students per weekend and 97-octane fuel and food and beverage is covered in the fees. 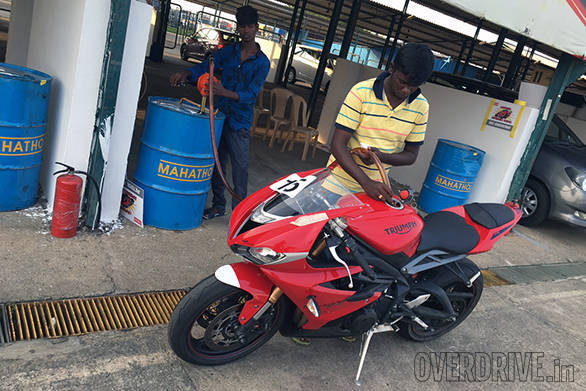 Rs 66,000 isn't cheap by any means, but the course coordinators in India, Vidiem, is trying its level best to bring down the costs. One of the measures includes having a few Indian coaches soon as the costs of hiring coaches from the European or American chapters of the CSS has been the primary reason for the fees getting dearer.

Though the name of the school would suggest otherwise, CSS can be attended on practically any motorcycle that you like, as long as it is in a good shape. That said, since the topics largely cover sport riding, a cruiser or a dirt bike may not be well-suited for the entire syllabus. A supersport or a street naked would be your best bet. We have witnessed everything from the humble TVS Apache to a mighty S1000RR HP4 at the CSS, so that should give you an idea. 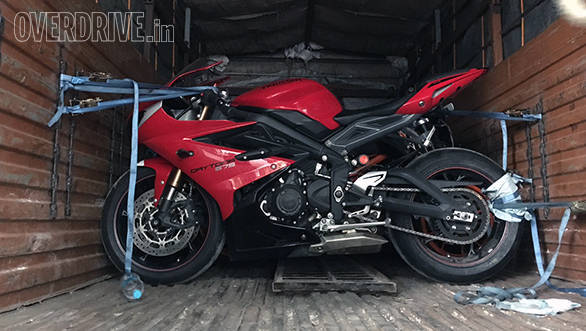 You could either ship the bike through a trusted courier or trucking service, or ride it down yourself. Make sure the bike reaches with grippy tyres, proper brakes and without any leaks or problems that will hamper your ride. You could also rent a TVS Apache, prepped for the track.