The Suzuki GSX-S750 has just been launched and we got a chance to ride it around the Buddh International Circuit briefly to get a taste of the new S750. And the new Suzuki is a good one! But the riding impression is a separate story. In this one, we do a quick deep dive into the engineering of the 2018 Suzuki GSX-S750. 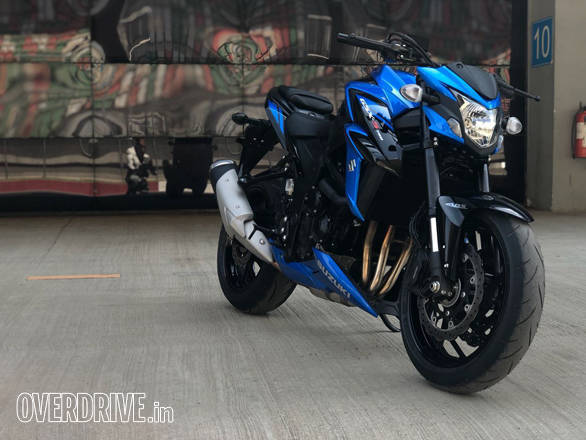 The Suzuki GSX-S750 replaces the GSR750 in most markets where the latter was sold. The GSRs were mild-mannered street bikes that did some business for Suzuki Motorcycle but not a lot. Suzuki has tasted success with the GSX-R K5 engined GSX-S1000 and here we are, with the Suzuki GSX-S750 now. We get more power and more torque, a new frame and styling from the same family as the current GSX-S1000. 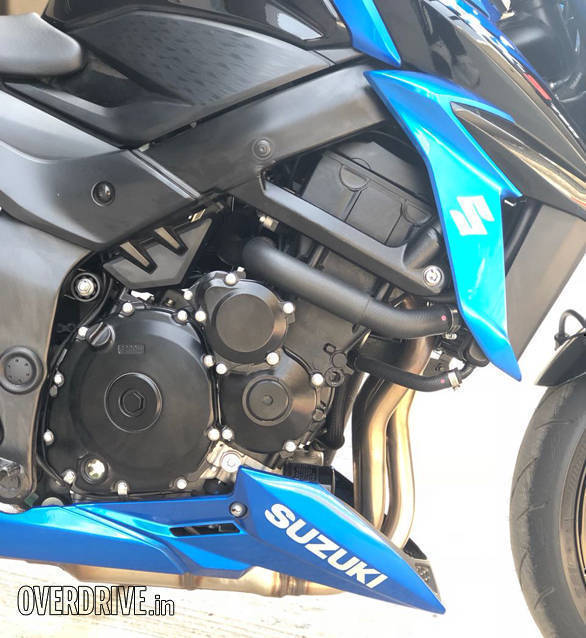 But it isn't as simple as taking the GSX-R750 engine and plonking it in. Suzuki updated the engine with ventilation holes in the crankcase to cut pumping losses - the power lost to the pressurisation of the crankcase while pistons are headed towards BTDC. The holes allow the cylinders to offer space for this pressure to dissipate making life easier for the descending piston. They also brought in new 10-hole injectors. Both of these changes are tipped as being part of Suzuki seeing over 20kmpl on their real-world test cycle.

Suzuki has also tweaked the new airbox for efficiency and also for aural drama. The intake roar and the exhaust note form this Euro and BS IV engine is beautiful! 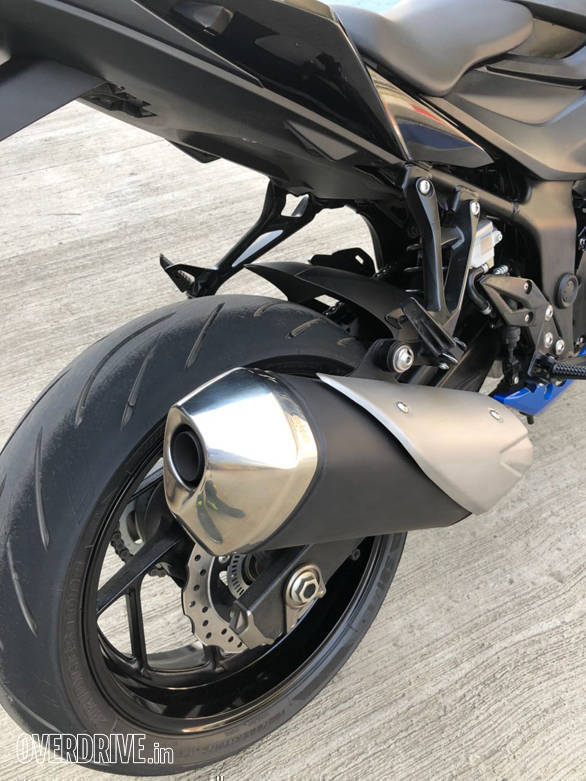 Suzuki also has a new exhaust on the GSX-S750 that uses the catcon from the S1000. The 4-2-1 pipes with equalisers don't use an exhaust valve and Suzuki says that saves some weight too.

To make the motorcycle easier to ride, Suzuki also has Low RPM Assist which is a system that, to put it simplistically, raises the idle at low rpm and low speeds to make stalling nearly impossible and low speed crawling a lot easier for the rider.

The K5 engine was not chosen only for its performance though. Suzuki says the K5 used a vastly more vertical engine than the current GSX-R750 and that was a good thing for the S750. It allowed Suzuki to create the short 1,455mm wheelbase it wanted for a great handling sport naked. 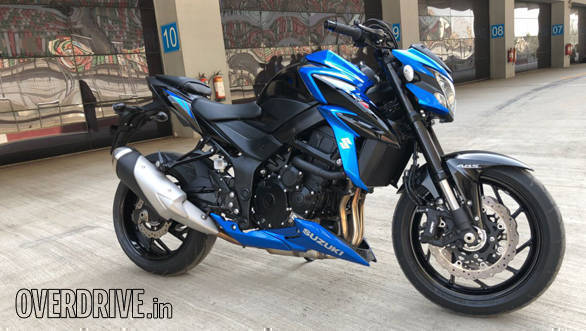 The chassis design uses a twin-spar frame with tubular elements including the rear subframe. The seat height is 820mm, reasonable for a street naked. The swingarm is a new design as well, passing on a regular box-section design for a unit that is chunky at the bridge area but tapers to the rear axle mount.

The engine is hung from the frame and the only visually odd looking bit is the cross brace that 'surrounds' the engine head on each side. It looks distinctly less well finished that every other frame member. 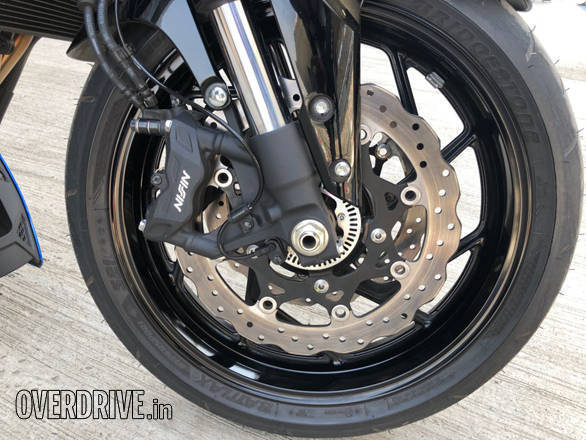 To this frame is mounted pre-load adjustable suspension at both ends. Up front is a 41mm KYB upside down fork in black (Gold was last year's colourway) and the Nissin brake calibers are radially mounted. The 120mm fork travel is matched to 138mm from the rear link-type monoshock.

The brakes are Nissin, as we said. ABS is standard at both ends and the 310mm twin petal discs at the front are matched to a smaller rotor at the back. Unfortunately, Suzuki continues to issue basic rubber hoses for the brakes, not braided hoses. 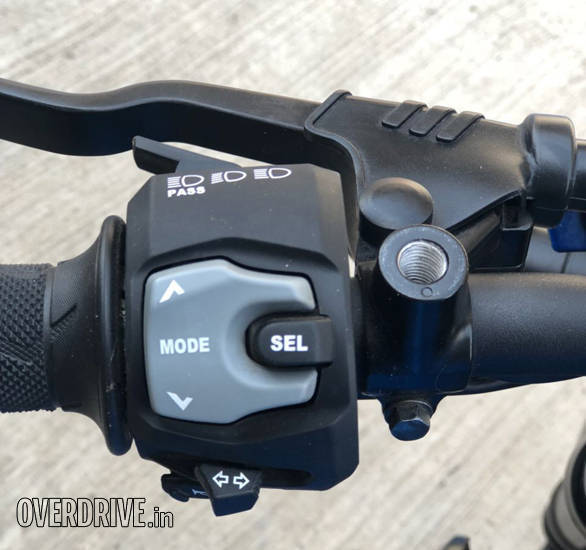 Suzuki uses its extremely simple but clever traction control system for the GSX-S750. Mode 3 is meant to be for wet roads and intervenes early. Mode 2 is what Suzuki expects to you use most of the time while Mode 1 is what you'd use for sporty riding and it permits some wheelspin too. Suzuki's traction control uses wheel speed data from the ABS rings in combination with throttle, crank and gear position data to figure out what support the rider needs. The help comes from the modulation of the air delivery and ignition timing so that the intervention is as smooth as possible.

So that's it? Not quite. The handlebar is a tapered unit that provides upright-sporty ergos. 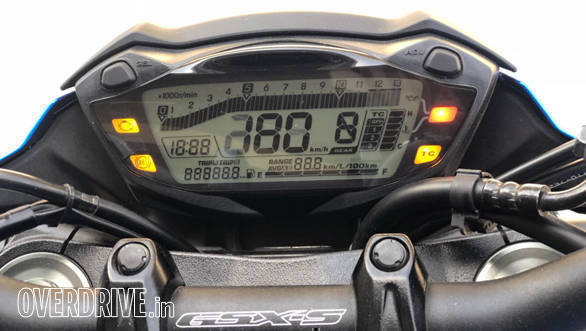 The dash is an all-digital unit borrowed from the GSX-S1000 with all of those features. Suzuki adds the ability to control how engine rpm is displayed and adds an option to allow the tacho to indicate peak revs sort of like you see on the MotoGP telecast overlays.

Mode selection is via Suzuki's oft-used switch set on the left grip. 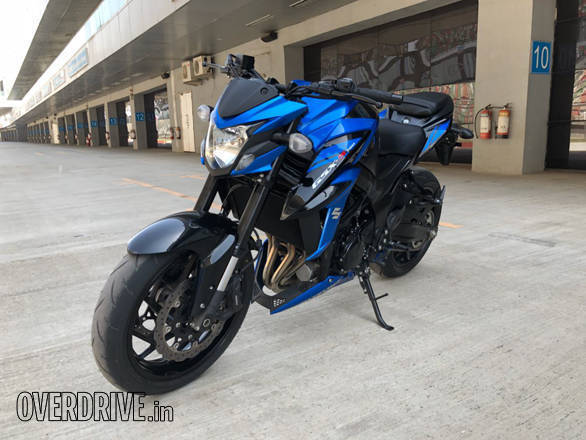 All of this is wrapped up in a design that reminds you strongly of the Suzuki GSX-S1000. The 1000 had some trouble resolving the headlight into a universally acceptable, aggressive shape it must be said. The GSX-S750's unit also has a lot of sculpting but I think it looks neater and cleaner and I like it more for sure.  Build and finish levels look good for the most part too. 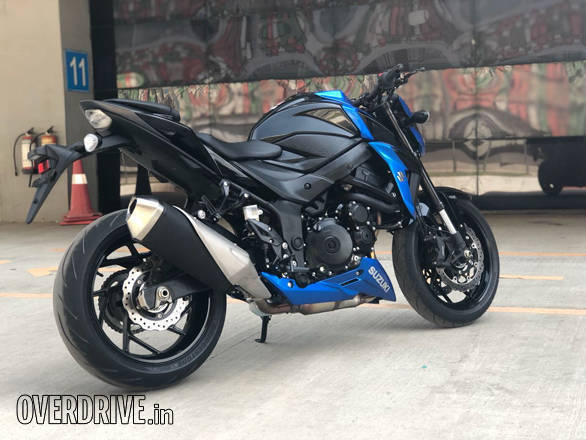 Suzuki is assembling the GSX-S750 from CKD kits and that makes this their second CKD product for India after the GSX-R1300 Hayabusa. The GSX-S750 is also their first sub-1,000cc CKD model which is a good thing in our book. Suzuki is also expected to add the DL650 V-Strom to their line-up in mid-2018.

The GSX-S750 is available now in showrooms. We are expecting the prices to fall in the Rs 7.5-8 lakh ex-showroom bracket - Suzuki is supposed to confirm this to us by today evening. We will update the story as soon as this happens.