Why you should attend the California Superbike School

After a few years in my line of work, you've ridden nearly every new motorcycle out there and experienced the racetrack a fair few times. A few fast laps here, a couple of knee-downs there and it's easy to let the ego inflate a teeny bit. How much fresh information could I pick up over three days at a riding school, I wondered... A very humbling amount it turns out, and that brings me to the first segment of this story. 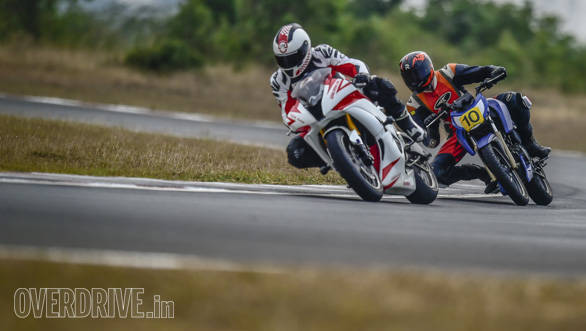 Who is CSS for?

Anybody and everybody on a motorcycle. Attendees at the 2017 California Superbike School included everyone from nervous racetrack first-timers to ex-national championship racers and intermediate, humble pie eaters like myself. And we all learnt something valuable, even if our goals were completely different. For example, Uday Benegal, who rides a Street Twin back home, has no interest in getting his knee down and neither does the gent from Bengaluru on his enormous BMW R1200 GS. Uday simply seemed focussed on being a better, safer rider and he felt the school helped vastly in that regard. In fact, almost everyone I asked said they'd love to return to CSS and indeed, many riders here are happy repeat students, no shame there! 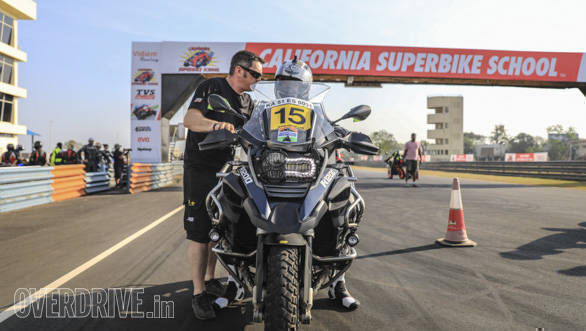 Bikes of almost all shapes and sizes are welcome at CSS, the ideal scenario is to learn on the bike you would usually ride

How does it work?

Syllabus at CSS is split into three levels, each spread over one day. Each level seeks to improve aspects of riding in a particular area. Level 1 deals with the basics and focuses on throttle control, turning points, quick turning and more. CSS wants you to learn, not prove how fast you are, so most of the exercises over the weekend allow just one or two gears and often, no brakes.
Level 2 was less about the body and more the mind. Here, the rider is introduced to new ways of vision and taught to pick up reference points around the track. Higher speeds tend to create tunnel vision which causes you to tense or freeze up with fear. This is completely counterintuitive to going fast. To overcome this natural instinct, the school teaches you to work on peripheral vision which slows things down in the rider's mind. This keeps the rider calmer and thus more confident to stay on the gas just a little bit longer. 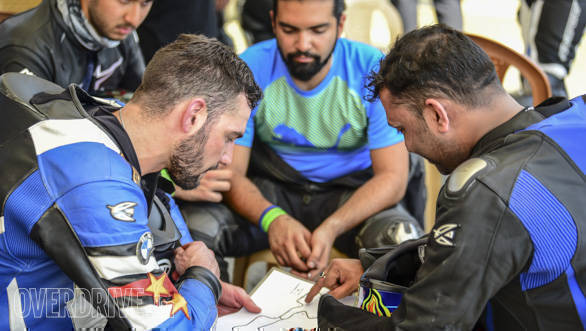 At Level 3, things start to get pretty strenuous on the body as we went through different drills on body position and how control over your body exercises control over the motorcycle. The transition in your riding from day 1 to day 3 is incredible - everyone felt big improvements. In my case, these came in the form of a new-found level of smoothness and my knee skimming the tarmac in places it never used to before. 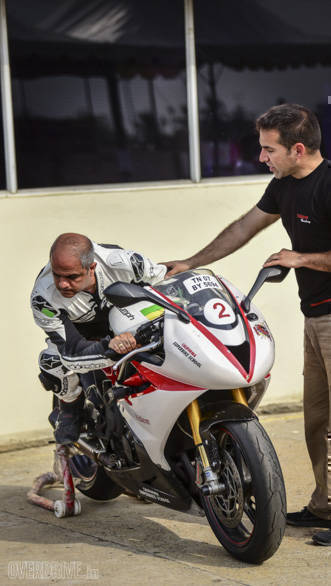 Level 3 is all about the correct body position

Why is CSS so good?

The answer lies entirely in the quality of the coaching. Most, if not all the information dispersed at CSS, is already available on the Internet. The magic bullet is how well that information is taught at CSS. The coaching is truly world class and the on-track coaches have an uncanny ability to spot your mistakes on track as they follow you around. They help you fix these issues by discussing them in the pits and focussing on them in the next session. To get an idea of just how elite this school is head over to their website and you'll see that some of their more famous students have included Wayne Rainey, John Kocinski, Ben Spies, Leon Camier and many, many more. 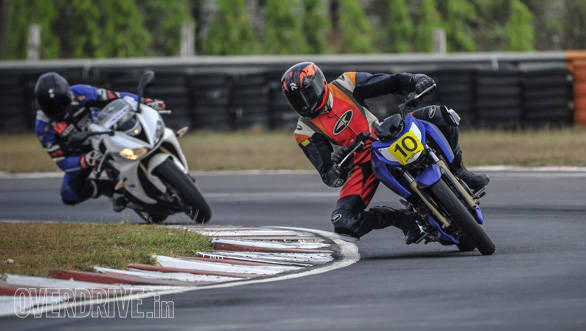 Being a coach at CSS is seriously hard work. We students were split into three batches and each on-track coach was assigned three students from each batch, making a total of nine students per coach. While one batch is on track, the other two are in the pits, either recovering from their last session or sitting in the theory class for their next session. The coaches, however, don't get much of a break at all. They ride with one batch, return to the pits to address each of their three students and then get right back out with the next batch. So while the students run about five sessions on track per day, the coaches run 15. All this on a new racetrack, unfamiliar bikes and in searing heat most of them aren't accustomed to. Despite this, the coaches consistently catch mistakes you didn't even know you were making and remember to look out for you and solve these issues in your next session. The entire process is just incredible!

Who can be a CSS coach?

I automatically assumed that all CSS coaches must have been professional racers given how fast they are on a motorcycle, but that's not always the case. Many were road riders who attended the school numerous times and eventually became coaches themselves, including head coach, Gary Adshead. I asked Gary who can become a coach at CSS and his answer was anyone! Even me? Sure, says Gary, as long as we believe you have what it takes, you can enroll in the CSS coach selection procedure. 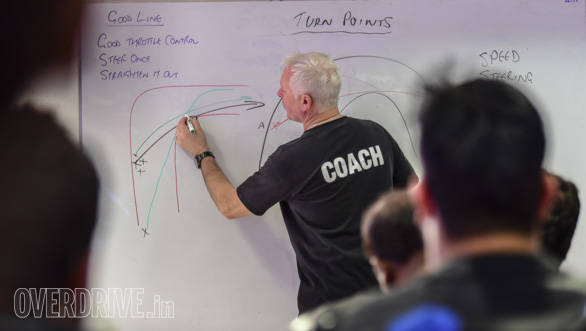 Being a coach at CSS is seriously hard work!

Ah but that's just the start. Training generally takes at least 12 months of shadowing an existing coach to learn the fine art of the trade. There's also an exam to clear that I'm told is notoriously difficult and there are no second chances. So how many trainees actually make it through? Only about 4 in every 100. Vicky Jaising from the Performance Racing Store and Siddharth Trivellore, director, Vidiem (Sid and his father TT Vardarajan are instrumental in bringing CSS to India) are both currently training to be instructors and we wish them both the very best!

What bike should I ride?

The ideal scenario is to ride your own personal machine, whatever it may be. The goal at CSS is not just to learn how to ride fast but to ride better and safer. The speed comes as a natural by-product. Learning on a machine that you are comfortable with and one that you intend to ride in the real world is ideal. However, if you absolutely cannot get your motorcycle to the racetrack, there is a brace of TVS RTR 200 racebikes from the one-make national championship that CSS provides on a first come, first served basis. These bikes are tiny, but quick enough and have a sharp, reactive nature that highlights your mistakes without punishing you too harshly. I spent my weekend at CSS on one of these little machines and I think they make for an excellent learning tool. 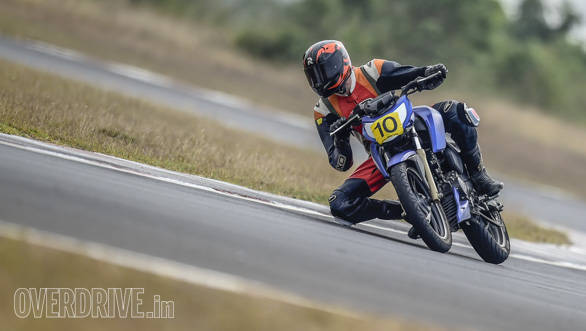 The TVS RTR 200 racebike is agile and responsive, making it a great machine to learn on

Good things don't come cheap and at Rs 66,000 for a three-day weekend, CSS qualifies as a very good thing indeed! Yes, that is a very large sum of money but consider it an investment that will reward you over years of motorcycling. It is, however, worth remembering that CSS imparts a wealth of information in just three days. It is vital to note it down and practise all these lessons after the school to make them a part of your riding instinct. CSS will be back in early 2018 and there is usually overwhelming demand for the limited number of seats. So keep your ears peeled for the announcement on OVERDRIVE if you want to grab a seat.